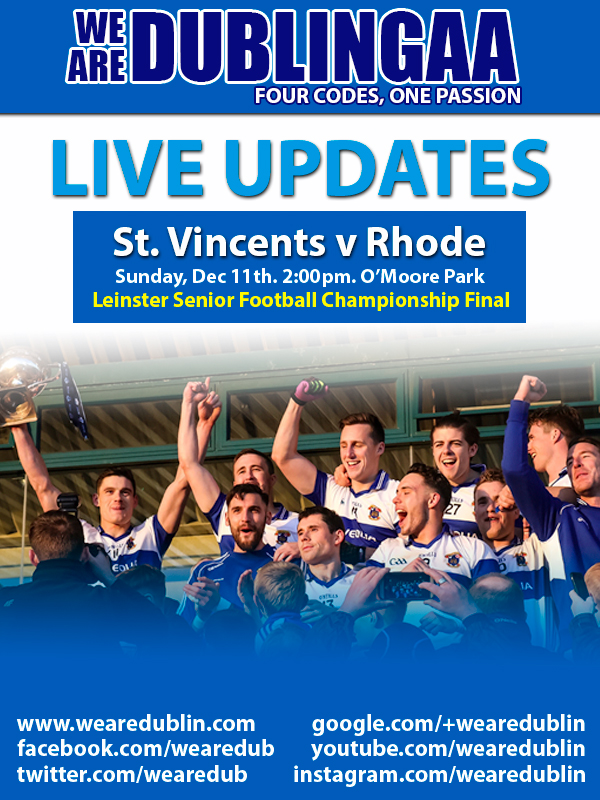 The day has come for Dublin Champions St. Vincents to challenge for their seventh Leinster title as they face Offaly Champions Rhode, who will be no stranger to the Dublin unit.

These two met only two years ago in the Leinster Final in Pairc Tailteann, and Vincents won comfortably that day on a score of 1-13 to 0-06.

Rhode have been runners up in this Leinster competition on four previous occasions and will not want to be bridesmaids another time. They’ve already seen off Gusserane O’Rahillys (Wexford), Simonstown Gaels (Meath) and Sean O’Mahony’s (Louth) to reach today’s final.

Vincents have knocked out Palatine (Carlow) and Mullinalaghta St. Columba’s (Longford) and have looked unstoppable, but in a knock out competition it’s what happens on the day that counts.

We’ll be live from the 2:00pm throw in at O’Moore Park with score by score updates on www.twitter.com/wearedub and we’ll have post match reports and analysis right here and on www.facebook.com/wearedub.