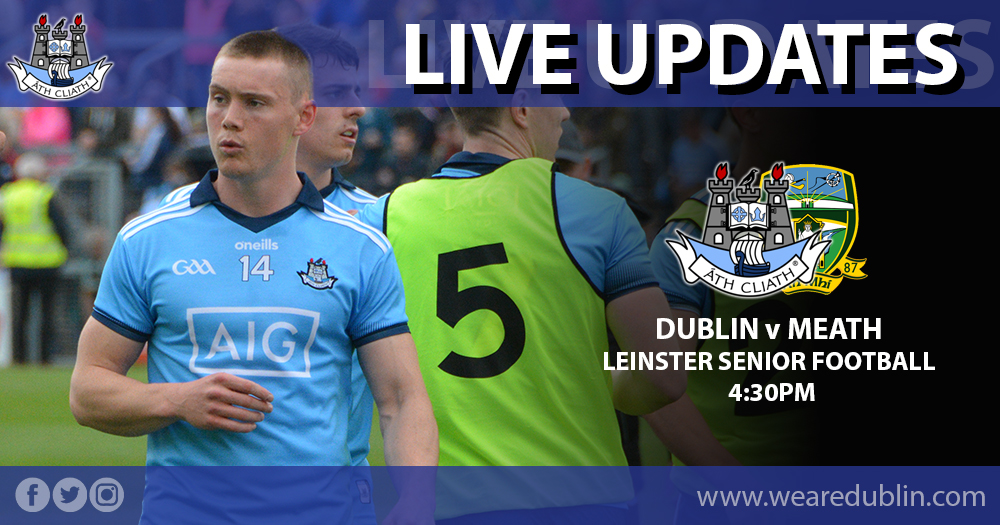 The question most people will be asking today is can Dublin continue to build on the momentum they gained in their recent 1-24 to 0-04 win over Wexford. in terms of performance, it was certainly the best Dessie Farrell’s side has put in since the beginning of the 2022 GAA season. And it’s given supporters more confidence that the Dubs can challenge in this year’s Championship.

Dublin struggled in this year’s National Football League, and will be playing their football in Division 2 next year, with today’s opponents being one of their Division counterparts. Meath had their own struggles in Division 2 this year but pulled away from danger at the end of the campaign, seeing Down and Offaly relegated. And Andy McEntee’s side enjoyed a big win over Wicklow in their Leinster Quarter Final a few weeks ago.

Today is a repeat of last year’s Semi Final, where a laboured Dublin side held off a spirited Meath to book a Leinster Final slot. Cormac Costello and Con O’Callaghan both bagged goals, and both start in today proceedings. Ciaran Kilkenny, Dean Rock and Brian Fenton also had their names on the score sheet a year ago.

James McCarthy is today’s only change to the starting 15 that lined out against Wexford, coming in to replace Robbie McDaid.

We’ll be live from Croke Park later this evening, and we’ll keep you posted if you’re not traveling or can’t tune in to the game. Our Twitter Feed will be displaying Live Updates from the throw in at 4:30pm. Just head to www.twitter.com/wearedub to follow the action. Not on Twitter? Don’t worry, you can follow the feed below this post.

MATCH PROGRAMMES AVAILABLE TO DOWNLOAD FOR iOS AND ANDROID