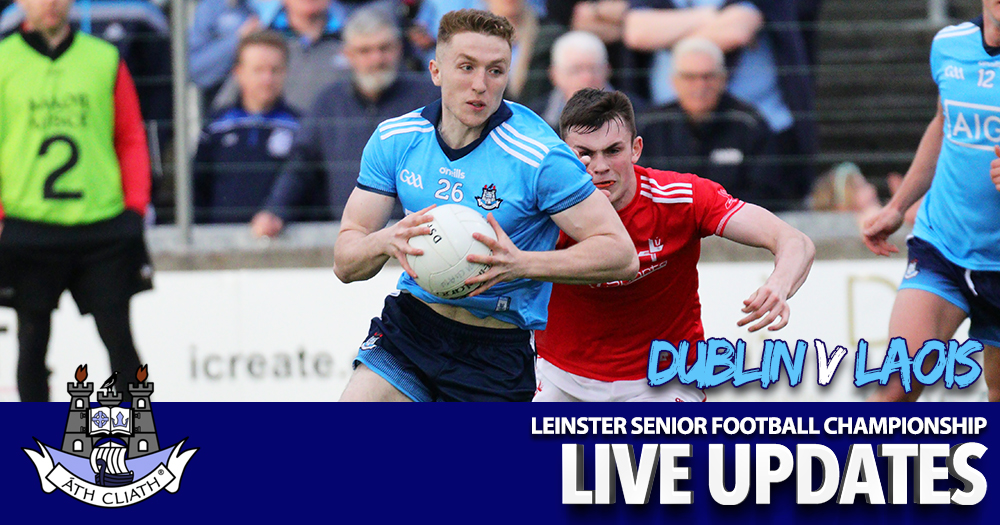 We’re down to the last four teams in the 2020 Leinster Senior Football Championship. Meath and Kildare will kick off this afternoon’s action at Croke Park, with Dublin and Laois squaring off in the second Semi Final. So this evening we’ll know the final pairing for the provincial decider next weekend.

Dublin got their championship defence off to a perfect start last Saturday with a 0-22 to 0-11 win over Westmeath at O’Moore Park in Portlaoise. Laois travelled to Glennon Brothers Pearse Park and came away with a two point win over Longford on a 1-16 to 1-14 scoreline.

The strength of Dessie Farrell’s panel shone through last Saturday with as many as ten players named on the scoresheet. Dean Rock, now firmly installed as Dublin’s all time top scorer, leads the line with his 0-07. Ciaran Kilkenny registered 0-05 in a great individual performance. New boys Sean Bugler and Paddy Small are still impressing with 0-02 each. Con O’Callaghan, Eoin Murchan, Niall Scully, Johnny Cooper, Robert McDaid and James McCarthy all hit the target once each.

Tom Lahiff, who made his Championship debut last weekend has proved to be a more than worthy partner to Brian Fenton in the middle of the park, and takes up his postition again tomorrow in an unchanged 15 to the side that saw off Westmeath. And Dublin are aiming for their tenth consecutive Leinster Senior Football crown, before hopefully puttinn themselves in the mix for a record sixth All Ireland title in a row.

We’ll be live from throw in at 3:30pm, with score by score updates on www.twitter.com/wearedub. And you can find all the post match reports and analysis from the game right here and on www.facebook.com/wearedub.

Fans who want to catch the action can watch the game this afternoon on RTÉ’s New Channel from throw in.

DEAN ROCK IS EXPECTING A TOUGH ENCOUNTER AGAINST TYRONE ON SATURDAY...