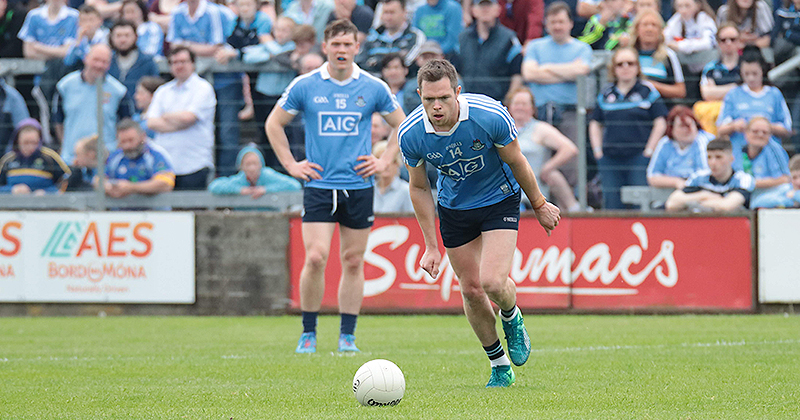 Roscommon were 20 minutes away from second league win, until Dublin did what they do best

Anthony Cunningham’s Roscommon side surely thought it was their day today on home soil. But a second half siege saw the reigning League Champions take hold of proceedings.

With the sides tied on 1-09 a piece at the break, Roscommon took the lead, but once Dublin eventually went through the gears, the home side couldn’t stay with the pace.

Dean Rock registered 1-05, and Con O’Callaghan 1-01 as Dublin now clearly have their eye on a League Final appearance once again.

Jim Gavin called on Stephen Cluxton for the first time this year, and also handed starts to Colm Basquel, Andrew McGowan and Cian O’Connor just before throw in.

Roscommon defended deep as expected but Dublin managed to navigate their way around with Niall Scully getting their first on three minutes. Conor Cox levelled for Roscommon, kicking wide from the right.

Colm Basquel and Paddy Andrews pushed the Dubs back in front, but on thirteen minutes the sides were level again thanks to Donie Smith and Ciaran Lennon from the mark.

But Dublin kept the pressure on with Con O’Callaghan adding another to recapture the lead. Brian Fenton, looking for a score, was fouled by Shane Killoran and Dean Rock converted the resulting free.

Con O’Callaghan lashes it into the back of the net for @DubGAAOfficial pic.twitter.com/DjxHQm7hvN

Dublin’s first goal came in the 19th minute with Dean Rock taking a long high ball down from Cormac Costello. Surrounded by Conor Daly, Conor Devaney and Niall Daly, Rock could only palm the ball away and onto the ground. But O’Callaghan arrived at speed, hammering the ball into the net past Colm Lavin.

But against the run of play Cathal Cregg threw a lifeline to Roscommon, taking a ball from Donie Smith and scoring a goal.

Paddy Andrews sent a score over for the Dubs, but the Cregg goal had lifted the home side and Cox, Ronan Daly and Enda Smith all scored to bring Roscommon level as the half came to a close.

Roscommon went ahead after the break with scores from David Murray and Cox. But they sat back and watched Dublin change gear again. Conor Devaney was sent off for a second yellow card.

Dean Rock exacted maximum revenge and his goal in the 51st minute, after a pile up in the goalmouth, was the difference as Dublin pulled clear.

With Tyrone and Cavan still to face, Dublin have settled and will be pushing for that League Final slot and a potential revenge match against Kerry.