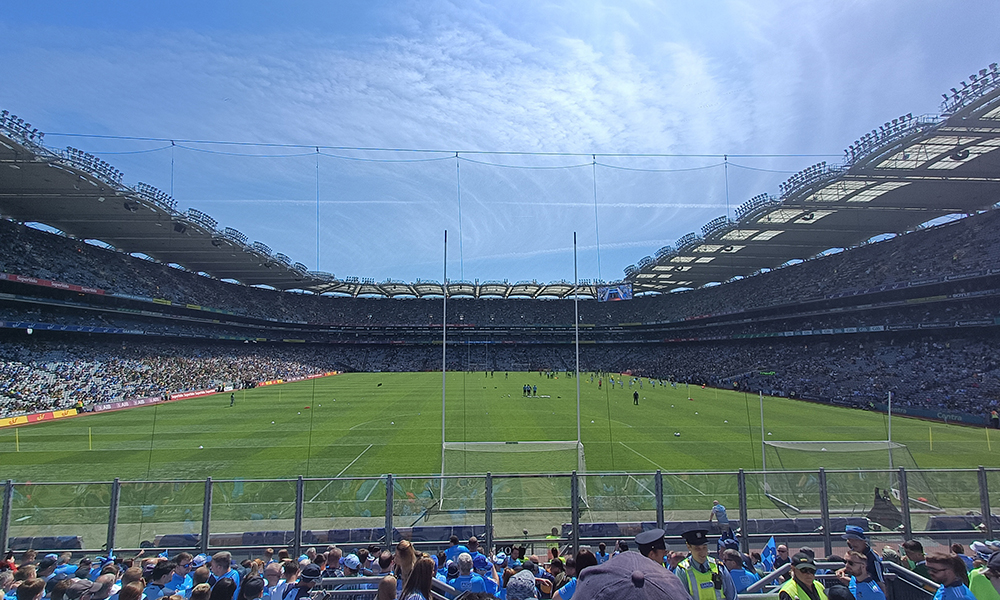 A twist in the tale of an incredible rivalry between Dublin and Kerry. Just like Stephen Cluxton’s long range free gave Dublin the upper hand in the 2011 decider, Kerry captain Sean O’Shea sent a similar shot between the posts at the Hill 16 end to give Kerry their first Championship win over Dublin in 13 years. But more importantly for Kerry they now advance to the All Ireland Football Final to face Galway in 2 weeks time.

The game looked like it was going to extra time after Dublin recovered from Kerry’s 5 point half time lead. But David Clifford was fouled with seconds on the clock, and O’Shea ensured his side would be in this year’s decider. Cormac Costello’s 45th minute goal turned the game on it’s head bringing Dublin within 2 points of their opponents.

Kerry remained in the lead and were three points the better on 62 minutes. James McCarthy hit the first of three Dublin scores. Ciaran Kilkenny added the next two to tie the game with 69 minutes on the clock. Dean Rock and O’Shea traded frees. But ultimately it was O’Shea’s late free convesion that settled the proceedings in Kerry’s favour.

In the opening half, a David Moran diagonal ball was met by Paul Geaney who sent it in the direction of the Kerry captain O’Shea, who finished to the net to give them a 1-01 to 0-01 advantage. Dublin did settle into the game to score the next couple of points. But Kerry impressive response saw them tack on three consecutive points, 2 coming from the boot of David Clifford.

Dublin responded but couldn’t find the holes needed to register enough scores. A mark converted by Clifford gave Kerry a four point lead. John Small was black carded on 21 minutes for an off the ball incident involving Paul Geaney, reducing Dublin to 14 men for 10 minutes. But Kerry made nothing of the advantage. That was helped in part by Evan Comerford suffering a knock after Lorcan O’Dell pulled down Gavin White to earn Kerry a penalty. Thankfully Comerford saved O’Shea’s attempt, and many believe O’Shea should have received a red card for his follow through on the save, but he was given no punishment.

Clifford got Kerry’s fifth and final score of the half to give them a five point advantage and set up a stunning second half for the Croke Park crowd.