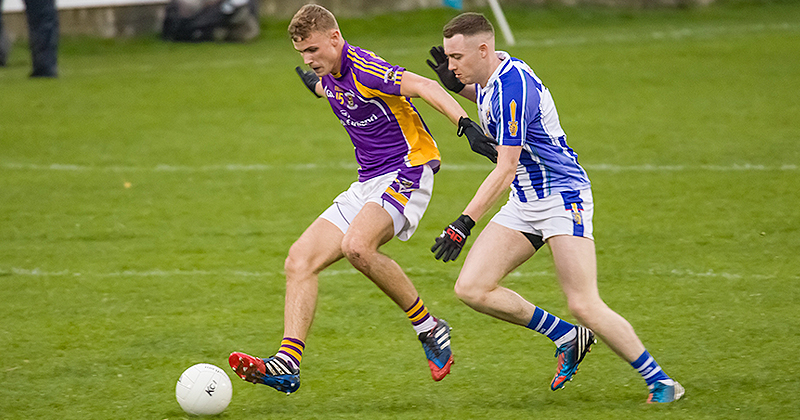 They’ve been waiting a long time but Kilmacud Crokes are back in the Dublin Senior Football Final for the first time since 2012. Back then they were defeated by Ballymun who went on to capture the provincial title. Crokes last Championship final win was in 2010, and they too secured the Leinster crown. But they won’t be looking past the count y final in two weeks time.

To be fair they made it look easy against Ballyboden St. Endas, but their win was well deserved. They’ll now be relishing the chance to play St. Judes for the title.

The Stillorgan men couldn’t have asked for a better start when a string of passes between Conor Casey, Pat Burke and Dara Mullin played Craig Dias on to slot the ball past Darragh Gogan to flash an early goal onto the scoreboard.

A reply from Colm Basquel was answered by a Pat Burke free and it took Ballyboden another 15 minutes before they squared to game. Points from Colm Basquel, two Ryan Basquel frees and a point from play by Robbie McDaid brought the score back on level terms at 1-01 to 0-04. Frees from Paul Mannion and Colm Basquel kept the teams tied. But after an Andy McGowan point off the outside of his boot, the net would ripple again for Crokes.

Crokes score a second goal before the break

Shane Horan produced a clinical finish after a great solo attack to put 0-04 between the sides. Michael Darragh Macauley almost got Boden back into the game a minute later with a bullet of a shot that ricocheted off the crossbar and was cleared from danger. But with a minute of normal time remaining, Dara Mullin scored a point under pressure to end the half with Crokes ahead by 0-05 on a score of 2-04 to 0-05.

Early scores from Shane Cunningham and Paul Mannion stretched Kilmacud’s lead out to 0-07 but Boden start to get a slightly better hold on the game as they slowly cut the gap to 0-03 with the Basquel brothers grabbing a brace of points each. But during this period Boden will have rued the two terrible wides they forced that could have put them in touching distance.

Eventually Mannion broke Boden’s scoring spell with a massive free from 47 metres out, and with Cian O’Connor (free) and Andrew McGowan chalking the final two scores up it left six between the sides with Crokes advancing to the 2018 Championship final.

Is Dublin’s League Form A Case For Concern Or Blessing In...