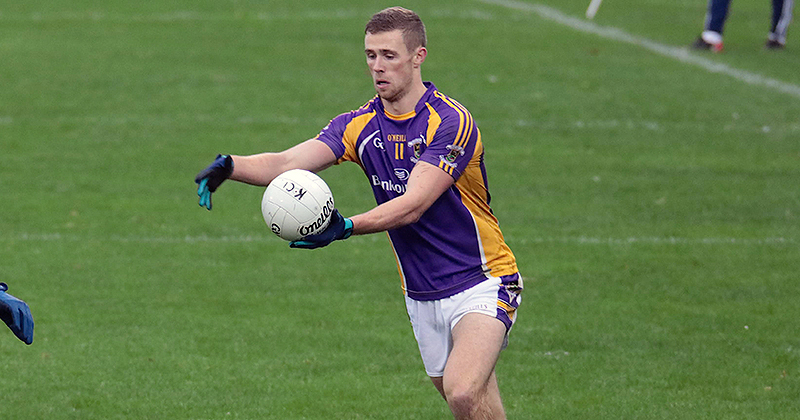 Paul Mannion once again lead his Kilmacud Crokes team one step closer to adding a Leinster title to their 2018 County Football Championship. Two goals early in the second-half saw Crokes easily see of St. Peter’s of Dunboyne at Páirc Tailteann.

For their efforts, Crokes will face a stronger challenge in Laois champions, Portlaoise, in two weeks’ time. But they’ll have the comfort of Parnell Park as a back drop for the Semi Final.

The Dublin Champions were five scores clear at half time and within 12 minutes of the second half they had all but killed the game off for Peter’s. Mannion’s first goal came from the penalty spot in the 38th, after he was fouled himself. But when he added his second, only four minutes later Crokes were streets ahead on 2-10 to 0-05.

The Crokes backroom team left nothing to chance removing Mannion from the action with ten minutes to go due to his on-going hamstring strain. But by then he had scored 2-06 of his sides’ 2-17 tally.

St. Peters started the game with the opening score, but unfortunately went another 20 minutes before adding their second. And during that period, Crokes built the foundations for their first provincial win. Dara Mullin and Pat Burke scored two each to give their side a 0-04 to 0-01 before the halfway point of the first session.

It was no surprise that Mannion would be under the microscope after his performance in the Dublin Senior Final. And as such was fouled more than a few times, picking up valuable frees along the way. The Dublin star converted two and Andrew McGowan added another to stretch the lead to 0-07 to -0-01

Former Dublin U21 All-Ireland winner, Robbie McCarthy, got a point from the Meath champions in the 28th minute to make it 0-8 to 0-3. And Peter’s did make some progress to raise two more white flags. But before the interval Burke had converted two more frees to give his side a five-point interval cushion.

Mannion put the game to bed with the first two scores of the second-half. He despatched a penalty to the net in clinical fashion in the 40th minute after being fouled himself before finishing with aplomb from play three minutes later after a Dunboyne passing move broke down in defence. And in front by 2-10 to 0-06 at the last quarter mark, Crokes emptied their bench, removing Mannion, Horan, Burke and Cunningham.

Kilmacud still managed to outscore their opponents seven to one in the last quarter including scores from defence by Cian O’Connor and Cillian O’Shea.