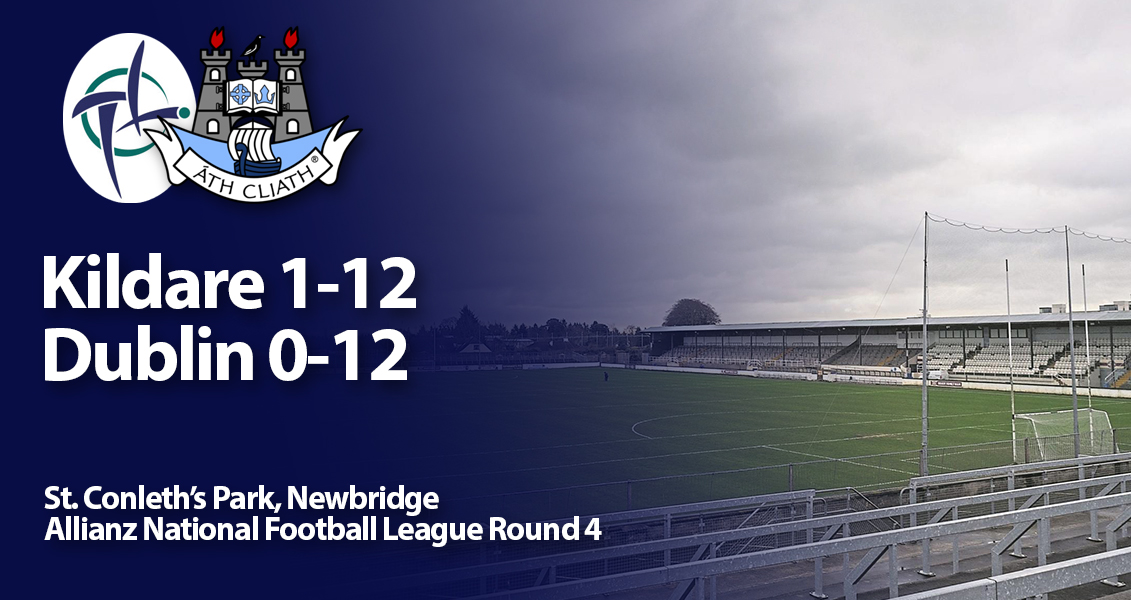 Kildare gave their relegation fears a boost this afternoon as Dublin’s fears increase. And with Dublin’s remaining 3 games all against Ulster opponents, it’s now an even steeper mountain to climb to save their Division 1 Football League status. And the games against Tyrone and Monaghan will be two of the toughest road trips Dublin will have faced in a very long time.

Decided by Jimmy Hyland’s 49th minute goal, leaving 6 between the sides, Kildare had done enough the secure their first league win. In the third quarter Dublin appeared to be coming into the game traling by four. The gap was closed to 3 after back to back Dean Rock scores. But Hyland palmed in the crucial goal from close range, knocking a nail into Dublin’s coffin.

With 0-04 from play Sean Bugler impressed for Dublin today, but the visitors trailed for almost the entire game. Initially the sides were level on four occasions but a strong second quarter from Kildare saw Daniel Flynn, Kevin Flynn ang Hyland push the lead out by 0-08 to 0-04 at the break.

Dublin did shade the early parts of the second half, but after Hyland got the ball over Dublin’s goal line, it was all but over for Dessie Farrell’s charges.