St. Judes and Dublin star Kevin McManamon weighs in on the current topic of appearance fees 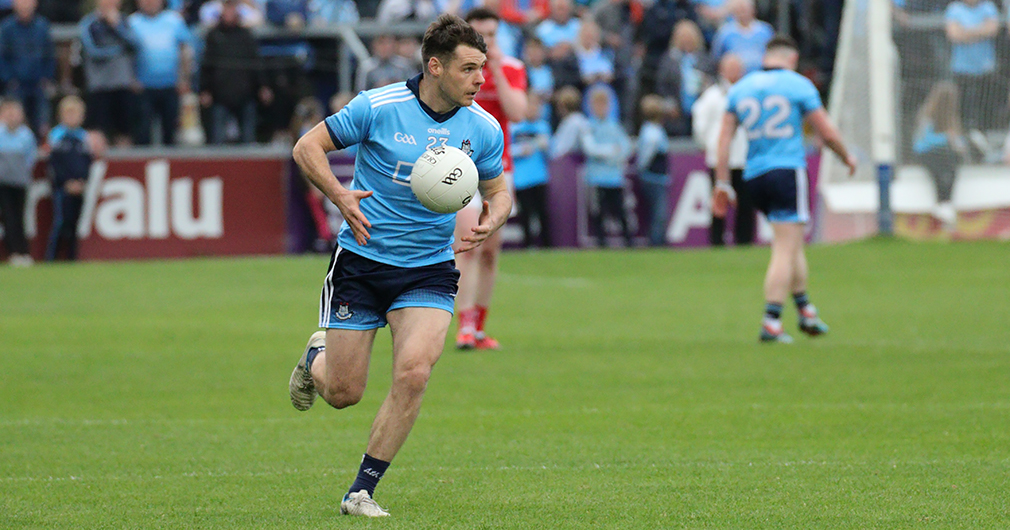 The support for Dublin, more particularly Dublin Senior Football, is not lost on the players. Not by a country mile. And this year over any other, that support could guide Jim Gavin’s current batch of stars back to the top of the mountain for a record fifth consecutive year.

Recently various questions about these players’ “stardom”, and it’s benefits has come front and centre again. Figures, which appear to be snatched out of the air, are circulating on how much a multi All Ireland winner can request for an appearance, with one source quoting as much as €6,000. The question to as is, not only is it true, but how does it make the players feel about the subject.

53 Championship appearances, mainly as a substitute. 8 goals and 44 points, with his goals against Kerry in 2011 and 2013 forever alive in the memories of every Dublin fan walking. St. Judes star Kevin McManamon has been around a while. He’s one of the lucky players to have been involved in every All Ireland win this decade. You’d imagine an asking price for an appearance for someone like Kevin would be quite a pretty penny?

“I don’t know where they came up with those figures because I’ve never seen anything like that, to be honest with you.” McManamon told The Times this week.

“I don’t know where it came from, saying that people are getting six grand to go and give medals out? Like, that’s not true, that’s just not true.”

“If people are giving up their time, and if they’re training as much as they are and they’re going out and doing a sponsorship thing, all well and good, they get a few bob, but I haven’t personally seen figures like that.”

McManamon made his own sacrifices to ensure he could play

The subject is one that Kevin doesn’t appreciate and from a personal point of his own story and the sacrifices he’s made over to years to enable him play football would not be uncommon among any player in the same position. McManamon, along with a Judes team mate set up a fresh food company for one reason. So he could dictate his hours in order to be available for football.

“It was just so I could play football really, I didn’t really enjoy the job that much.”

‘Anyone in my career that’s supported me or that’s helped me become the player I am doesn’t get paid. That’s how I would look at it.”

“It comes out the odd time and people say it’s all about money, and you’re kind of just used to it at this stage. Some people are trying to use it as bait to wind us up. You just kind of smile at it.”

Leave it to John Costello and the County Board

Dublin have won 14 Leinster title successes in the last 15 years. With Jim Gavin at the helm they have won 21 out of 21 games in Leinster. And it’s this particular dominance that seems to be spurning the negative attention. The millions that have been distributed to the county in games development and coaching grants.

“I’d leave that up to John Costello and the lads in the county board, but does it affect us? It’s hard to know. Obviously if you say those figures it makes it sound like it does. I don’t feel it or experience it.”

For McManamon it is and has always been about his love for football and his desire to become a legend in the blue of Dublin. And at 32, while his illustrious career may be in the latter stages, he’s still a point to prove.

“I have a few goals every year I’d like to achieve”, he admits.

“And then at some stage this year, hopefully, I’ll be able to play 70 minutes.”

Bernard Brogan Announces He’s An Expecting Father To Be