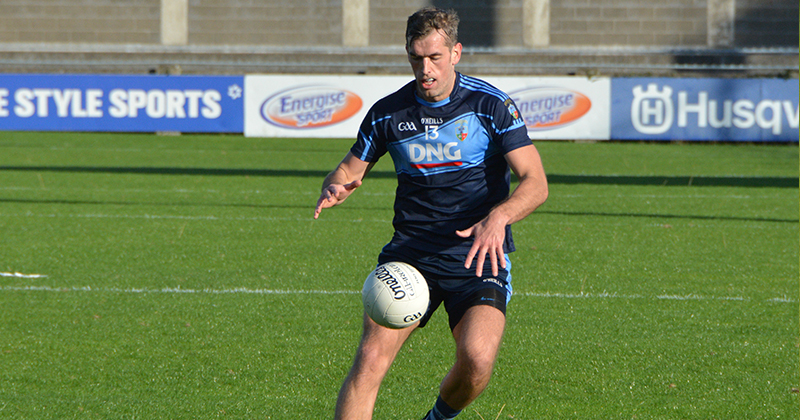 They did two weeks ago and sent Ballymun Kickhams packing. But yesterday must surely stand as their greatest victory, beating reigning Champions St. Vincents to advance to only their second Senior Football Championship Final. And it’s only short on ten years since their defeat to Ballyboden St. Enda’s in the 2009 Final, their only other appearance.

But the manner in which Judes took hold of the game was second in yesterday’s talking points. Diarmuid Connolly was again sidelined once again since his return from Boston. And Enda Varley not seeing any action until the break, it definitely had some Vinnies fans scratching their heads.

The beginning of the game was to script, or at least was to most neutrals. Vincent’s started the stronger and within eight minutes had established an 0-04 to no score lead thanks to Gavin Burke, Nathan Mullins, Eamonn Fennell and a Mossy Quinn converted free.

Kevin McManamon got Judes on the board with his only score from play. Michael Concarr had been charged with man marking the attacking threat, which he did superbly. But there were Judes players waiting in the wings to step up in this game. Niall Coakley swung one in off his left after Lorcan Smyth had done the same at the other end.

Padraic Clarke, Judes top scorer in the game, chalked a beautiful effort over after beating Eamonn Fennell. A minute later he converted his own free after a foul. By the 25th Seamus Ryan had scored a rare point to leave the teams level. All of a sudden the deficit was cut and we had a game on our hands.

Four minutes of normal time in the first half displayed on the clock and Clarke would issue the first of two battle calls for Judes. Kieran Doherty sent a beautiful cross field pass into the square where Clarke met it with his fist to send the ball into Michael Savage’s net and a green flag was raised. McManamon added a free off the ground two minutes later and all of a sudden, Vincents were heading for the dressing rooms down by four with the score of 1-06 to 0-05 on the board.

Connolly and Varley emerged togged out for the second half throw in but Judes were playing the champions at their own strategic game. They held possession make it difficult for Vincents to break them down. And it worked with the Marino outfit not registering a score for almost 25 minutes. In that time Simon King had added an other point for Judes. And in the forty first, Seamus Ryan saw his first half point and raised it to a goal. Judes were seven points clear and very comfortable.

No Road Back For Vincents

Coakley added another to his tally to extend Judes lead to 0-09. Varley finally got into his stride with seven minutes to go, scoring two frees in the space of a minute. But even that didn’t make Vincents look like they would mount an attack.

And with time running out for the champs, Coakley would convert another free after Neal Mangan was fouled. And Chris Guckian would finish the game in the third minute of additional time, giving St. Judes an emphatic win.

You can take nothing away from St. Vincents for being fantastic champions over the years but the day belonged to St. Judes, who have proved now over two games that they deserved to be part of the Senior Championship Final on Bank Holiday Monday, October 29th, against Kilmacud Crokes.