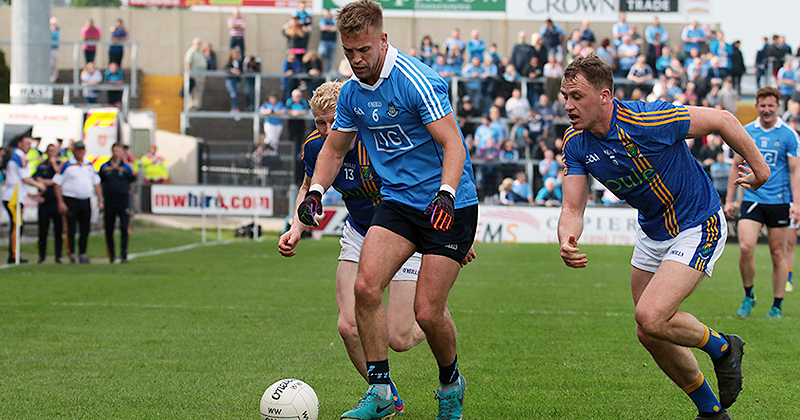 If Cian O’Sullivan is the sweeper that helps quell the sparks before they become the flames? Then Jonny Cooper is an out and out fireman! And in 2018 he showed again that he is the embodiment of Jim Gavin’s approach.

But being part of the Dublin defence is one of the toughest in the business. Michael Fitzsimons, Eoin Murchan, Eric Lowndes, James McCarthy, John Small, Jack McCaffrey, Philly McMahon and O’Sullivan. They all have major individual roles in this machine. But the mans that pulls that altogether is Jonny Cooper, who has worn every jersey from one through seven over the years.

The Na Fianna man has had a fantastic working relationship with Gavin since captaining the U21 team to All Ireland success in 2010. And what people love about him is how he has learned to play right on the edge. He’s become a master at it, and as old school as you can get.

Owen Mulligan spent his days with Tyrone playing alongside some of the toughest back in the country. Back when names like Ryan McMenamin, Conor Gormley and Philip Jordan would make you shake in your boots at the mere mention of them. And the Cookstown man sees very similar traits in Cooper. And even compares him with one of the edgiest soccer players in the world.

“He’s a match winner. Tyrone lack such a figure.”

Watching Cooper play football, he puts everything into it. And when push comes to shove, he plays like his own life depended on it. He’s seen his share of black cards over the years, but he’s mastered his craft and learned from it.

“Cooper controls Dublin’s back line, and if referees need to be challenged he’s the first man up, like butter would melt. Cute hoorism comes to mind.”

“He dives as if he’s been shot by a sniper and he fouls cynically in all the right areas.”

“You can’t teach this, you’re just born with it. The opposition hate him, but he’s a cult hero on Hill 16.”

When asked what the future holds for his native county, Mulligan tips his cap to his former mentor, believing Mickey Harte is definitely the man to bring Tyrone on next year.

“Mickey’s built a new team. Colly Cavanagh and Cathal McCarron are the only two who are over 30. He’s brought confidence back into the set-up, he won two Ulster’s in a row in 2016 and 2017, and made it to the All-Ireland final this year which will really bring them on.”

“Nobody gave them a chance, but the bond and togetherness they’ve showed means they could be dinning at the top table for a long time.”

On paper at least, Tyrone were really the only team to really challenge Dublin in this Championship. And the Super 8 game in Healy Park is evidence of that fighting spirit Harte has instilled in his players. With Kerry winning their fifth Minor All Ireland title on the bounce, the future is definitely bright in the Kingdom. But this Ulster side should see success again next year if they continue on their current incline.

“To get to an All-Ireland final after being beat in the first round of the championship and build a new team shows that Tyrone are going in the right direction.”

“I genuinely believe he’s the man to bring us forward. He’s had a few shots at the likes of myself and other former players, but we’re entitled to our opinion and we have to call it as we see it.”