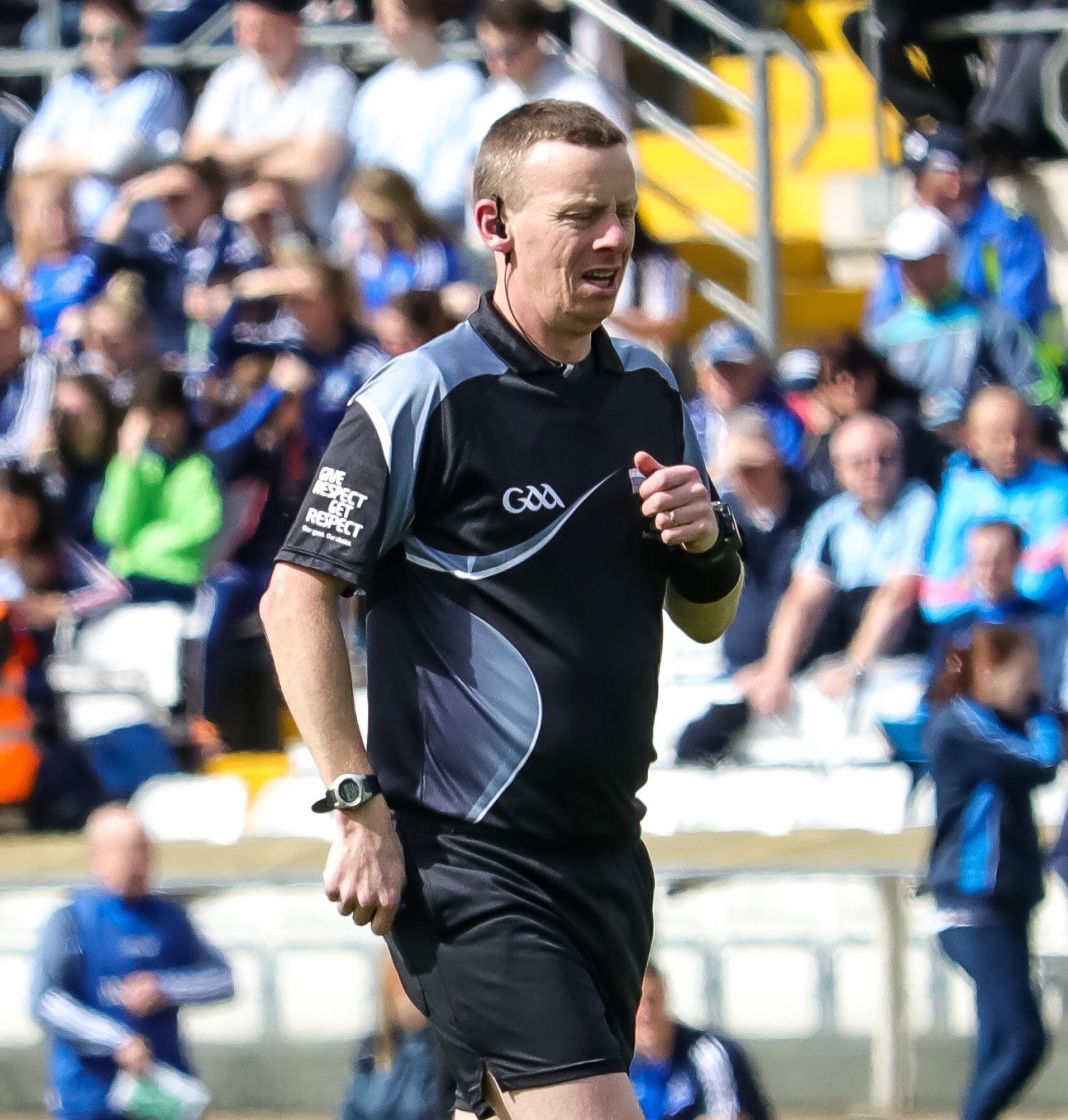 The GAA have confirmed that Cavan’s Joe McQuillian will referee the 2017 All Ireland SFC Final between Dublin and Mayo.

This will be the third time McQuillian has taken charge of the senior Final having previously officiated the 2011 and 2013 finals.

“It is great honour with two big teams in it, so I’m just delighted,” McQuillan told GAA.ie.

“I found out this morning, I knew I was on the shortlist, but until you get the phonecall you are still never sure who is going to do it.

“I refereed Dublin and Mayo in the Final in 2013, and two years ago in the drawn Semi-Final. I’m familiar with both teams, I know the players involved. It should be an intriguing game between the two standout teams from the last couple of years, who keep coming to the top. It will be a great day.”

McQuillian has already been in charge of two games in this year’s Football Championship involving Mayo, the Connacht Senior Football Semi-Final against Galway and the All Ireland SFC quarter final against Roscommon.

In the lead up to the 2012 All Ireland SFC semi final between Dublin and Mayo, then manager James Horan and a number of ex Mayo players through the media started a campaign questioning the Cavan whistlers performance in the previous years All Ireland Final.

They claimed he was ‘pro Dublin’ and also made accusations that McQuillian refereed Dublin’s A v B in-house games, something that was denied by Dublin GAA.

Whether it was true or not, the campaign certainly had the desired effect on McQuillian’s performance in the semi final as he gave an imbalanced officiating display in Mayo’s favour.

The 2013 All Ireland Final between the sides was even worse as McQuillan awarded Mayo 37 frees on the day and just 12 to Dublin. Although Dublin won the game, the performance from Joe irked Dubs manager Jim Gavin who expressed his annoyance in his post match interview.

Gavin is not one to criticise referees and normally is very complimentary towards match officials, so for him to be so outspoken in 2013 spoke volumes.

The Dublin manager constantly references the fact that all that players, managers and supporters want from referees is consistency.

Now in fairness refereeing is a hard job and players themselves can make it even more difficult with their on field antics, Referees are in a no win situation, they are damned if they do and damned if they don’t.

But the question now that will be asked by Dublin supporters is, will Joe McQuillan consistently apply the rules equally for both sides on the 17th Of September or will he once again officiate heavily in Mayo’s favour.

The hope will be that at the end of the All Ireland Final, the only thing that supporters, analysts, TV pundits and journalists will be discussing is the game itself and not the officials.

GAA WARN FANS TO ONLY BUY TICKETS THROUGH OFFICIAL CHANNELS