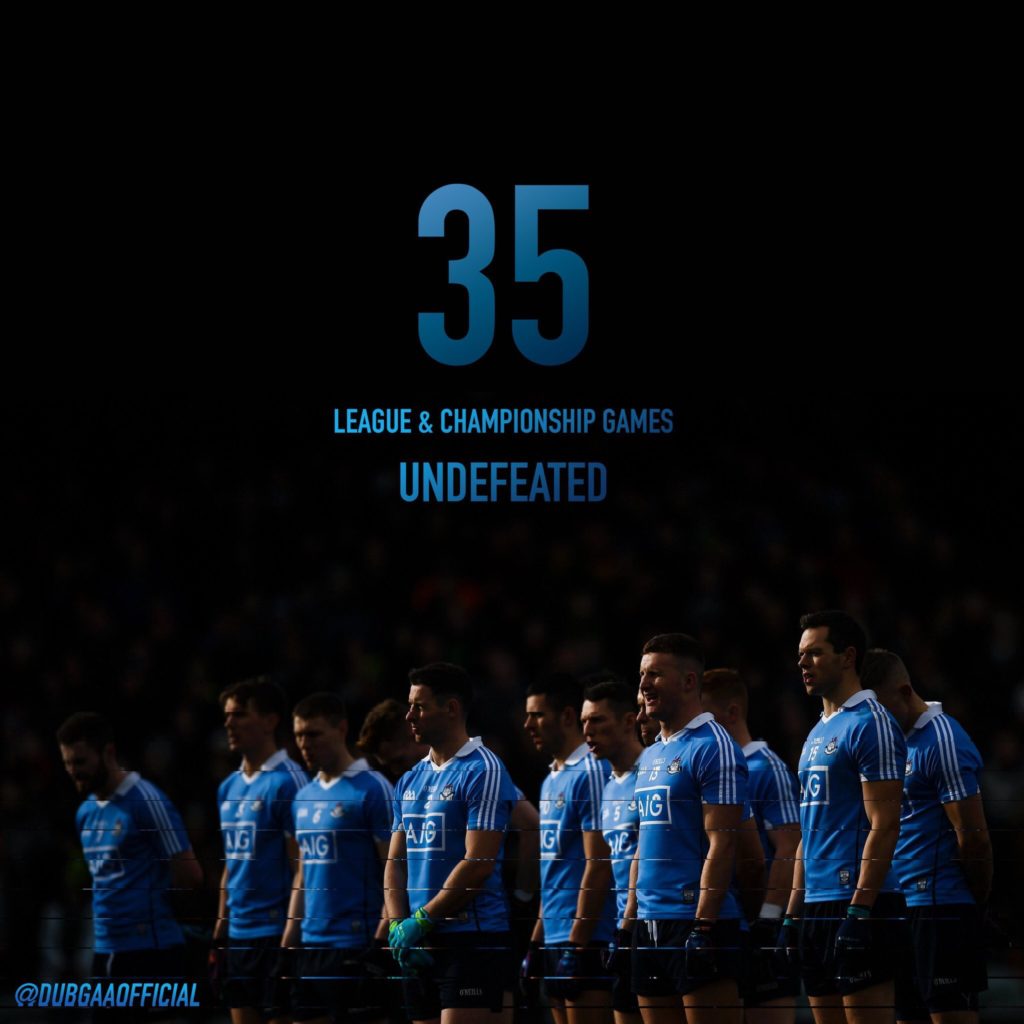 Just like many in the past who have been the standout team in their sport, the achievements of Jim Gavin’s Dublin squad won’t be fully appreciated until they have headed off into the sunset of retirement.

It’s been an unbelievable run to go 35 games unbeaten in the modern game and a record that more than likely won’t be beaten in current supporters lifetimes.

No matter what your county affiliation is or views on the Dublin team, their supporters or the city, if you are first and foremost a lover of the game, you have to appreciate what an achievement it is to go that long unbeaten in League and Championship.

It’s a golden age for Dublin supporters and Gavin and his squad are a special bunch, for those of a Sky Blue persuasion who suffered the barren times for many years this has made up for all that heartache and May it continue for a few more years at least. #historymakers #35Unbeaten