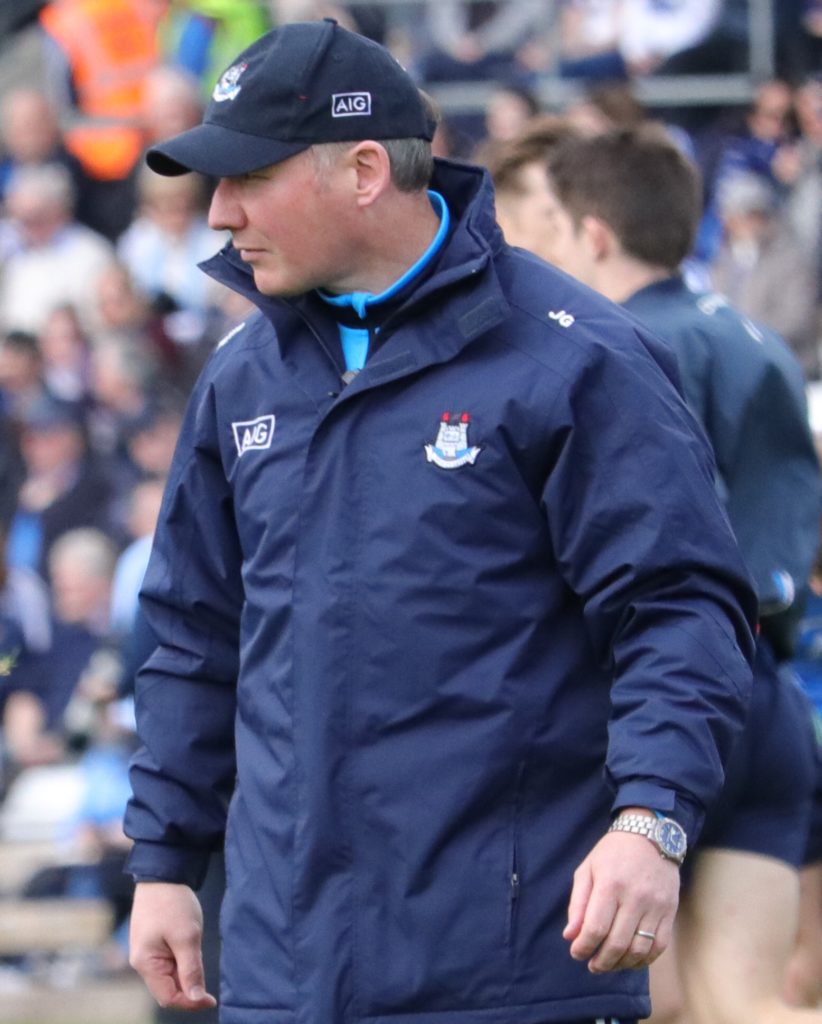 Dublin sent out a big statement of intent last Sunday afternoon in Croke Park with their 31 point demolition of Westmeath, it was a scintillating display of attacking football, that was a big two fingers to those who were disrespectfully proclaiming the Dubs as a declining team.

But on Sunday evening the performance from Dublin wasn’t the big talking point, what did grab all the headlines was Jim Gavin and Dublin’s decision to blank the broadcast media for one-to-one interviews.

Jim Gavin’s post match interviews are normally calm and polite with little given away and in the main a nonevent. For Gavin to come to this decision was certainly out of character, but it was obvious recent coverage of the Diarmuid Connolly incident that seen the St Vincent’s man receive a 12 week ban had really annoyed the Dubs boss.

In front of the gathered press Jim let his feelings be known, he firstly explained that he couldn’t condone any player interfering with a match official, Connolly had made a mistake and everyone including the player accepted that, but Gavin felt Diarmuid’s good name had been attacked by certain broadcast pundits particularly Pat Spillane and Colm O’Rourke.

“We had the national broadcaster in their post-match review, both Pat Spillane and Colm O’Rourke, but particularly Pat read out a pre-determined statement, which was disappointing.

“Particularly because both of them are teachers you’d hope they’d understand that people do make mistakes and that due process should be allowed before we become judge, jury and executioner in one particular incident.

“We saw on Sky Sports the rulebook being read out against them.

“I have a duty of care for the player and I firmly believe there was an attack on his good name.

“Freedom of expression and opinion is an important part of our constitution in the Republic but it’s not absolute. You can’t attack somebody’s good name unwarranted and I believe it was on this instance.

“The bile and the malevolent attitude that certain broadcasters went after him with… an incident happened in the game and we need to let the referee’s report be issued and then we can reflect on it. I don’t condone what happened and neither does he. But people really went after him, and that is disappointing from the Gaelic Athletic Association.”

While Gavin’s decision to back his player by refusing to do one-on-one interviews got the full backing of many Dublin supporters it brought a mixed reaction from journalists, pundits, ex-players and managers over the last few days.

Joe Brolly ironically on the Sunday Game backed up Gavin’s opinion on Spillane’s over the top comments as he said,

“You have to say, it was like watching counsel for the prosecution. Pat had everything on but his Kerry blazer and his Kerry tie. I thought to myself after, the CCCC are going to act here.”

The next day though in the press two ex Dublin players Alan Brogan and Ciaran Whelan didn’t agree with Gavin’s actions and thought he could have taken a different approach and Whelan said, “I don’t think it reflects well on Dublin football if they are to withdraw services from national broadcasters. I don’t think that would be a good image for Dublin football going forward.”

Grimley is fully supportive of Jim’s defence of Connolly and said the Sunday Game panel can’t be involved in character assassinations. Galway manager Kevin Walsh when asked said the Dublin boss was ‘100 per cent’ right to refuse to conduct broadcast interviews and right to protect his players. Walsh believes there are places to deal with yellow or black cards or whatever else goes on in a game but Trial by television jury is not one of them.

Former Dublin boss Tommy Carr also backs the current bosses stance and believes that this is not a stunt to create a siege mentality among his squad and that Gavin and Dublin are genuinely annoyed about the media coverage.

Whatever side of the fence your on regarding Gavin’s decision to blank the broadcast media, he was right to protect his players, the imbalanced coverage of the Connolly incident is not an isolated one.

Earlier in the year Gavin was also prompted to relate his concern at the tone of the discussions in the media attempting to portray the Dubs as a dirty team in the lead up to the league final meeting with Kerry by the ‘Dublin Media’ as they are fondly called by those outside of the capital, a laughable tag as most of the journalists in the Dublin based media are culchies.

Although no one will say it, but looking in from the outside at the two above examples, it is certainly starting to look like there is a concerted effort in the media to go after Dublin and derail their title defence.

Is that a paranoid view, maybe, but there is certainly a pattern starting to emerge of very imbalanced media coverage aimed squarely at Jim Gavin and his squad. That though will make lifting a third All Ireland title in a row this September all the sweeter for all involved.

ONE CHANGE TO MINOR FOOTBALLERS FOR ALL IRELAND QUARTER FINAL

“WHELAN IN THE YEARS” – DENIS BASTICK

DUBLIN WILL WAIT LONGER TO FIND OUT THEIR SEMI FINAL OPPONENTS