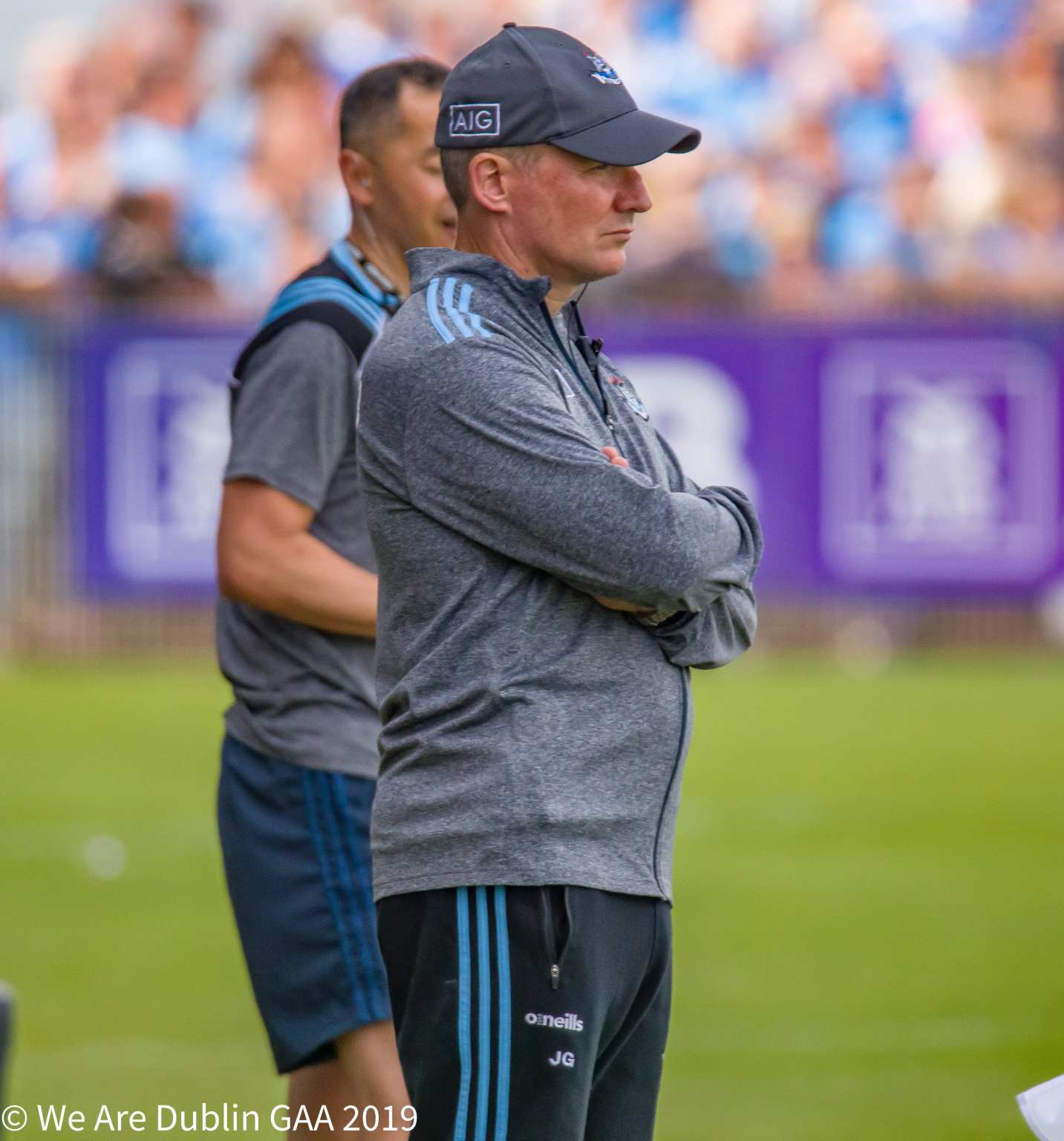 Dublin manager Jim Gavin has been left with plenty to ponder after last Sunday’s drawn All-Ireland final as he prepares for the replay with Kerry in Croke Park on Saturday week.

Gavin will have to come up with answers for a number of areas of his team that didn’t function at its normally high standard and that won’t be as straight forward task as it might seem as playing with 14 men for over forty minutes of the final certainly contributed to an under par performance and could effect some decisions Gavin must make.

The late introduction of Jack Barry by Kerry, the positioning of four players across the middle and the ploy of keeping kick-outs away from Brian Fenton allowed Kerry to keep both Fenton and Michael Darragh Macauley on the periphery of the game.

Notwithstanding this Dublin were still leading by five points heading to the break, but that all changed with the sending off of Jonny Cooper. But Gavin must figure out a way to counter the Kerry tactics and get both of his forward running midfielders onto more ball in the replay.

Fenton had registered 3-08 ahead of Sunday’s encounter, Macauley is also a scoring threat going forward but neither got into positions deep enough in the opposition half to add to their championship tallies.

Does Gavin shake things up in midfield and go with either McCarthy or Howard in the middle and hold Macauley for later in the game. Jim has shown in the past that he is not afraid to change things.

In 2016 for the replay against Mayo he dropped Bernard Brogan, he also benched Macauley and Byrne and brought Paul Flynn into midfield, Dublin went on to win the game, it wouldn’t be a surprise to see a change around the middle of the park the next day.

Jim will have to look at his match-ups in defence as well, Cooper was clearly struggling on Clifford and probably should have been switched before he was shown the line. Michael Fitzsimons did a decent job on Clifford after the sending off and looks ready made for the job the next day.

But with Jonny available for the replay does Gavin once again pair him up against the Kerry youngster and hope that firstly there isn’t a repeat dismissal or worse still that Copper becomes tentative in the tackle and thus allows Clifford to run amok, it’s a tough choice.

Two other areas of concern was the return from his forward unit and the lack of impact from the bench. Now Dean Rock was magnificent in the drawn game, but the other five forwards contributed just three points and none of the three half forwards contributed a single score.

In saying that Brian Howard was played in a deeper role and was outstanding in the game winning possession, but Kilkenny although he got on plenty of ball and had a hand in a number of scores failed to score, Niall Scully normally pops up for a score or two but was by and large anonymous and Paul Mannion and Con O’Callaghan were quite by their standards with just a return of three between them.

Some are pointing to Kerry’s defensive set-up but it was helped by two factors, the lack of penetrating runs from midfield and the slower delivery of ball to the inside forward line. This enabled Kerry to get multiple bodies around the D which in turn forced Dublin players to uncharacteristically shoot low percentage efforts something not seen for a long time.

Would this tempt Gavin to start Diarmuid Connolly given his array of passing and ability to bring the x-factor to the game. If not he certainly needs to use a game plan to try an isolate Mannion and O’Callaghan one on one with their direct markers as he did against Mayo.

And finally there will be some big calls to make when he picks his numbers 16 to 26. One of Dublin’s many strengths has been the quality of player they could call from the bench and the impact they made on games.

That failed to materialise on Sunday, Eoin Murchan did do very well when he came on but Gavin got no scoring return from his five changes.

Although it has to be noted that three of those changes Diarmuid Connolly, Cormac Costello and Kevin McManamon were strangely not made till between the 67th and 70th minute of the final so they had little time to get to the tempo of the game.

Still that may lead to Gavin mixing things up on his bench for the replay and open the door for Bernard Brogan and Eoghan O’Gara to make the match day squad. Brogan’s experience, guile and ability to find space could certainly be an asset particularly as bodies tire in the second half.

Eoghan O’Gara offers height, strength and can be an excellent target man on the edge of the square if Dublin needed to go a more direct route and he has shown in the past that he can get goals, high balls aimed around the square was one area that Jim Gavin’s side didn’t test the Kerry defence on last weekend and that route might cause chaos particularly late on.

So there will be plenty to occupy the mind of Jim Gavin over the next 10 days and maybe there will be some tough decisions for him to make, his squad selection, game plan and match-ups for the replay will be very interesting.

Dean Rock – Guys Get Confidence From Being There In The...