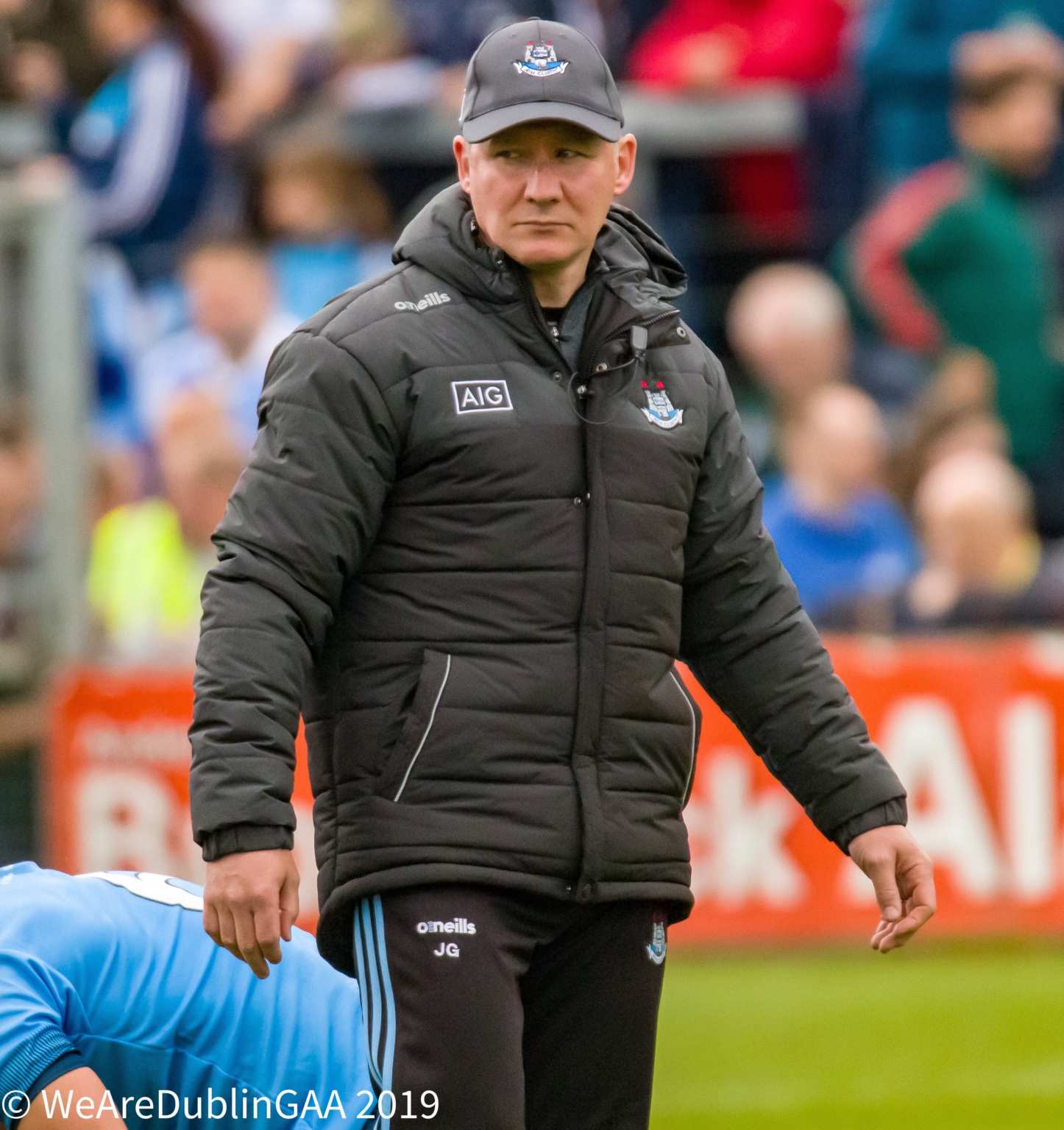 Jim Gavin’s has been recognised for guiding Dublin to a championship five in a row with three awards, the inaugural EirGrid Manager Moment of the Year award and Eirgrid Manager Moment Of The Month For September.

The Round Tower clubman was up against some tough opponents for the Eirgrid Manager Moment of the Year Award.

Laois manager Eddie Brennan was up for the top title after being awarded the Manager Moment of the Month prize for his team’s win over the Dublin hurlers in July.

Tipperary boss Liam Sheedy was given the August Manager Moment of the Month award after the superb display his team put on when they won their 28th All-Ireland title and therefore was also eligible for the top prize.

EirGrid, the state-owned company that develops and manages the flow of electricity across the land, launched the monthly award back in July as a celebration of their fourth year as the Official Timing Partner of the GAA.

The award looks to recognise the contributions of managers and celebrate a specific moment from the Football and Hurling GAA Senior Championship that had the power to light up and capture the public’s imagination.

A panel of GAA experts were on hand to identify and select the managerial moments that stood out across both codes of the Championship and that deserved special recognition.

The selection panel were impressed with Gavin’s decision to change the starting 15 for the All-Ireland Final replay and start Eoin Murchan.

The young Na Fianna player put on a first class performance in defence against the Kingdom and scored a cracking goal within seconds of the second half which ultimately changed the game. The Dubs’ experience became clear as they took control of the final 35 minutes.

Gavin led his squad to another All-Ireland victory and Dublin did what no other team has done in the senior championship before by lifting the Sam Maguire Cup for a fifth year in-a-row.

The managers that won the monthly award received a sports watch and as the overall winner, Gavin has won a scoreboard for his GAA club or a GAA club of his choice.

Speaking about the EirGrid Manager Moment of the Month, Valerie Hedin, Head of Communications at EirGrid, said:

“I would like to extend my sincere congratulations to Jim Gavin on being awarded the EirGrid Manager Moment of the Year. Jim’s powerful leadership qualities and expert managerial tactics have played a huge role in the development of the players.

“This is evident from the skill and expertise they showed in the All-Ireland Final replay leading them to become the only team to have won five Senior (Men’s) Football Championships in-a-row.

“This is the first year that EirGrid have looked to reward and celebrate the dedication, knowledge and energy that is required from the managers who help to shape the game.

“Through EirGrid’s timing partnership with the GAA, we have the opportunity to not only reward the manager for their actions and efforts but also give their club a prize that will really benefit the community.”