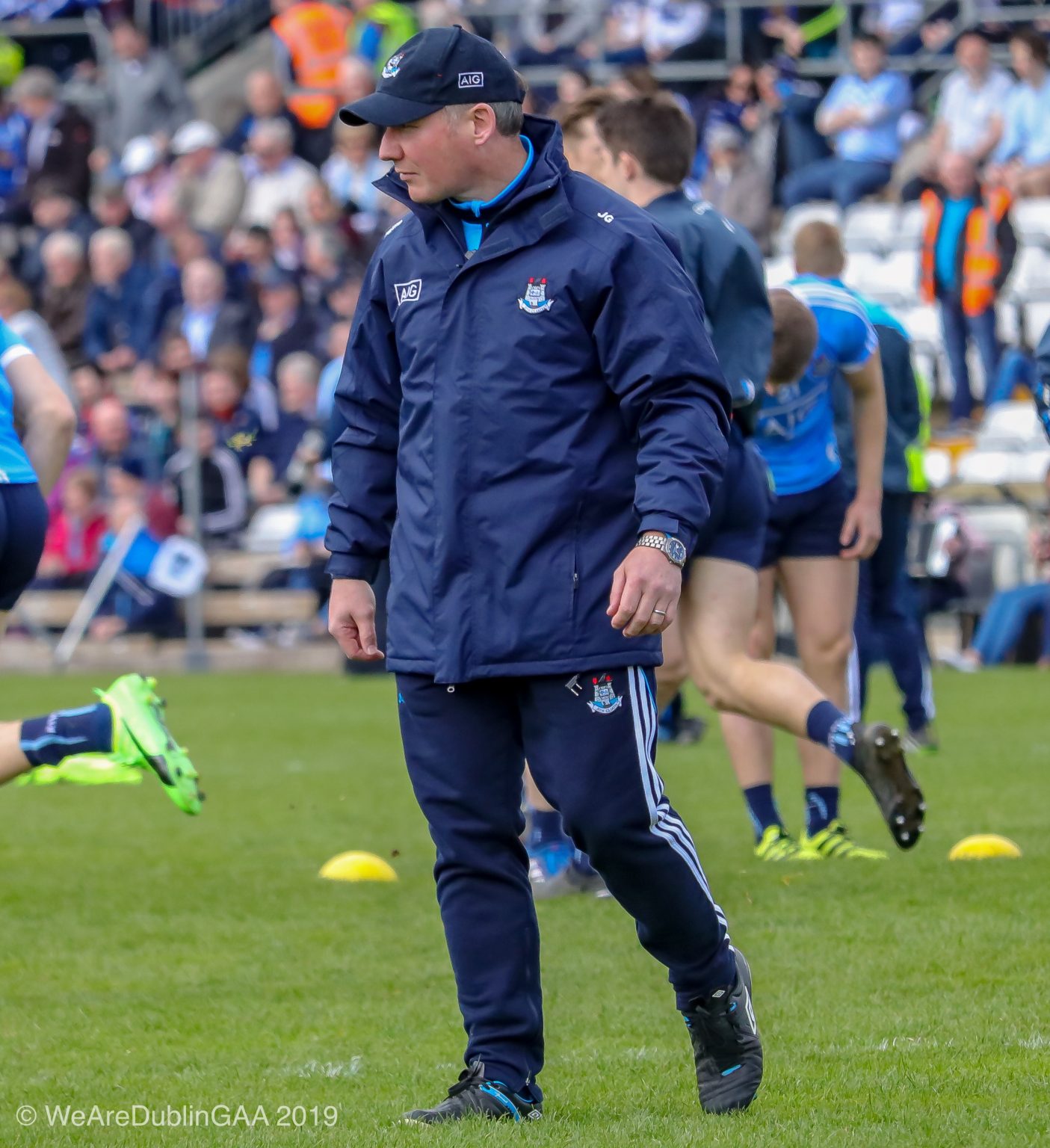 Dublin manager Jim Gavin is unhappy with the recent disciplinary penalties handed out to two of his Dublin defenders John Small and Michael Fitzsimons.

John Small was singled out for disciplinary action for his involvement in the pushing and shoving which occurred after the final whistle in the Dublin verses Kerry game in Tralee.

The CCCC recommended a one match ban but that was retrospectively increased to a two match ban because of the red card Small received in last year’s Leinster Final.

Speaking to The Herald, Jim Gavin confirmed that Dublin decided against appealing Small’s suspension – but Gavin is not happy with the punishment.

“I thought it was really harsh. I looked back on the tape and I can’t see what he got, or why he was given that suspension” said Gavin.

Jim Gavin also took issue with the dismissal of Michael Fitzsimons in the same Allianz League game with the Cuala man receiving his marching orders courtesy of two yellow cards.

Gavin described the first yellow Fitzsimons was brandished with in Tralee as “another really strange decision … it wasn’t even a free”.

That first booking Fitzsimons received is currently being investigated by Mulder and Scully in what Fox and Dana describe as there most mystifying X-File to date.

But on a serious note Gavin is right to be concerned that those bookings could cost Dublin in the championship due to the GAA’s card accumulation rules.

Any player who receives three black cards within that year’s league and championship campaign, three double yellow cards, three instances of a black card following a yellow card in a match, or any combination of the previous three will be suspended for one match.

A lot can happen in cauldron of those 12 potential games and it will be particularly difficult as defenders for Small and Fitzsimons not to pick up further cards, especially if referees are now handing them out for phantom fouls.

Jim Gavin has every reason to feel aggrieved as these dismissals and suspensions could come back to cost his Dublin side when the stakes are higher and the summer action reaches fever pitch.