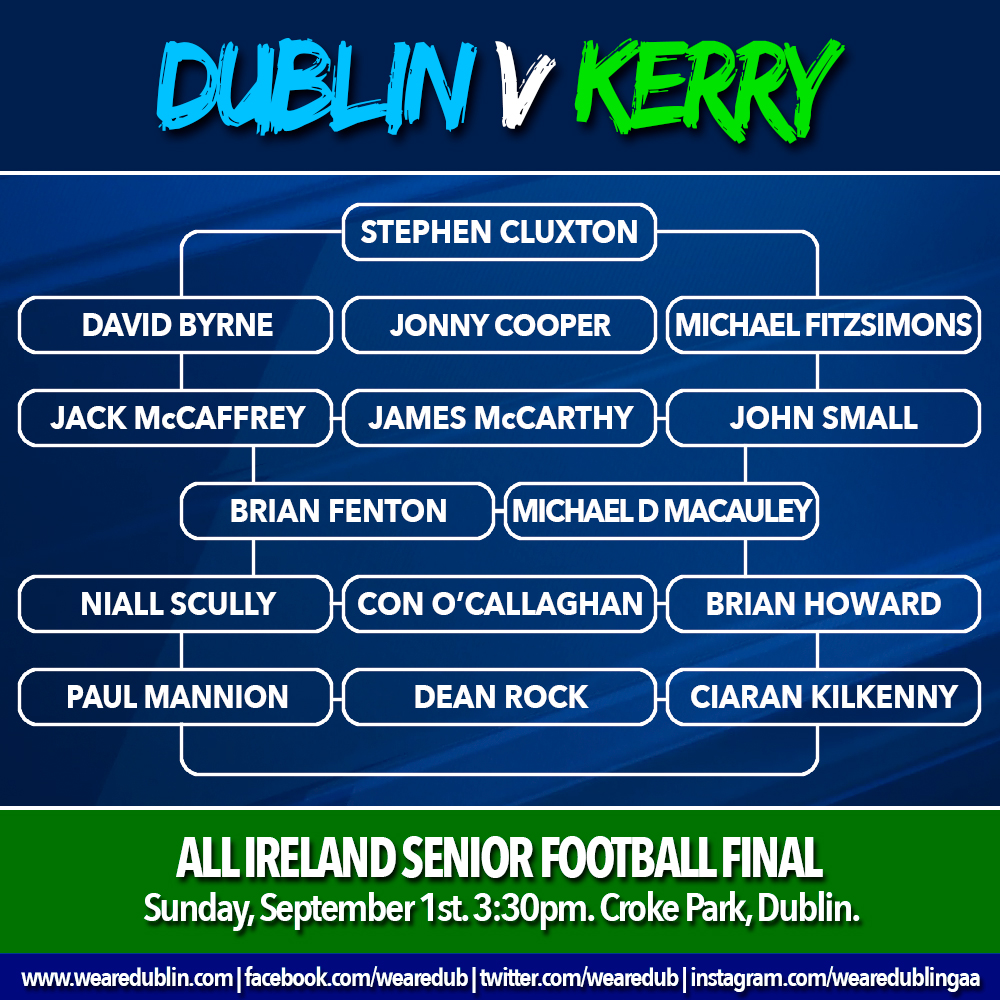 The five in a row has eluded Wexford, and Kerry twice. And tomorrow Dublin will run the final gauntlet in the hope of being the first team to be crowned five in a row All Ireland Champions. It’s something no Dublin fan would have dreamed of at the beginning of this decade. But the dream could very well become a reality at the final whistle tomorrow evening.

Kerry, a team that has played Dublin in the championship on 29 previous occasions, have the task of stopping Dublin. And with the history and rivalry between the two counties it seems quite fitting that this is the matchup that could change history.

For their performance against Mayo in this year’s Semi Final, Dublin boss Jim Gavin has stayed faithful to his starting 15 from that game, naming the same line up to start tomorrow’s Final.

Jonny Cooper, a late replacement in that team, keeps his position, meaning Cian O’Sullivan will not feature in an All Ireland Final starting 15 for the first time in his Inter County career. The Kilmacud Crokes man has been named in all six of Dublin’s All Ireland encounters this decade.

Another player who misses the starting 15 is Ballymun Kickhams Philly McMahon. McMahon, a substitute in Dublin’s 2011 winning final, has started every other final since.