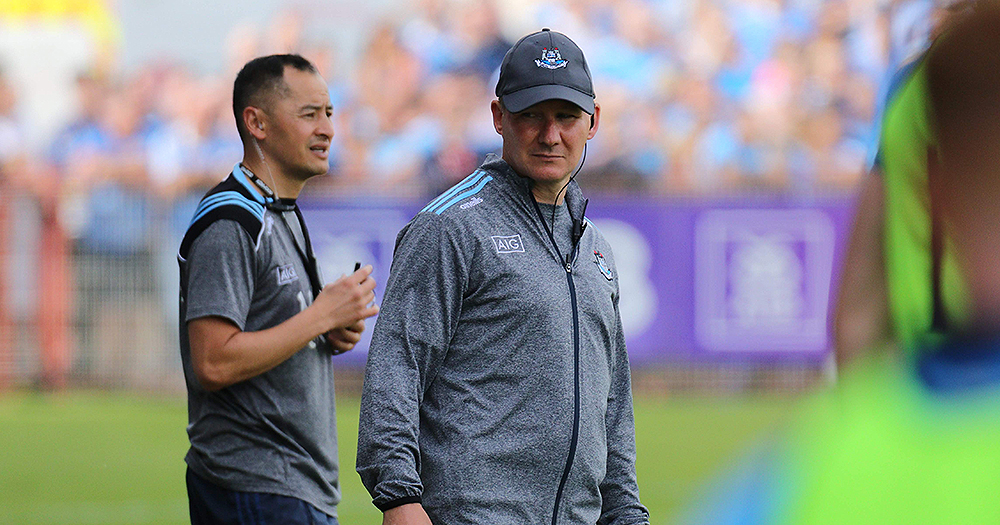 If there was ever a Dublin man to be more deserving of the Freedom of The City. That man is Dublin’s most successful Football manager Jim Gavin.

Since taking the reigns from Pat Gilroy at the end of 2012, Gavin has led Dublin to five League, seven Leinster and six All Ireland title. Two weeks ago made history with his panel winning their fifth consecutive All Ireland. A feat never done by any other football team in the history of the game.

Current Lord Mayor of Dublin Paul McAuliffe is proposing that Gavin be bestowed the honour of the freedom of the city. And it is believed that the City Council chiefs will vote on this proposal at this months Council Meeting.

Raised in Clondalkin, Gavin’s father introduced him to Gaelic football. His Dad was a Clare native and former chairman of the local club team in Clondalkin.

Jim developed his skills in the local street leagues. He then went on to win a record six Cumann na mBunscoil medals as a dual player with his school.

He made his debut on the inter-county scene at the age of sixteen when he first linked up with the Dublin minor team. His performances for Round Towers caught the eye of the Dublin selectors, making his senior debut in 1993.

As a senior player, Jim Gavin won a League, three Leinster and of course an All Ireland medal in 1995. As a manager Jim was heavily involved in Dublin’s development, steering the U21’s to All Ireland Glory in 2010 and 2012.

The Freedom Of The City’s History

The Honorary Freedom was created under the Municipal Privileges Ireland Act, 1876. And each city in Ireland had the right to confer it. The Honorary Freedom was extended under the Local Government Act 1991. Since then counties, as well as cities, are eligible to confer it. All awards are now governed by the Local Government Act, 2001.

The award acknowledges the contribution of certain people to the life of our city. It also bestows honour to important visitors to Dublin.

Recipients of this award are referred to as a ‘Freeman’ or ‘Freewoman’ of Dublin. They are also Honorary Citizens of our city.

The Lord Mayor of Dublin nominates people for the Freedom of the City. Any nominations are then brought before a meeting of the City Council where it must be ratified by a majority vote.

To date, only 78 people have been given the Freedom of the City of Dublin.

Holders of the Freedom of Dublin have a number of ancient privileges and duties not applicable to ordinary citizens, some of which have little more than symbolic meaning in the modern world!

As a ‘Freeman’ or ‘Freewoman’ The holder has right to bring goods into Dublin through the city gates, without paying customs duties. They also have the right to pasture sheep on common ground within the city boundaries. This includes modern day College Green and St. Stephen’s Green. This right was exercised by Freeman ‘Bono’ of U2 in 2000!

A recipient also has the right to vote in municipal and parliamentary elections.