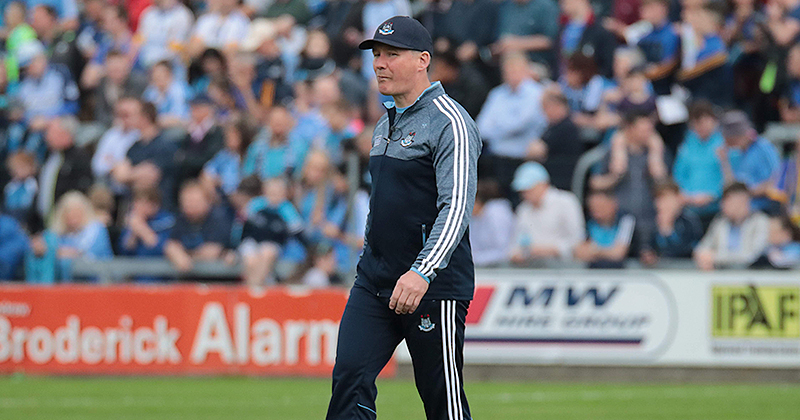 With not long left in this current decade in the GAA, Dublin’s Senior Football panel are soaking up all the deserved plaudits dealt to them from every corner.

And with Jim Gavin’s panel on the cusp of a possible sixth All Ireland in eight years, they’re now nipping at the heels of the great Kerry teams of the 70’s and 80’s.

Regardless of their Championship victories in 2011 and 2013, the big question since 2015 has not been how do you beat Dublin, it’s more how do you stop Dublin?

And the respect from opposition managers after each game seems to grow as the weeks, months and years pass by.

Wicklow were first to go this year in the provincial last eight, brushed aside by 23 points in Portlaoise. Garden County manager John Evans admitted there was no end of superlatives that could be thrown at Dublin.

In the Leinster Semi Final Dublin comfortably beat Longford on a scoreline of 2-25 to 0-12. Denis Connerton describing the team as a “monster”.

And following last weekend’s All Ireland Semi Final victory over Galway, Kevin Walsh claimed that Dublin have everything so well structured, it’s up to everyone else to close the gap.

Some people theorised at the end of last year that Dublin had started to fall back towards the chasing pack, even if only slightly.

There was hope after close run affairs with Mayo over a number of years that one or two sides could stand in the same park as them. But there’s yet to be evidence of that in 2018.

Out with the old, in with the new

The system continues to evolve, the departure of Diarmuid Connolly, which at the time was apparently a nail in the coffin, has rarely been mention since the start of the summer.

Gavin again has introduced new talent, like Brian Howard and Eoin Murchan. And the competition for places is as tough as it’s ever been.

The drive to be a part of the team is more than evident when you see players like Kevin McManamon, Michael Darragh MacAuley, Paul Flynn and Bernard Brogan fight through injury just to ensure they don’t lose their spot, even if it’s only to secure a place on the bench.

“They are great leaders. That’s the first thing I’d say about them.” Gavin admits to the Irish Times. “Their dedication and determination to play for Dublin is infectious. Leadership is all about influence and that’s what those players do.”

At times this year Dublin have had to do without firm starters like Stephen Cluxton, Cian O’Sullivan and John Small. But as a group of players they’ve never missed a beat.

Paddy Andrews has started the last three All Ireland Finals, but never made the action on Saturday.

Eoghan O’Gara still remains, despite his lack of game time. It’s the endearing nature that surrounds the group that no one wants to walk away from.

“I am happy with the team performance.”

“Not only the guys who finished the game for us but in the shadows there is another cohort of players pushing really hard not only for game time but to get on the match day panel. The culture and environment the players have created for themselves is all about the team.”

“Our squad sessions, our team meetings, and even on the pitch they leave their mark by their actions. We are very fortunate to have them.”

In just under three week’s time, Jim Gavin and his team will check in to Croke Park. Their fourth consecutive All Ireland Final. Tyrone’s job is to stop them winning.

Mickey Harte has been here before, but not against a side like this current Dublin team, as Declan Bonner attested to following Donegal’s loss to Dublin in the Super 8’s.