The Dublin boss Jim Gavin regrouped his talent this week in preparation for the summer. 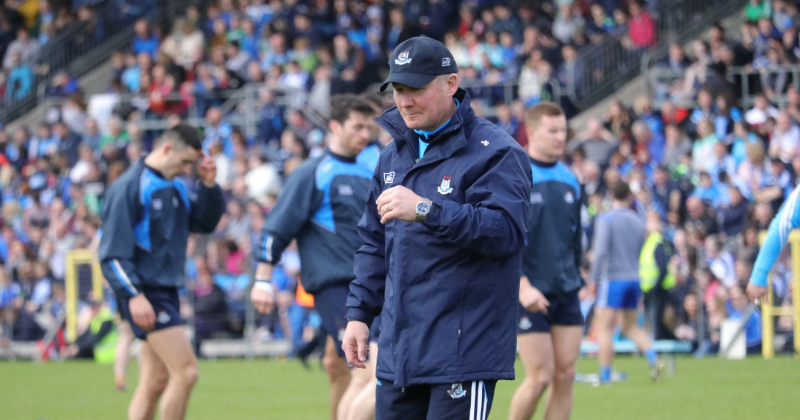 With Round 2 of the Dublin Senior Football Championship completed last week, Jim Gavin had his first opportunity to call on his group of players to begin the process and preparations of defending their All Ireland Championship.

Dublin will take on the task of winning the Sam Maguire for the fourth consecutive time and continue to rewrite the history books. But at this early stage it’s about where the individual players are at after 2 rounds of club action.

Of course there are notable absentees that most are aware of so it will be of some encouragement that four time All Star Paul Flynn returned to action with his club Fingallians last weekend.

At 32, and following two calf injuries in the space of a month last year, Paul played the full game for Fingallians in their 2-17 to 1-09 win over St. Patrick’s Palmerston. And he was quick to report his delight on Twitter following the game.

Great to get back on the pitch yesterday after a long lay off! And a big win as well made it… https://t.co/V0rKxtE2cJ

Flynn’s 2017 was not one he’d care to remember, only appearing off the bench three times in Dublin All Ireland winning campaign.

And despite being ready to roll since November, Paul underwent a minor procedure on his back mid February, ruling him out of the the early stages of the Allianz League Campaign. But at the time it didn’t appear to worry the Dublin boss, predicting he’d be back by the club championship.

Elsewhere there are other headaches for Gavin as he contends with some more injuries.

Last Thursday Cormac Costello damaged his hamstring in Whitehall Colmcille’s club championship game against Cuala. Sadly this puts him on the bench list with the likes of Cian O’Sullivan, Jack McCaffrey and Bernard Brogan who will all miss Leinster action.

Dean Rock and Paddy Andrews sat out their respective championship games for Ballymun and Brigid’s, and Eoin Murchan limped away from Na Fianna’s defeat at the hands of St. Vincent’s.

We’ll bring you more as stories develop ahead of Dublin opening Leinster fixture.