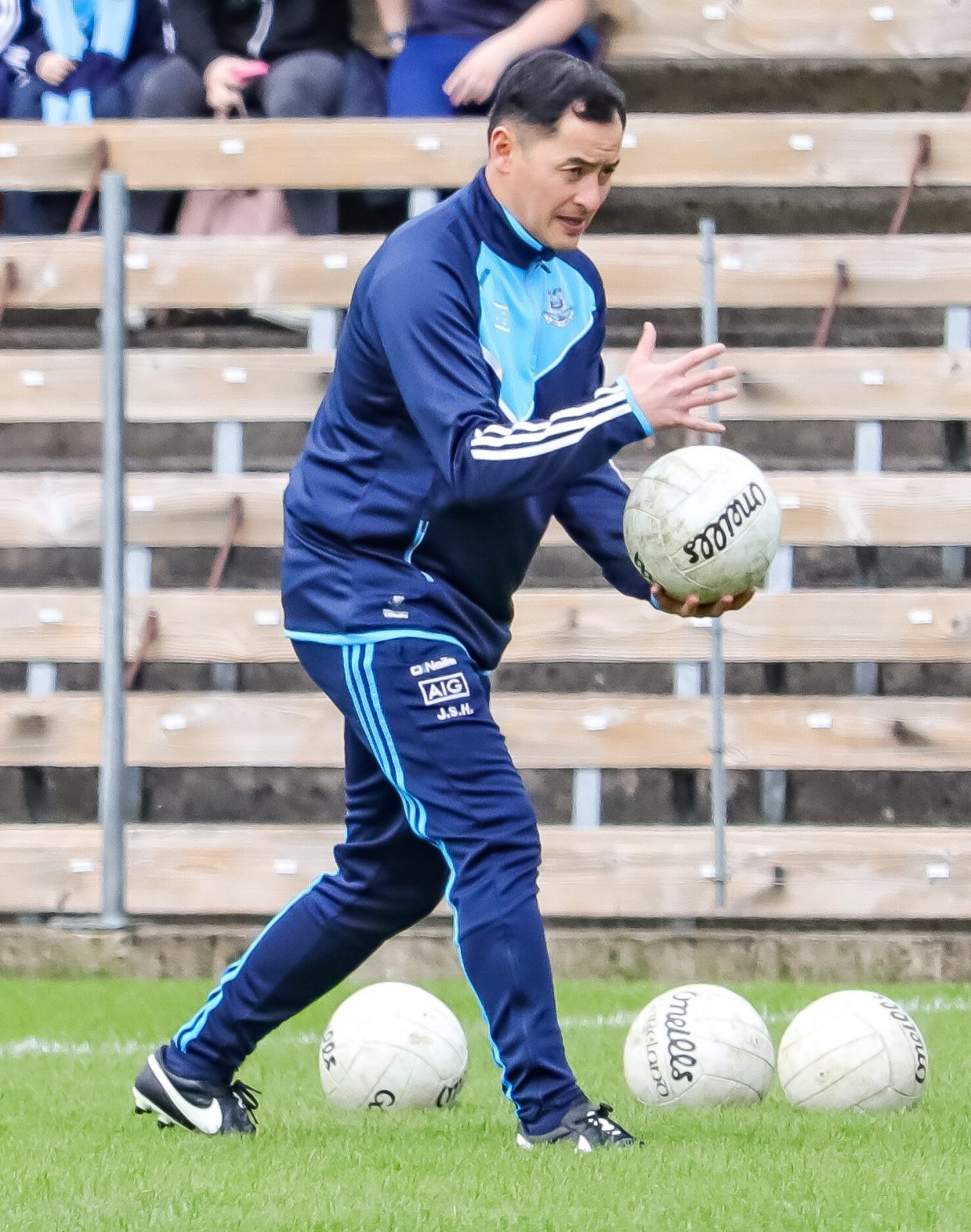 Jason Sherlock will be missing from the Croke Park sidelines for this Sunday’s Allianz Football League Final against Galway after he accepted an eight week ban.

Sherlock a member of Jim Gavin’s management team was given the sideline suspension for an incident during the league encounter between Dublin and Galway in Pearse Stadium in Salthill two weeks ago.

The minor scuffle during what was a feisty drawn game between the sides was deemed to require a review by Croke Park’s Central Competitions Control Committee and after viewing video evidence of the incident decided that a suspension was in order.

As well as his role as a forwards coach Sherlock a 1995 All-Ireland winner fulfils the role of runner on match days entering on and off the pitch to issue instructions to the players.

Yesterday new backroom team member Paul Clarke also an All Ireland winner back in 95’ fulfilled the Sherlock role and will likely do the same job this Sunday in the League Final against Galway.

Speaking in his post-match interviews after watching his side lose for the first time in this seasons league campaign Dublin manager Jim Gavin confirmed that the suspension to Sherlock had been accepted, “There was a proposed suspension so we’ve accepted that,” said Gavin.

Sherlock though will be back in plenty of time for the start of the Leinster Championship as the suspension runs out on the weekend of the 13th of May, Dublin’s Leinster quarter final against either Offaly or Wicklow takes place two weeks later on the 26th of May.

What will irk Dublin fans is the inconsistency with how incidents are dealt with by the CCCC and also by different level coverage by the media when a member of the Dublin team or management are involved.

Any incident involving Dublin players or now management team members are deemed to warrant investigation by the Central Competitions Control Committee and receive plenty of coverage and condemnation by the media.

Yet other incidents involving players from other teams are ignored by the CCCC and brushed over by those in the media. Classic example was Andy Moran’s barge into the referee two weeks ago, it was a more forceful form of ‘interfering with an official’ than Diarmuid Connolly’s finger shove to the shoulder of a linesman last season.

But the CCCC after setting a precedent last year didn’t hit Moran with a retrospective ban but went hiding behind the lame excuse that the incident was dealt with on the pitch. Yes Moran was issued with a black card, it should have been red.

But surely there was grounds for retrospective action whether a card was issued or not, the CCCC can’t ban one player for 12 weeks and then allow a more aggressive action from another player to go unpunished.

Rule 5 and Category 5 infractions are either serious offences or not and if so then the penalty of a minimum ban of twelve weeks has to apply across the board, whether cards are issued or not.

Later that evening Pat Spillane one of the ring leaders of the media witch hunt last year, brushed off the Moran incident, there was no quoting of the rules, no graphic of the rule flashed up on the TV screens, no calls for a twelve week ban as he did for the Connolly incident.

It’s that inconsistency that annoys supporters and winds them up, particularly if they feel their team is under constant scrutiny and those involved seem to be just consistently waiting for their opportunity to put the boot in.

Dublin supporters can be forgiven for feeling a sense of unfairness as they are consistently witnessing it in terms of how officialdom are handling disciplinary matters for those in Sky Blue compared to those from other counties.

They are not looking for Dublin players to get away scot-free for infringements, but they are looking for a consistent and fair application of not just the punishments for infractions, but also for them to equally apply to all teams and players in the country.

Is that too much to ask?

JIM GAVIN MAY HAVE BIG SELECTION DECISIONS AHEAD OF QUARTER FINAL