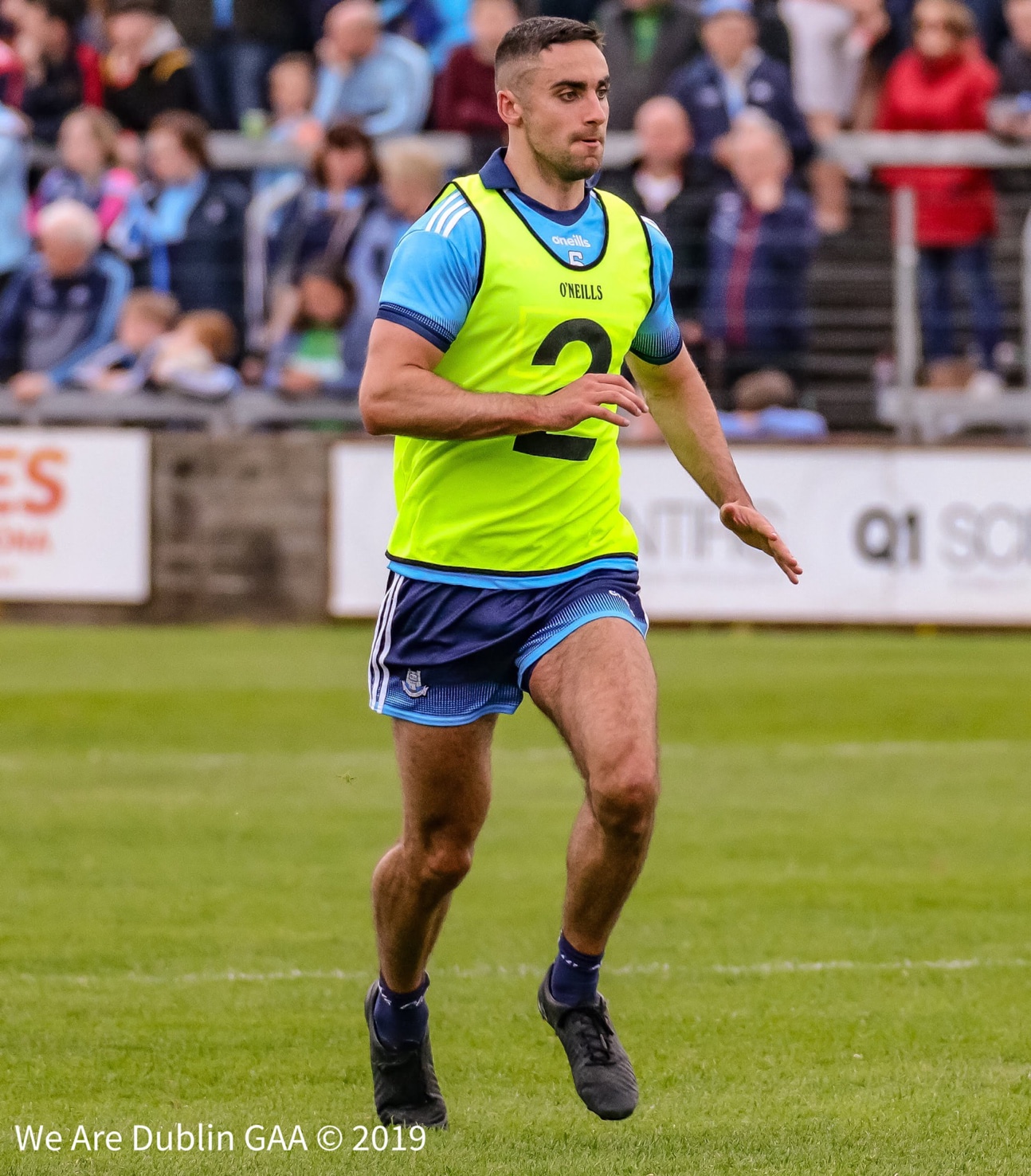 James McCarthy is synonymous with Dublin’s success over the last decade. The teak-tough defender has seen it all in his time in the Sky Blue jersey.

McCarthy has been an ever present in the Dublin senior team since making his debut back in the 2010 Allianz League.

James along with Stephen Cluxton are the only players to start all seven of Dublin’s All-Ireland victories.

His versatility as a player is evident in the number of positions he has played during his career, wing-back, midfield and a man-marking full-back.

His pace and strength have lit up Croke Park during those glorious summers for the metropolitans.

McCarthy just recently turned 30 years of age and is one of the most experienced players in the current Dublin squad.

But even with his wealth of experience and all that he has seen in his trophy laden career, he has never experienced a lead-up to a championship like this one.

Like many areas of life around the world, sport is on hold till the Covid-19 crisis has passed and some semblance of normality returns.

Although collective training is off the menu at the moment players still need to keep their fitness levels and sharpness up as best they can.

Even though James McCarthy has a wealth of experience and knowledge of what it takes to make it to the top – he is finding it tough not training collectively with his teammates.

“There is a lot of individual responsibility on guys to try tip away and stay fit, get fitter, get stronger.

“But it is a huge challenge, especially for younger guys on the team, trying to get combinations together is challenging.

“But the thing is everybody is in the same boat, so you just try hit the ground as best you can when we do get back.”

James is lucky to have three parks (Poppintree Park, Albert College Park and Johnstown Park,) close to where he lives that he can train in.

And the Ballymun Kickhams clubman is combining trips to the park, the wall in his back garden and some DIY to stay in shape.

“I’m just lucky where I live, I have three parks around the corner from me.

“So I can go to Poppintree Park, Albert College Park or Johnstown Park to do a bit of running, to kick a bit of ball. It’s all in a 2km radius.

“You’re nearly like a kid again going out to the back garden and kicking a football off the wall,” says James.

“That’s the best of the skills you’re doing really and if I’m going to the park, I’ve two or three balls myself and try and kick a few scores.

“I’ve turned into a bit of a DIY merchant at home and cleared out the garage and done the garden up.

“And I have a few weights in the garden and trying to keep my strength up that way”.

Losing motivation is only natural

McCarthy finds it strange not training with the group and admits that it’s only natural at times to lose motivation.

And when that happens and you miss training, James says it’s all about getting back at it as soon as possible.

He also reveals that it’s at this time of the year that players really love training.

“There are times you are going to lose motivation because that’s natural.

“And when you do miss training for a day it’s about getting back on the horse as soon as you can.

“It’s normal to have those bad days. You just have to plan your weeks and days.

“But it’s weird not training with group,” he says. “A week or two is fine. You’re nearly happy not to be seeing them all the time.

“But after that, you get the itch, especially this time of year, when it’s starting to head towards the summer.

You love training at this time of year.”

The the three time All-Star is now under his third manager in the shape of Dessie Farrell.

Farrell took over in mid December and before the start of the league had the team holiday in between and had only a couple of sessions with the players before they got their campaign up and running.

The new Dublin manager used the league to take a look at a number of new players with a view to inject new blood into the squad.

With two rounds of games left in the league six of Dublin’s established stars, Stephen Cluxton, Jonny Cooper, Cian O’Sullivan, Michael Darragh Macauley, Diarmuid Connolly and Con O’Callaghan, had yet to play a minute of football.

So the current health crisis and suspension of games was certainly not ideal for the new Dublin managers preparations for the 2020 championship.

Dessie Farrell has the same philosophy as Jim Gavin

With such limited time to imbed new young players into the team that might see those players lose out in securing a starting place on the team should the championship take place.

McCarthy though doesn’t agree and reveals that Dessie Farrell would have the same philosophy as Jim Gavin when it comes to picking the starting 15.

“Dessie would be no different to Jim in that he’d always pick players who are going well says James.

“If you’re doing the work and showing up well there’s definitely a chance you’ll play“.

If and when the action gets back up and running the 2020 championship will take on a different structure to previous years.

With what will be a shortened championship calendar a return to the old style of a pure knockout competition has been mooted.

If that is the case James McCarthy believes it will be an exciting championship and that format wouldn’t be a problem for Dublin.

“Yeah, it should be fairly exciting if that was the case. It would be a throwback to the 90s and 80s, I suppose.

Sport will be a big lift for people when it returns

Although people’s health is the most important thing at the moment, James McCarthy believes sport will be important when this crisis passes and that it will be a big lift for people when it returns.

“Obviously at the moment health is more important but sport is important too.

“It brings a lot of happiness and joy to people and they’re missing it.

“I think it will be a big lift to people when it does come back and hopefully that will be soon.

“People will be mad to go to matches and like all those things that get taken for granted, there’ll be great appreciation when it does come back.

“I think there’ll be huge crowds at games when we do get back.”

James was speaking to media to promote the AIG Show Your Skills Challenge in support of the 20×20 movement. AIG are calling on women and girls of all ages, all abilities and all sports to showcase their talents by entering the online competition at aig.ie/skills to be in with a chance to win a monthly €1,000 prize.