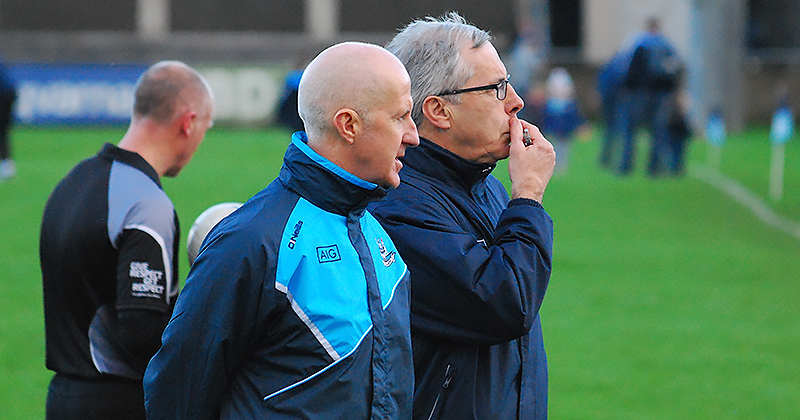 After losing to UCD in last night’s Round 2 game in the O’Byrne Cup, interim Dublin manager Paul Clarke gave high praise to the 2015 Footballer Of the Year Jack McCaffrey following a monumental performance for his college.

UCD ran out 2-09 to 1-10 winners against the current experimental Dublin side, despite a valiant effort from the boys in blue after a forgettable first half. But McCaffrey showed his importance throughout the game from the centre back position for UCD.

The Clontarf club man scored one of the points in the closing stages to keep UCD that little closer to the finish line, and also cleared a goal chance deep in stoppage time, a goal that could have swung the game back into Dublin’s favour.

“I have seen him recently playing for his club, he’s still the same.”

McCaffrey stepped away from the panel in 2016 to concentrate on volunteer work in Africa as part of his medical studies. But he always said he’d love to return.

But once he fulfils his duties with the third level outfit, Jack is expected to join up with his old team mates once again for their National League campaign.

“I’m sure when the O’Byrne Cup and Sigerson Cup finish in a couple of weeks’ time, Jim will have a conversation with him and decide whether he makes it back into the senior panel.”

Meanwhile for Dublin’s current batch of youngsters, the eyes are firmly on them to see who, if any, might break through and compete for a position in Jim Gavin’s panel.

A much better second half performance last night was more than reassuring. And some of the cream again rose to the top.

Paul Hudson again showed pace and speed in attack and Maitias Mac Donncha was a refreshing addition to the half forwards. Niall Scully showed his versatility, switching from side to side at wing back. And substitute Ross Hazley also impacted on the game with two fine scores.

And with Dublin’s opening game of the League against Cavan only a few weeks away there’s still time for Gavin, with the aid of Clarke to scrutinise the bunch.

“He wanted them to come together and see could they bond as a team, whether they have an attitude for inter-county football, with the hope that four or five of them could make it into a National League panel”.

“If things were good, a couple of them would make it into the championship panel.”

Mayo Without A Win Against Dublin Under Jim Gavin

GAVIN CONFIRMS TOMAS BRADY WILL NOT FEATURE IN 2017