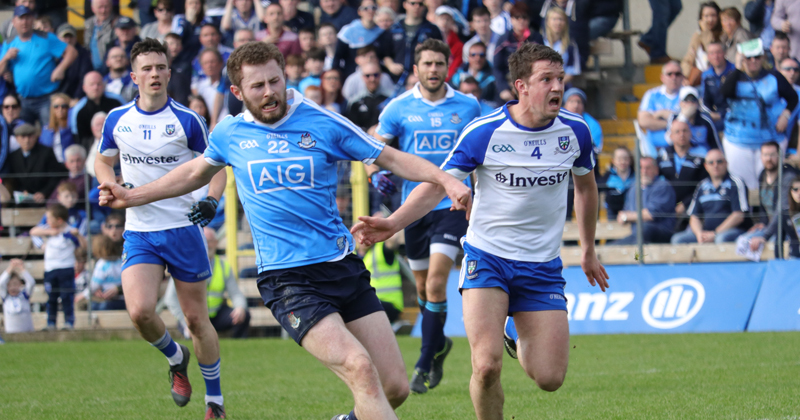 Ethiopia, Zambia, Malawi, Tanzania and Kenya. A far distance from Championship football when a team is on one of its greatest runs in GAA History. But then again certain opportunities are there for the taking only once.

2015 Footballer of the Year Jack McCaffrey took that particular leap of faith knowing full well that returning to his first love wasn’t a certainty by any stretch. And at only 22, the Clontarf club man had accepted that his inter county dreams could have been over before they’d began.

“I had to be okay with the possibility that I’d never play for Dublin again,” Jack openly admitted this week to the Herald.

“My head wasn’t in the football. And the one thing about inter-county football is you don’t half-do it. You’ll be found out if you do that.”

Following the Championship win in 2015, McCaffrey took off to Thailand with some friends before returning for preparations for Dublin’s 2016 campaign. But it was clear that something was missing from his game. He simply wasn’t enjoying it as much as he had been.

So Jack took the decision to travel and work to further his experience in his chosen field of study, sacrificing his place in the panel and ultimately another Celtic Cross in the process.

He returned to Ireland in time to watch his team mates semi final encounter with Kerry as a spectator. It was speculated in the media that there was the chance of a late recall for Jack to the panel, but that didn’t transpire.

In December of last year the call finally came from Jim Gavin and Jack had absolutely no hesitation in accepting the offer.

“Playing for Dublin was a childhood dream of mine, and I love every minute of it.

“I play football because I really enjoy it and I’ve made some of my best friends through it and I love being around them and having the craic.”