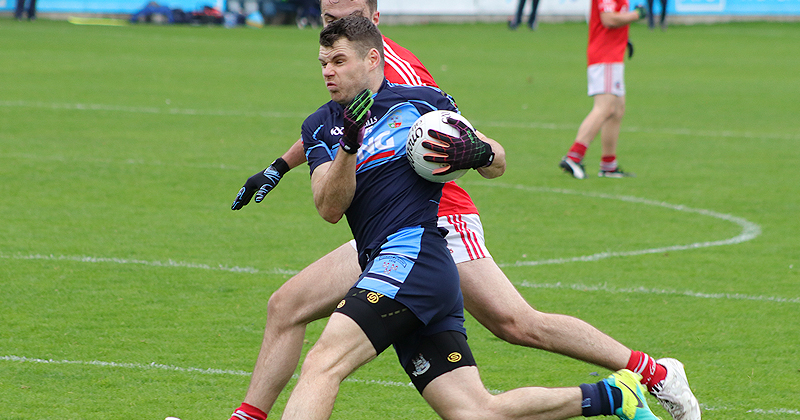 Gaelic Games have changed, evolved and redirected over many years. More emphasis on broader tactics, fitness, condition, and very few stones are left unturned in preparation for upcoming seasons.

In a very challenging and physical game you might think that little thought is given to the one thing that may in fact hold it all together. And some in the ‘know’ have been critical of the psychology of the sport.

2014 was a good year for Dublin forward Kevin McManamon, despite failing to retain the All Ireland Football Championship. Professionally, he completed an MA in Applied Sports and Exercise Psychology, and just last year the St. Judes man proudly started his own business in the field.

At the beginning of last year, around this time in fact. Kevin Mc gave one of the best examples of sports psychology as he stated clearly in interviews that he wanted it to be the year where he’d start an All Ireland Final.

Known for many years as the impact player, Kevin will always be remembered for his heroics, being sprung from the bench. 2011 against Kerry, again in the 2013 Semi Final against the Kingdom, and a sneaky shot in the 2015 Semi against Mayo.

But McManamon had never walked in the parade on All Ireland Final day, until last year. And he maintains that’s it was his own belief in psychology that gone him there.

“I wouldn’t be still playing for Dublin if I didn’t do it.” Kevin told the Irish Times.

“I wouldn’t have had the success I’ve had if I didn’t do it. So working on your mental skills is a no-brainer for me.”

Speaking at the launch of Dublin’s latest sponsorship deal with car manufacturer Subaru, Dublin’s pocket rocket believes that there is a serious grey area when it comes to sports psychology, simply because a lot of people just don’t know what it is.

“I think there’s a lack of understanding of the work that people actually do in performance coaching. It’s not sitting around chanting, or anything like that.

“It’s about putting a bit of tangibility, a bit of structure, on the things you find it hard to measure.”

Success in sport, according to Kevin is as much a mental thing as it is a physical. Which is very apparent when you put the current All Ireland Champions under the microscope.

Jim Gavin, along with his backroom staff have nurtured an air of bounding positivity and confidence in the panel. Yes, it can be argued that Dublin’s training regime, gym work and conditioning has put Dublin at the top of their game for many years now, but it mental strength that has formed the bond among this group of players and their willingness to express themselves week in week out.

“I work with anyone who is trying to do something different in their lives, and I do a lot of work with schools speaking about mental health.”

“When I started playing with Dublin I thought I knew it all, and I didn’t. It caught me a few times early in my career, in a few big games in Croke Park. So I just started working on it and over the last three years it’s come into fruition, all the work that I’ve done, the different things that I’ve tried.”

“I’ve always tried to take it one step further than I have the year before. That was the plan last year, and is certainly the plan again.”