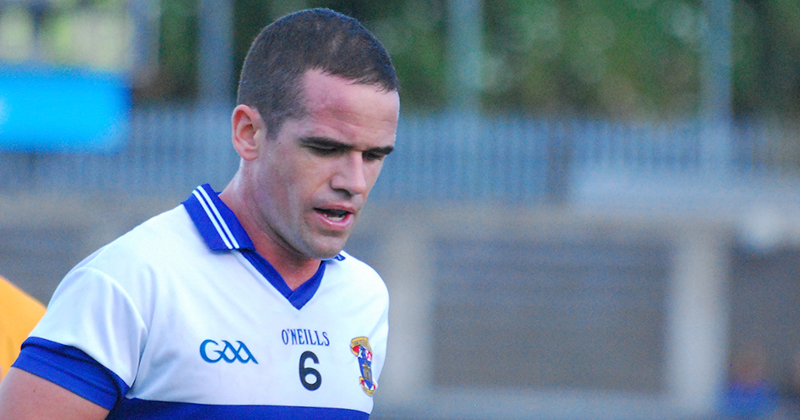 A classy all round performance yesterday afternoon in O’Moore Park saw St. Vincents once again crowned AIB Leinster Football Champions, their third in four years, and are now tied for the most Leinster wins with Portlaoise on seven each.

The Marino unit had all the scruples to handle Offaly Champions Rhode in a good old fashioned dog fight, with neither team leaving any intensity in the dressing room.

And in what was indeed a rare occurrence, Vincent’s captain Diarmuid Connolly saw through the sixty plus minutes with his jersey in tact.

But the game didn’t pass without a few flash points, particularly Vincents losing former captain and centre back Ger Brennan just before half time to a black card.

Thankfully for Vincent’s, the resulting Rúairí McNamee penalty was ably stopped by keeper Michael Savage to deny Rhode their chance to close the gap before the break.

Following the game, Brennan had no hesitation on commending his keeper on his amazing save and admitting that Vincents haven’t had it their own way in defence this year.

“We weren’t surprised that he saved it.” he told RTÉ Sport.

“I suppose it took the sting out of a momentum change that was there for Rhode, with me going off, but Savo, he’s a super keeper.”

“If you look back on some of our Dublin championship performances this year we’ve been quite loose at the back and Mick has stood up to the mark with a lot of unbelievable saves.”

But not for the first time, a black card decision was again a talking point. And the Vincents defender doesn’t believe it was as cut and dry as referee Brendan Cawley deemed it to be, after a slight collision with Rhode’s Niall McNamee.

“It was a booking.” he admitted.

“Was it a black card? I thought a black card was for if you intentionally took somebody down and that wasn’t the case.”

“There was a tangle of legs. It was a peno definitely, but it wasn’t intentional so I feel somewhat hard done by.”