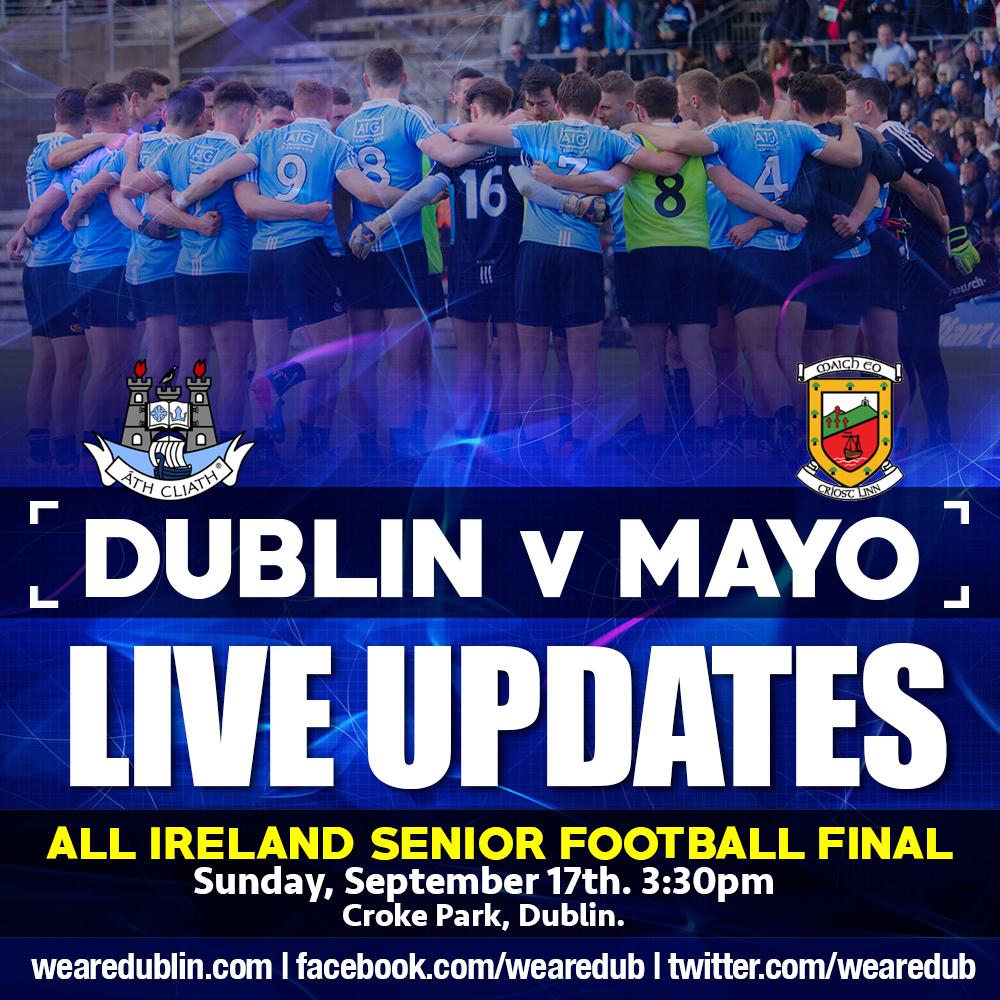 It’s Sunday, September 17th. It’s All Ireland Football Final Day. The biggest day in the Senior Football calendar. And at 3:30pm this afternoon all eyes will be focused on GAA Headquarters as the two biggest teams in the country square off for the honour of lifting the Sam Maguire.

Reigning Leinster Champions Dublin will compete in their 40th All Ireland Final today and will be bidding for their 27th title. More importantly the boys in blue are aiming to keep Sam Maguire for the third consecutive year, and their fifth since the turn of the decade.

Mayo are competing this afternoon in their 16th All Ireland final, their fifth since 2010, and are still seeking the elusive win that has evaded them since 1951.

They really don’t come much bigger than this, and the atmosphere in Dublin city is at an all time high.

We’ll be live form throw in as always, with score by score updates on www.twitter.com/wearedub. And we’ll have the usual post match reports and analysis right here and on www.facebook.com/wearedub.

Don’t forget for this of you who don’t have access to twitter you can catch all the score updates on the front page of www.wearedublin.com.

Dublin And Galway Play Their Tenth Championship Game Against Each Other...

ARE MAYO THE ONLY COUNTY EQUIPPED TO TROUBLE DUBLIN?