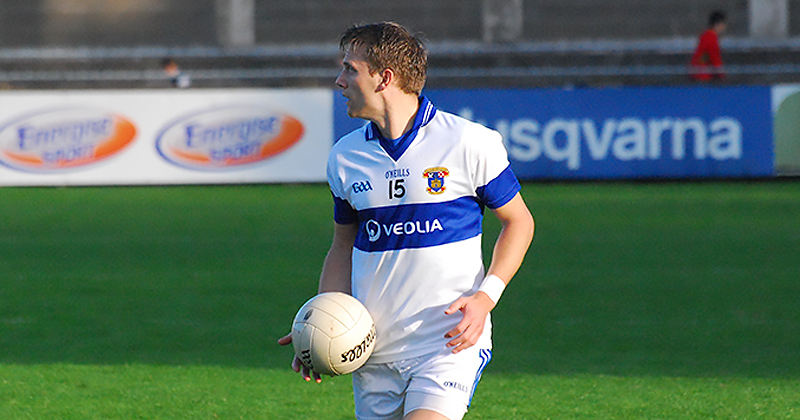 At 35 years of age, Dublin GAA’s commercial manager, and more importantly right now, St. Vincents marquee corner forward, Tomas Quinn is enjoying his club football quite a lot. But then again he has been since retiring from inter county action in 2011.

Quinn, along with Michael Savage, Ger Brennan and Diarmuid Connolly, have all been at the forefront of St. Vincents football success for many years now, all having won four Leinster Championship medals, and some All Ireland club medals along the way too.

Mossy is and has always been calmness personified, and is as essential a part of the Vincents attack as any other player on the grass. And once again his team find themselves in the All Ireland Championship Semi Final, this time facing Ulster Champions Slaughtneil.

“You have to be pretty happy.” Quinn told the Irish Times.

“You’re getting to a final in December and you’re producing probably our best performance of the year so, yeah, we are happy with that.”

With Mossy contributing four scores at the weekend in the Leinster Final win over Offaly Champions Rhode, He wasn’t hesitant to declare it was their best performance of the season.

“It’s a difficult thing to come out and win a Leinster club championship and it’s a huge moment for us as a team. We have been there or thereabouts the last few years and to try and get back there probably shows the consistency and the mental strength that this group has and that’s probably the most pleasing thing when you look at what we did.”

Tomas went on to commend his fellow team mates, but in particular he gave the day to team captain Diarmuid Connolly for his dedication to both club and county, and his mental strength in maintaining the consistency he shows at the highest level.

“Inter-county players have it very tough during the year and a lot of them when they come back to their clubs certainly don’t get to the levels they get to when they’re playing inter-county and probably the biggest testament to Diarmuid is he always comes back to us and never goes through the motions.”

On Sunday, Connolly meant business, on and off the ball. His ball work is something to behold, his skill a craft that most can only aspire to. Even Rhode fans couldn’t help but look on in awe.

“We expect it of him and he’d be told pretty quickly if he wasn’t but you can see how much it means to him. As a team it gives us such a lift when he comes in and you see how focused he is. You can’t not then go out and do what you have to do. That’s his best strength, his mental ability just to be tuned in and ready to go.”

Is News Of Connolly’s Return Stateside The Epilogue To His Dublin...

BASTICK EXPECTED BACK IN BLUE FOR ANOTHER YEAR