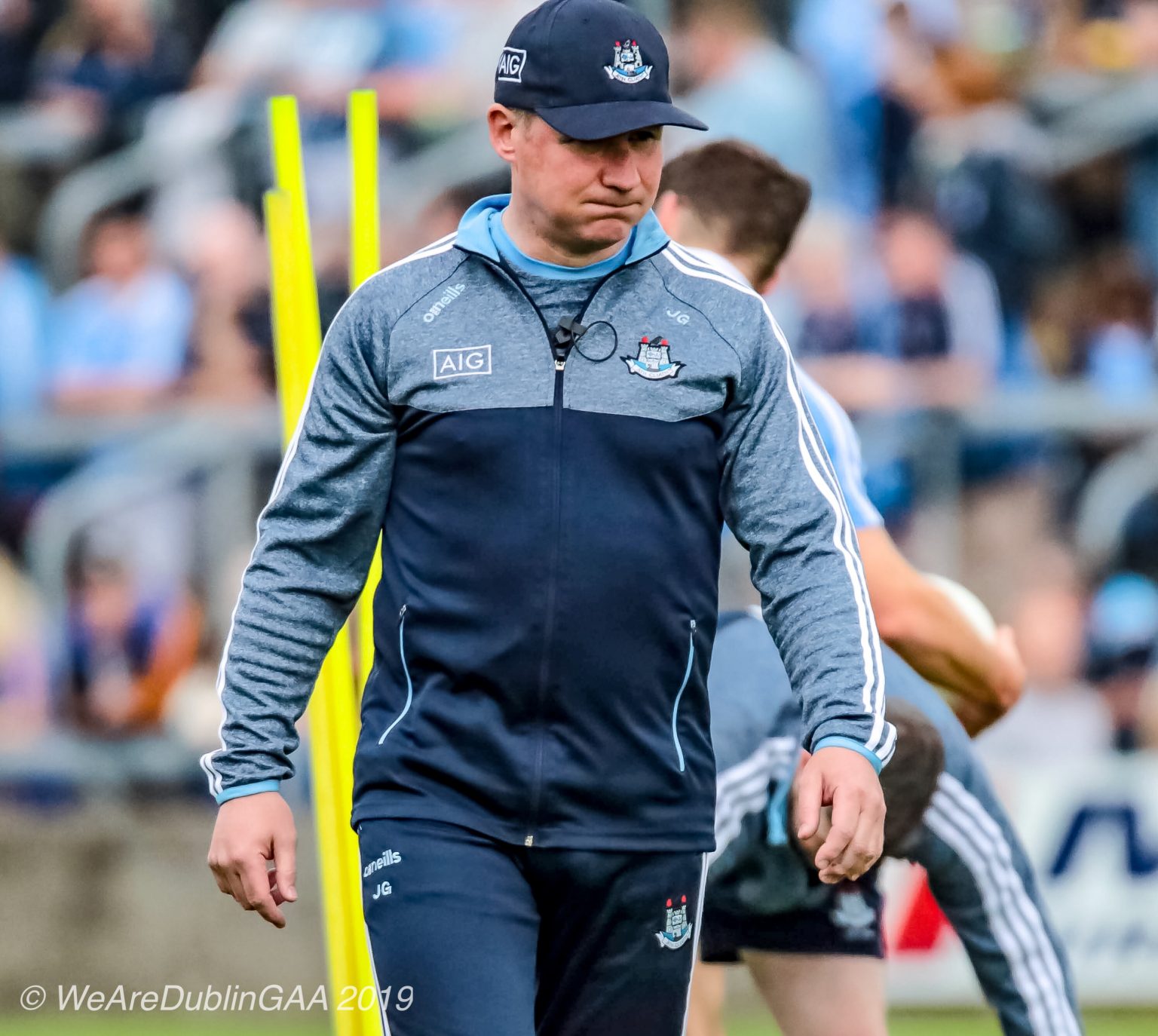 After three league defeats for the first time under the command of Jim Gavin is Dublin’s league form a case for concern or is it a blessing in disguise, it’s certainly thrown up some questions.

For the first time in seven years Dublin won’t contest the league final and if the sky blues don’t beat Cavan this weekend they will equal the number of defeats they suffered in the league campaign of 2012.

The manner of the defeat to Tyrone last Saturday in Croke Park certainly got tongues wagging and questioning Dublin’s attempt at creating history later this year by lifting five All Ireland titles in a row.

“That standard of a performance in Dublin is just not good enough at this level. You’ll certainly be found out. Lots of bad shots there tonight, lots of turnovers that wouldn’t be our normal game.”

Of course the media and supporters around the country jumped all over Dublin’s seeming demise this year with acclaims that the chasing pack have caught up, Dublin are in decline, the weight of history is a load too heavy to bare as it’s been for teams before seeking a championship five in a row, the well’s run dry and so on.

But there should be a note of caution to these theories and acclaims, Dublin are a different animal come Summer time and no All Ireland titles are handed out in March.

There were though some worrying signs in the performance against Tyrone. The lack of urgency, hunger and desire to win every ball was absent on Saturday evening under the floodlights in GAA headquarters.

Dublin’s backline was completely left exposed for the first time since the defeat to Donegal in the 2014 All Ireland semi final and many key players were just nowhere near their normal performance levels. Passing and shooting was way off the mark and many players looked very heavy legged.

There have been question marks aimed at the Dublin fullback line about a vulnerability to the high ball since Rory O’Carroll departed the squad after the 2015 All Ireland Final.

Dublin Have Struggled Under High Direct Ball In Their Three Defeats

It was a claim that seemed unfathomed till this league campaign, but in Dublin’s three league defeats to Monaghan, Kerry and Tyrone they have struggled against long high direct ball with Dublin conceding goals in each of their defeats to those tactics.

With O’Carroll back in the country after a couple of years in New Zealand and back playing for his club Kilmacud Crokes again, there are some who believe Jim Gavin should pick up the phone and ask if he is interested in resurrecting his Dublin career.

But there has to be a balance to this current discussion and hailing a Dublin demise is not as cut and dry as some would like to have you believe.

There are many factors to take into consideration for the defeats to date. Was the league a priority this year, now Gavin never sends out a team to lose, but was the training calendar changed this season with an eye on when the team peaks later in the year.

Dublin were certainly back in training later than any other season under Gavin. Did the introduction of the ‘Super 8’s’ last year have a bearing on the training calendar, with the two extra games, did Dublin peak too early last year, did the players show a noticeable fatigue in the semi and final due to the extra games that needed to be addressed with a later start back to training.

The late return to training was certainly noticeable in their opening game defeat to Monaghan who looked sharpness wise a couple of levels ahead of Dublin. Also in that game were the first signs of the troubles the forward mark would cause the Dubs in later defeats.

With the forward mark not being used in the championship did Dublin forego any work on defending the forward mark, the answer to all the above can only be answered by the management team.

Incidents In Defeats To Kerry And Tyrone Contributed To Defeats

Looking at the defeats to Kerry and Tyrone separately there are incidents in both game that could be attributed to those losses.

Against Kerry the sending off of Michael Fitzsimons is still a mystery, particularly the phantom tackle that earned the Cuala man his first yellow card. But even down to 14 men and Kerry, certainly in terms of sharpness and fitness looking weeks if not months ahead of Dublin, Gavin’s side finished the game stronger than their opponents and only succumbed to an injury time winner due to the numerical disadvantage.

Last weekend against Tyrone the three injuries Dublin sustained certainly had an impact on the result. Cormac Costello who was one of the few who looked on their game was a huge loss and Dublin’s attack was less potent when he went off.

John Small the tormentor of Peter Harte was another big blow. And of course the horrendous tackle by Tyrone goalkeeper Niall Morgan on Paddy Andrews which resulted in a broken jaw for the St Brigids man who was causing problems for the Tyrone defence had a major impact aswell.

Also what must be noted where the players absent from the game, Michael Fitzsimons, Jack McCaffrey, Philly McMahon, Eoin Murchan, Michael Darragh Macauley, Paul Flynn to name a few.

But although these are circumstances that may have impacted on results there is no getting away from the fact that’s Dublin’s league form has been nowhere near previous years.

Where Dublin Minds Solely Focused On The Upcoming Championship

So where minds and focus solely on the championship, if so it could be a dangerous ploy, while some may say it’s only the league, there has been a correlation between good league form carrying on into the championship and Dublin have been the typical example of this under Gavin’s reign.

But looking ahead to the summer the Leinster championship for many a year now has been as competitive as a one legged man in an arse kicking competition. Nothing suggests that will be any different this year although there are signs of movement in the lands of Meath and Kildare.

The real tests will come in the ‘Super 8’s’ and beyond where Dublin’s league form may we’ll be nothing more than a distant memory.

Also their current league form and defeats may actually be a blessing in disguise for Dublin and Gavin as the championship peaks ever slowly over the horizon.

For starters it will quell all the drive for five talk for a few weeks at least. If there was any complacency within the camp that will now be drier than Gandhi’s sandals and will be a timely kick up the backside.

Future opponents may also believe all this talk about gaps been closed or a demise in the Dubs and come with a new found belief that Dublin are there for the taking only to have those dreams unapologetically and ruthlessly extinguished by the summer version of Gavin’s team.

Psychology and mind games are now a huge part of sport is Gavin and his players laying a trap to pull off the biggest mind trick of them all. Time will tell.

One thing is for sure Gavin has nine weeks if there is a problem based on Dublin’s league form to sort it out and you can be guaranteed he will.

He also has a tendency to pull various rabbits out of his magical baseball cap, could Rory O’Carroll and Diarmuid Connolly be surprise additions to the squad as the sun shines and blue skies dominate the warm days of summer.

Who knows, but it promises to be an intriguing championship where those many questions will be answered.

You write off this Dublin squad at your peril and one thing is for certain about this current group of players, they don’t settle for second best and will be very unhappy about their current form and the losses they have endured in the league.

They will be hell bent on showing their true selves in the championship and hopefully accomplish what no other team has ever achieved, the five in a row.