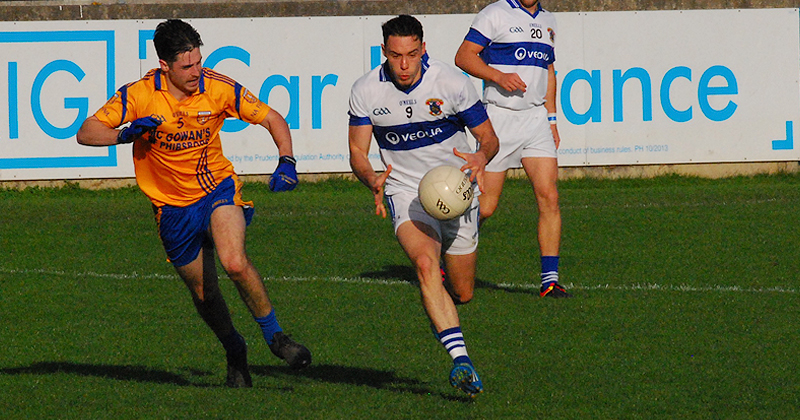 With the end of the year in touching distance, the subject always arises on the amount of dedication and commitment anyone involved in gaelic games puts in over such a long season.

The various overlaps in the club and county competitions is ever apparent, particularly with teams still involved in the All Ireland Club Series that finishes in March. By that time the various inter county pre-season competitions have come and gone and the National League competitions are well underway.

This year, with both Cuala and St. Vincents both still involved in the hurling and football championships respectively, it surely poses a headache for both Ger Cunningham and Jim Gavin while selecting their panels.

Equally it must have a similar effect on regular starters and indeed fringe players trying to break into the inter county process.

2016 has been a pretty good year for St. Vincent’s Shane Carthy. A part of Jim Gavin’s All Ireland winning panel, county and provincial honours with his club, a Dubs Star award, and now the patient wait for Vinnies to continue their journey in the All Ireland Championship.

But there’s always some rough with the smooth as Shane would clearly like to build on his inter county ambitions as the year goes on.

“It’s tough being involved with your club in February or March while you’re trying to break into the Dublin team”, Carthy told the Herald this week, “as you miss a fair chunk of the league preparations and matches.”

“I’m not making excuses but you are at a disadvantage.”

The 25 year old has been monumental in the club championship this year for Vincents. And with the absence of the injured Eamon Fennell, Carthy has proved his versatility in the middle of the park. But for Shane it’s about being part of it and he’s happy to play anywhere.

“I have tried to adapt my game a bit just for the team and it’s a different role that I have.”

“This year, it worked out well for us and I just want to contribute in any way I can.”

The Marino men took no time in refocusing after last year’s final loss at the hands of Ballyboden St. Endas in the Dublin Championship. And despite a close call with Ballymun Kickhams in the semi final, they looked quite like the dominant force once again, making light work of Castleknock in the final to reclaim the silverware.

Palatine, Mullinalaghta and Rhode didn’t really pose any threat as they won their 7th Leinster title, setting up an All Ireland Semi Final date with Slaughtneil of Derry in February.

Carthy is making the most of his current spell of good form, enjoying his role in the Championship and proud of his Dubs Star achievement.

“It’s very enjoyable to get back to the club because I wouldn’t have seen that much competitive action when with Dublin so I had a bit of a point to prove as well.”

“The group is very strong and we have a lot of strong leaders there in the likes of Mossy Quinn, Diarmuid Connolly and Michael Savage”.

“It’s all about the team ethos that we try to have in Vincent’s but it is nice to have an individual award to recognise the effort and contribution that you make for your club.”

WE’RE JUST A TEAM TRYING TO DO OUR BEST – BROGAN