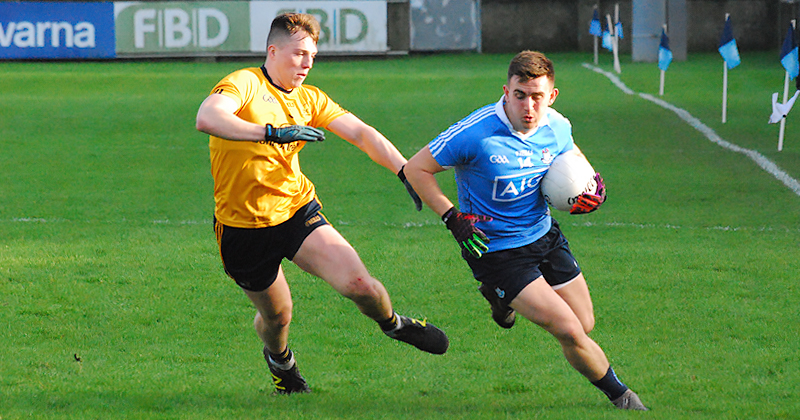 The All Ireland winning Dublin side might be basking in the Jamaican sun, but confidence from Dublin’s younger stars was warming the huge Parnell Park crowd this afternoon as they comfortably saw off the challenge of DCU in their opening O’Byrne Cup game.

With Paul Clarke at the helm, the boys in blue, some wearing the jersey for the first time, beat the Dublin College outfit with seven points separating them when Meath referee Cormac Reilly blew time on this tie.

It was Dublin’s attack that ruled the roost today, with Thomas Davis forward Paul Hudson continuing his run of form from last weekend’s Dub Stars encounter, scoring 1-03 this afternoon. Niall Walsh again made life difficult for the DCU backs as he orchestrated quite a lot of play up front. 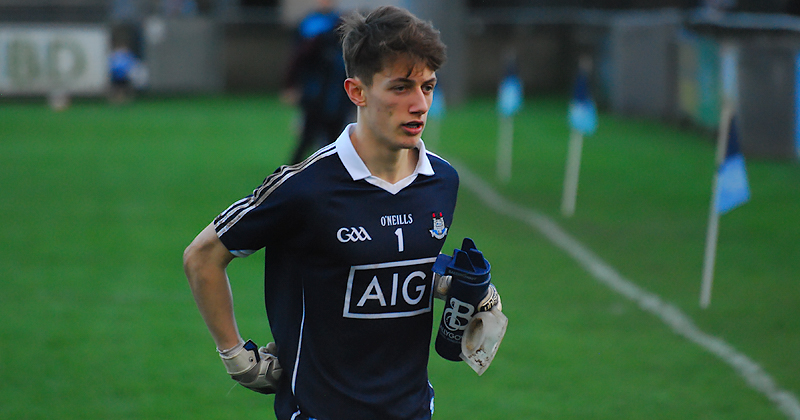 Dublin fans were also entertained by some spectacular goalkeeping by Ballymun’s Evan Comerford who showed very cool and confident hands on a number of occasions, particularly by stopping a penalty from DCU’s Kevin Feely in the first half.

Michael Deegan (2), Jason Whelan, Conor McHugh and Paul Hudson had Dublin leading 0-05 to 0-01 after the first quarter before Mark Plunkett and David Mannix (2) brought the college men back to the minimum between the sides with three unanswered scores. McHugh and Hudson widened the gap again and Comerford pulled off the aforementioned penalty save against Feely.

Following a beautiful Deegan point from play, Paul Hudson bore down on goal, rocketing the ball past Shane Mannion into the DCU net, making it an seven point game. Conor McHugh and Eanna O’Connor slotted over one more each for their sides with Dublin leading 1-09 to 0-05 at the break. 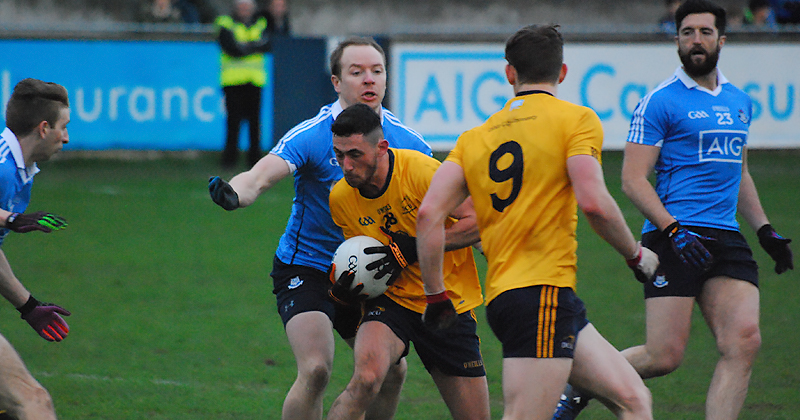 DCU’s Half time substitution Cian Mulligan opened the second half with a point from play, but another Paul Hudson free cancelled the effort out. DCU were fighting now and drawing frees in good scoring positions. Ryan Burns opened his account for the afternoon scoring the first two of his four within a minute of each other.

Dublin’s substitutions also made a great impact on this afternoon’s proceedings. Gavin Ivory replaced Paul Hudson and scored within minutes. The same can be said for Shane Cunningham, who replaced Conor McHugh and also sent one over the bar.

Niall Walsh got the score he truly deserved with an immense run, silver lining a fantastic performance from the Oliver Plunkett Eoghan Ruadh forward.

Jason Whelan was kept busy in midfield, with Caolan McGonagle a constant thorn in his side for most of today. Referee Cormac Reilly eventually carded both of them for their off the ball antics in what was a relatively calmer than usual fixture between these two sides. 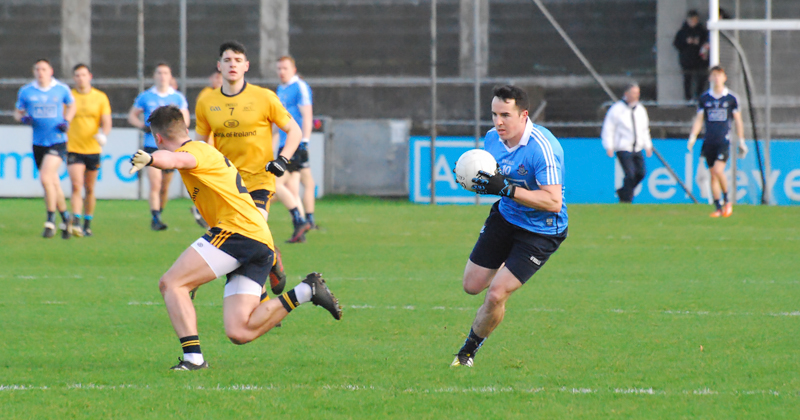 Both sides will rue some missed opportunities and wide balls leaving the score much less than it should have been. Shane Cunningham and Thomas Reilly scored one each for their respective sides, leaving the game in the hands of Dublin who were comfortable winners on a score off 1-15 to 0-11 at the final whistle.

Dublin will now face UCD this Wednesday in Parnell Park as part of a double header with the inter county hurlers, who will also face UCD in the Walsh Cup.