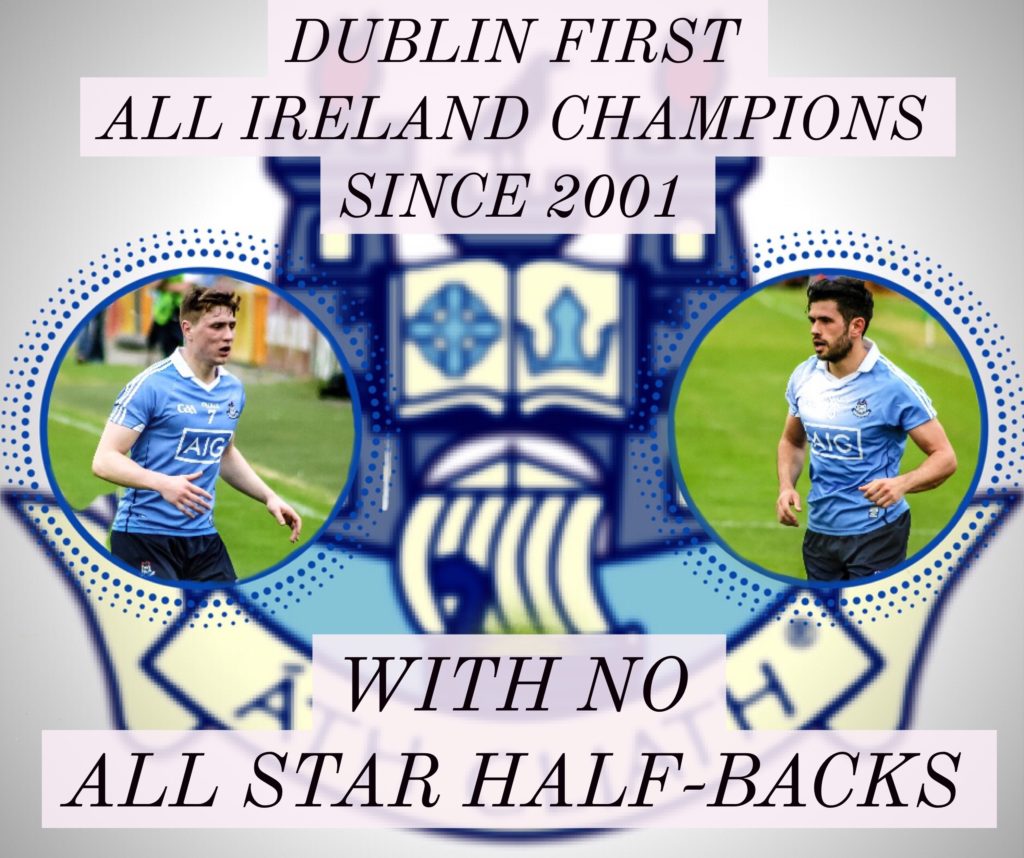 The football All Star winners were announced yesterday morning and as always there were some strange inclusions and even stranger omissions from the 15 chosen winners.

Each year when the winners are announced, it always feels like the committee charged with making the selections, choose some players in an effort to spread the awards around the country, rather than pick the players who were the best in their position throughout the year.

For the third year in a row Stephen Cluxton hailed by many as the greatest keeper to have ever played the game, has been ignored for an award. The Dublin Captain lifted the League, Leinster and All Ireland titles this season and bar a couple of uncharacteristic dodgy minutes in the first half of the semi final against Kerry,
Cluxton was excellent for Dublin throughout the season, which included a masterclass in kickouts in the All Ireland Final Replay.

But according to the All Star selection committee that wasn’t good enough and they decided to give the goalkeeper All Star award to Mayo’s David Clarke.

Even though he wasn’t Mayo’s first choice keeper in the league, where he only played one game and wasn’t first choice at the start of the championship and was dropped for the All Ireland Final Replay after having a poor day from kick outs in the drawn game. So with all that in mind the committees decision is an extremely strange one and looks for all intensive purposes like a sympathy vote.

Kevin McManamon can feel very unlucky to miss out, he had his best season in a Dublin jersey and must be wondering what he has to do to win an award. Heading into the All Ireland final he was being touted as a possible winner of the Player Of The Year Award, yet he wasn’t even deemed worthy enough of even an All Star, a baffling decision.

But the most contentious line on the All Star team is the half back line, the omission of both Cian O’Sullivan and John Small is just downright ludicrous.

And for the first time since the introduction of the qualifiers in 2001, Dublin are the only All Ireland winners to not have a single player in the half back line of the All Stars team.

Cian O’Sullivan was the best number six in the country by a mile this season and one of the main reasons Dublin won the League, Leinster and All Ireland titles this season.

Cian has been the most talked about centre back in the game for the past two seasons, with many pundits, journalists, managers, players and rival supporters, debating on how to curb his influence on games from a sweeping role he plays to perfection.

How Colm Boyle from Mayo who was substituted in no fewer than five of their last seven championship games (Kildare, Westmeath, Tyrone, Tipperary and the drawn final against Dublin) was chosen ahead of O’Sullivan is dumbfounding.

After a fantastic season Dublin’s John Small was another puzzling exclusion for an award. The Ballymun Kickhams star had some big boots to fill this season, as he took the number seven shirt vacated by last seasons Player Of The Year, Jack McCaffrey and made it his own.

Not only did John Small excel at his primary duty of defending, but he got forward to join the attack with great success, either punching holes in opposition defences with powerful runs and then cleverly offloading the ball to teammates in space or coming off the shoulder, which in turn created scoring opportunities for his forward colleagues or he chipped in with a score or two when they presented themselves along the way. John also won the player of the match award for his stunning performance in the drawn All Ireland Final.

He lost out on an All Star Award to Donegal’s Ryan McHugh, now the Chíll Chartha clubman is a fine player in his own right, but did he put in better quality or more consistent performances throughout the season than John Small did, the answer to that is no.

One last point, it would have been interesting to see what choice the All Star selection committee would have made in the half-back line if James McCarthy’s season hadn’t been wrecked by injury.

Up to the point of his injury, McCarthy looked nailed on for an All Star Award and was another being talked about as a possible winner of the Player Of The Year Award.

It injury hadn’t disrupted McCarthy’s season would the All Star selection committee still picked Lee Keegan ahead of him, well we will never know, but that one definitely could have caused the most controversy.

Maybe it’s time to shake up who the members are on the All Star selection committee and dispense with what looks from the outside of an agenda to spread the Awards around. Maybe then the best players in their playing positions throughout a season are rightfully recognised instead of the balancing act that seems to be the order of the day.