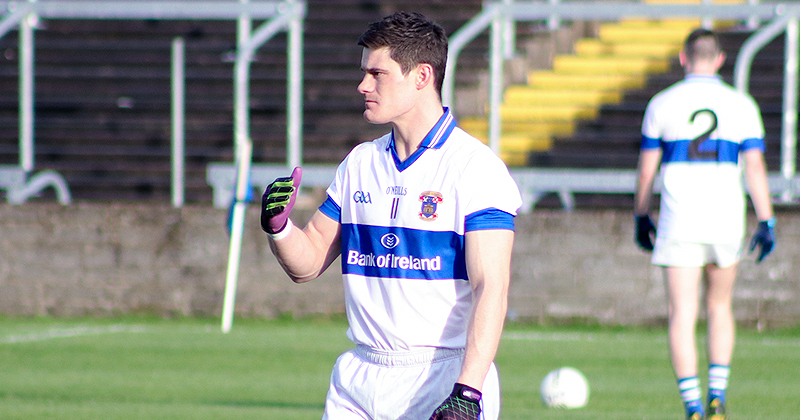 St. Vincent’s Diarmuid Connolly is expected back in Dublin in a couple of weeks

Dublin are four in a row All Ireland Senior Football Champions. They’ve won six of the last eight Championships. And the 30 strong panel has seen some radical changes over the years. Up to last year, Diarmuid Connolly was a mainstay for the Dubs. He remains one of the most gifted and skilful footballers the game has ever seen. Some would even say the best there is.

To their credit, the Dublin Senior Football team have never been about one player. And over the years they’ve had their fair share of wizards. But for many Connolly stands head and shoulders above the rest. Unfortunately with that attention comes negativity, and Diarmuid has had to suffer the blunt end of it for quite some time, both on the field and off it.

The Vincent’s man went on the missing person’s list after a cameo against Mayo back in March. In 2017 he endured a broken season, suspended for three months following an altercation with an official in Dublin’s Leinster Championship game against Carlow. And before this year’s, Dublin boss Jim Gavin confirmed that Diarmuid would be taking a break from inter county football.

Dublin’s loss was Donegal Boston’s gain, and it’s like Diarmuid never left, such is the coverage he’s been given while on his Summer Break. But with the Vincent’s man due home in a couple of weeks, the questions of his return to inter county action have resurrected.

Dublin selector Declan Darcy has worked with Connolly for many years. And has openly admitted that the 31 would always be welcome to return to the four in row champions.

“There are no issues from our end towards Diarmuid.” Declan told the Irish Times.

“He decided this year that he needed to take a little bit of time away, and he should have been allowed that, and we allowed him to do that.”

“Jack McCaffrey left us, Rory O’Carroll left us, the same rules would apply to those players as Diarmuid. If he comes back, we have an awful lot of loyalty towards him, we have fought hard battles with Diarmuid.”

Connolly Can Still Play A Part

Dublin, as a unit, have and will continue to evolve. Hearts sunk when Rory O’Carroll bid farewell to the team back in 2016. And many believed at the time there would be no suitable replacement. But Philly McMahon, Michael Fitzsimons, even Jonny Cooper have all stepped up to the plate and smashed it out of the park.

In terms of Diarmuid’s skill and adaptability, you only need look at the likes of Ciaran Kilkenny. The Castleknock man has more than filled the boots and will do so for many years. But you only have to imagine what Dublin would be like should Connolly return and show his desire to play again. The five in a row, and potentially his sixth celtic cross could very well be the carrot.

“We have the highest regard for Diarmuid, and we back him 110 per cent.”

“He’s due back in two weeks, if he’s playing to form, he’s happy, he wants to be part of the group and we feel he can fit into the group then absolutely.”