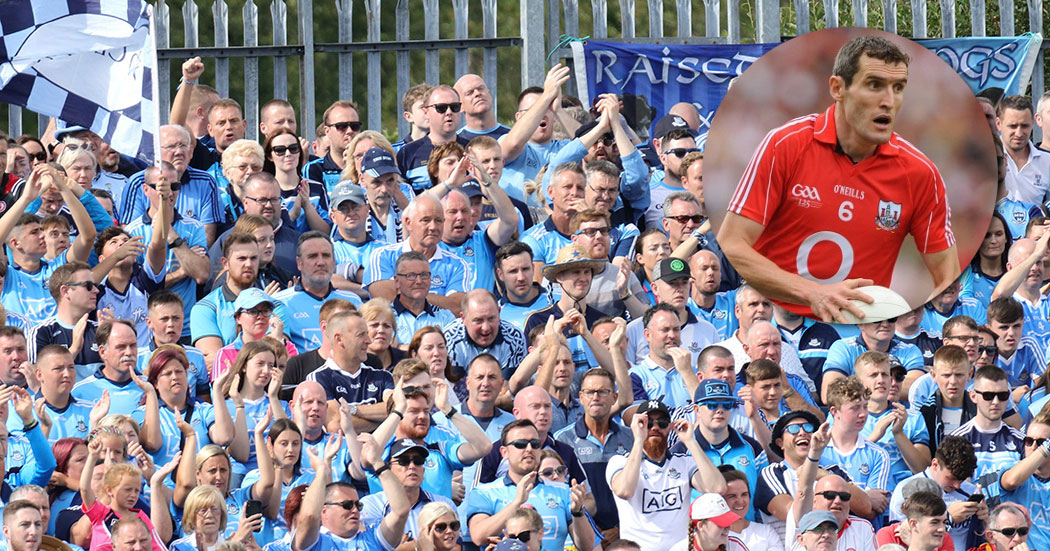 Dublin are a game away from what could be their seventh All Ireland Football Final. But the stakes this time around are higher in the history books for Jim Gavin and his panel. A fifth consecutive All Ireland title would make this Dublin side the greatest football team in GAA history.

For the fifth time this decade Mayo are the team that will try and topple the Dubs from their All Ireland perch. And Cork GAA great Graham Canty believes Mayo will certainly push Dublin tomorrow.

Canty captained the Cork side who beat Dublin in an All Ireland Semi Final in 2010. And Cork went on to capture Sam Maguire. Since then Dublin have only been beaten in two Championship games to Mayo and Donegal. Mayo have also held Dublin to two draws in the Championship.

What that says though is Dublin have won 52 out of their 56 games since losing to Cork in 2010. And as the years have passed the Dublin has grown and developed into what many believe are an unstoppable side. Can Mayo get a result tomorrow?

“Mayo have seen that they can go toe-to-toe with Dublin in the business end of the season.” Canty told The Sun this week.

“The belief that that group has shown is ferocious over the last number of years. The main drivers are still there, the core of the Mayo group is still there.”

While Dublin have gone from strength to strength, winning title after title, their nearest rivals seem to have drifted below them. And as a result that has become the focus of opinions, and not how good a side Dublin are. Canty believes that mindset needs to change.

“The challenge is for other counties to come up to that level, rather than saying, ‘Dublin have this and that’.”

“Look to get your own show in order and see if you can compete with this Dublin team that seems to be like a machine over the last four or five years.”

Tomorrow’s Semi Final, like many games between Dublin and Mayo over the years has garnered massive media attention. And the former Cork captain is looking forward to the game himself. Just to watch Dublin play their football.

“They love nothing better than a team going toe-to-toe with them.”

“That’s why the match-up between themselves and Mayo is always so fascinating. It’s two teams that go out to play head-to-head. They’ll play complete football.”

“WHELAN IN THE YEARS” – DENIS BASTICK