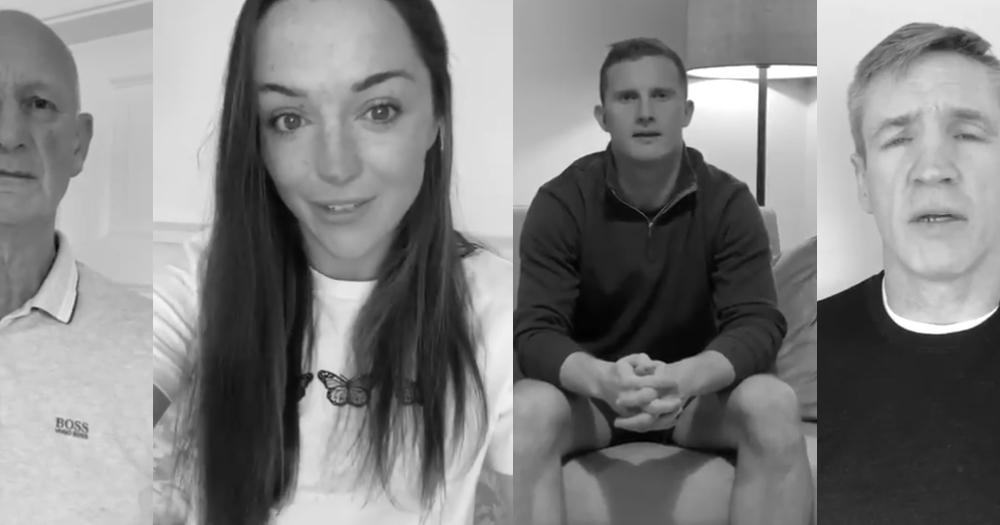 “We’re all in this together. It has never been as important to be part of the home team”

In a normal April, fans of football, hurling, ladies football and camogie would be enjoying the closing stages of the respective league competitions and preparing for the championship. But this isn’t a normal April. March was a difficult time for everyone in the country as the COVID-19 virus spread through the nation.

All events, including sporting ones have ground to a halt. And it’s left an element of uncertainty around the rest of the sporting year. But the safety of every person in Ireland, and indeed around the world, has become a matter of great importance. One day we will see the end of this outbreak, but until then we’re all being asked to stay at home.

It has never been as important to be part of the Home Team.@HSELive @officialgaa #HomeTeam #StayAtHome #Covid19 pic.twitter.com/zQ31EFhPNy

“This time of the year, we’re usually doing all we can to get the better of each other, to try our best to be on the winning team,” the video begins.

“We’re usually at the end of the leagues, getting ready for the white-hot battle of championship football. But this year is different. This year, we’re all part of the one team. We have a common opponent that we will only overcome together.”

The video acts as part of a wider #HomeTeam campaign the GPA and WGPA have been pushing out on their social media platforms recently.