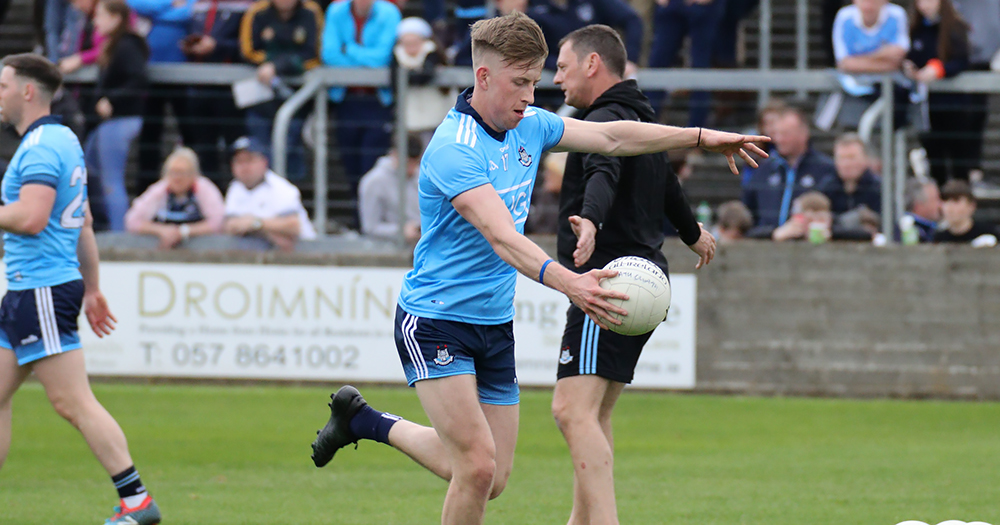 Two goals in the second half of this afternoon’s game in Pearse Stadium tied up a 2-15 to 0-15 victory for the reigning All Ireland Football Champions Dublin to finish their league campaign on the front foot. With Kerry securing the League title yesterday, Dublin finished in second place behind their rivals, but will be happy with today’s performance as they prepare to retain both their Leinster and All Ireland titles.

Dublin trailed Galway by 2 points at the break, which was a positive playing into a very strong wind, causing havoc with kickouts. But Dessie Farrell’s side were quite economical with their possession and it put them in a good position before the second half.

In the build up to the second half water break, the Dubs laid down a surge of scores, and drove for home with victory in their sights. 1-03 was tallied in a six minute period, with two of Dublin’s substitutes grafting together to raise their first green flag.

Cormac Costello laid down the ground work for the goal with Sean Bugler hitting the end of Costello’s handpass to drive the ball into the Galway net to go from 2 points down to a point ahead in the 50th minute. Bugler added a point on a few minutes later giving Dublin a slightly bigger advantage before the water break. And Paddy Small pushed them out further immediately after the restart.

Both sides traded scores from here to the end of the game. But when Con O’Callaghan struck the net for Dublin’s second in the 4th minute of additional time it was game over. The Cuala forward’s fisted point effort hit the upright, but he was there to follow it in and secure the three pointer. It was only fitting that Con’s mark a minute later was the last action of the game against a much improved Galway side to the one that was beaten by Mayo last week.