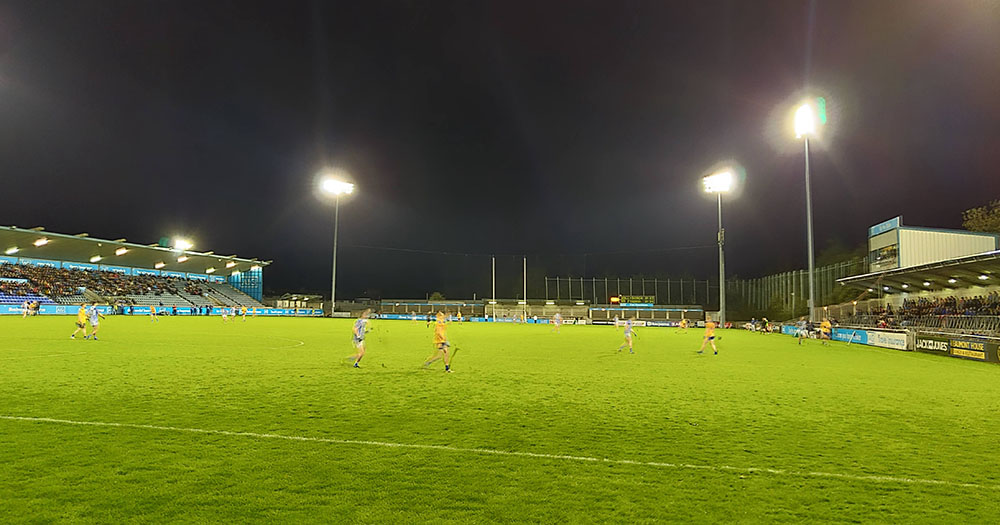 The Dublin Senior 1 Football Semi Final action gets underway this evening with the action continuing at Parnell Park. And up first are Group 2 winners Ballyboden St. Endas and Group 3 winners Na Fianna. The men from Mobhi Road carved out their place in tonight’s last four clash running through the group phase unbeaten. Wins over Thomas Davis, St. Judes and Skerries Harps set them up with a very enticing draw with Whitehall Colmcille in a quarter final 2 weekends ago.

Despite losing Jonny Cooper on a second yellow Na Fianna managed to hold off the much determined Whitehall to be the first side to advance to this year’s Senior 1 Football Semi Finals. And it was literally by the minimum amount on a 1-12 to 1-11 scoreline. The Mobhi Road men led by 1-05 to 0-04 at the half time break. Conor McHugh palmed the ball into the net after Darragh Cummins saved James Doran’s initial attempt.

As the second half progressed Na Fianna had put themselves into a 5 point advantage. Whitehall managed to close that gap to just 0-03 before some good fortune came their way. Jonny Cooper left proceedings on his second bookable offence, and Cormac Costello calmly converted a penalty from the spot to tied the game in the 50th minute. McHugh and Aaron Byrne shared three scores to put Na Fianna back in the box seat. And despite Costello and Eoghan O’Donnell closing the gap to a single score Na Fianna managed to hold on to secure their last four slot.

Ballyboden St. Endas have their eye on their 5th Senior Football title. The southside giants finished level on points with newcomers Cuala in Group 2 with points difference seeing them take the top spot. In true Boden spirit they picked themselves up after drawing their opener against the Dalkey men to score victories over Ballymun Kickhams and Clontarf to set up a last eight fixture with Ballinteer St. Johns. While Jack Lundy hit the net early for Ballinteer, Boden hit 1-06 without reply with Warren Egan’s goal the difference in the 1-06 to 1-09 half time score.

Egan and Darren O’Reilly both hit the net for Ballyboden and they continued to carve out a 3-13 to 1-09 lead. Byt Ballinteer were not lying down. With 5 minutes of normal time on the game clock, Fearghal Duffy and David Devereux hit the net in quick succession. Lundy sent over a point pulling them within 3 points, but Boden legend Conal Keaney kicked over 2 incredible points. It’s worth pointing out Keaney turned 40 last week and can still turn on the charm. it saw the game finish with Boden on a five point lead and leaping back into the semis.

Crokes brang all their bug game experience to that last eight tie. Even a Niall O’Callaghan Cuala goal midway through the second half couldn’t shake the champions who went on to see out the game on a 0-14 to 1-09 scoreline. Galway inter county star Shane Walsh hit 0-05 in the game with Dara Mullins and Shane Cunningham scoring late to keep the tie alive and see Crokes secure the win.

Thomas Davis find themselves back in the Senior Football Semi Finals. Wins over Skerries Harps and St. Judes saw them finish as runners up behind Na Fianna in Group 3 to advance to the Quarter Finals. They easily dispensed Castleknock on a 1-12 to 0-05 scoreline in that tie. Fionn Murray, Conor Guilfoyle, Eamon Conroy, Sean Farrelly, Cian Murphy and Eoin Kirby all sent scores over to give the Tallaght side a 0-07 to 0-02 half time lead.

Tommy McDaniel, Kevin Stephenson and Eoin O’Brien all sent scores over for Castleknock in an attempt to get themselves back in the tie, but ultimately Thomas Davis were too strong. Ciaran Kilkenny was denied a great goal chance by Davis keeper Robert Crilly. Eamon Conroy coverted for Thomas Davis at the other end in the 42nd minute. Between Conroy, Murray and Gilfoyle they amassed 1-08 of Thomas Davis’s 1-12 and they finished 10 points the better of Castleknock.