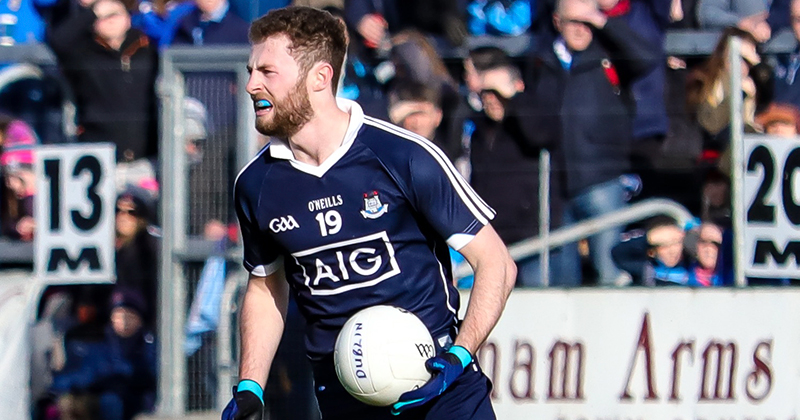 Following Saturday night’s impressive win over Mayo in Croke Park, Dublin are now 33 games unbeaten and are heading for Kerry in just under two weeks to try make it 34. And based on their impressive performance at the weekend who could argue that it can’t happen. Even without a full strength panel.

But despite leaving Mayo behind on a 0-12 margin, Dublin boss Jim Gavin, as usual, played down the victory in his post match comments.

Speaking to the42.ie about the work rate of the Dublin backs, the manager said “That’s the defence doing their job, that’s what we expect from them.”

But one subject Jim didn’t play down was the notable absence of a few of his first choice players. One in particular being Jack McCaffrey.

Two weeks ago Jack was with UCD participating in the Sigerson Cup weekend. The Dublin star played two games inside 24 hours for the team, who sadly lost out on retaining the title to St. Mary’s.

But as a direct result of this Gavin was forced to plan for Saturday’s Allianz League tie against Mayo without the wing back.

“I wouldn’t do it with the U9s below at club, play games back to back. So why would we do it at that level where most of those players are senior club players at home with their clubs or they’re either playing with inter-counties?”

This Year’s Cornerstone Players In The Jim Gavin Ranks