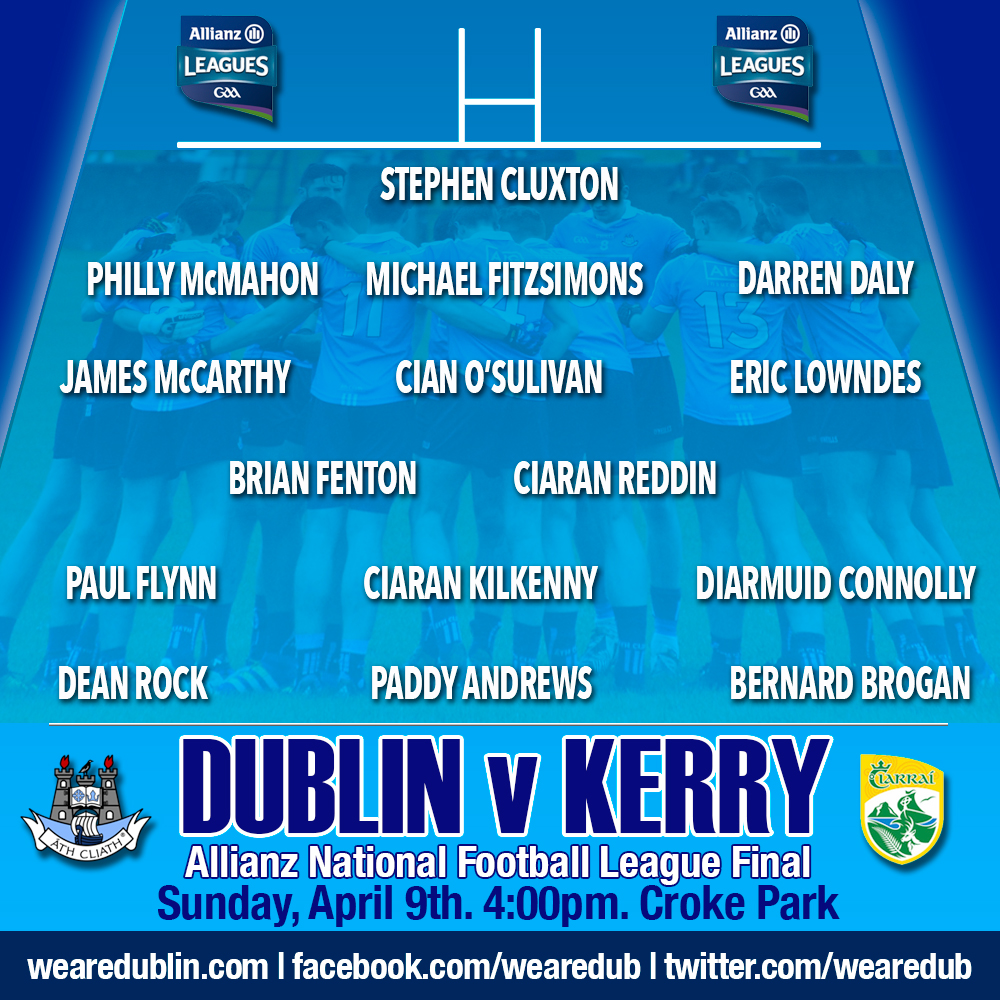 Dublin boss Jim Gavin has named his starting team for tomorrow’s Allianz League final against Kerry, and he has made four changes to the team that beat Monaghan last weekend.

Bernard Brogan, Diarmuid Connolly, Cian O’Sullivan and Darren Daly all return to the starting line up as Dublin chase their 13th league title, and hopefully their fifth in succession.

After coming on as substitutes last week, Bernard Brogan and Diarmuid Connolly will be used from throw in at Croke Park while Cian O’Sullivan and Darren Daly come in for Kevin McManamon and David Byrne. Ciaran Kilkenny, who started at half back last week, moves to the half forward line.

The players making way for Brogan and Connolly are Niall Scully and Conor McHugh.

The All-Ireland champions extended their unbeaten run in the league and championship to 36 games last week and hold the upper hand over Kerry having not lost to Eamonn Fitzmaurice’s men since the 2015 league campaign.

Tomorrow’s game is a repeat of the 2016 League Final, but will it be a repeat of last month’s grudge match in Tralee?