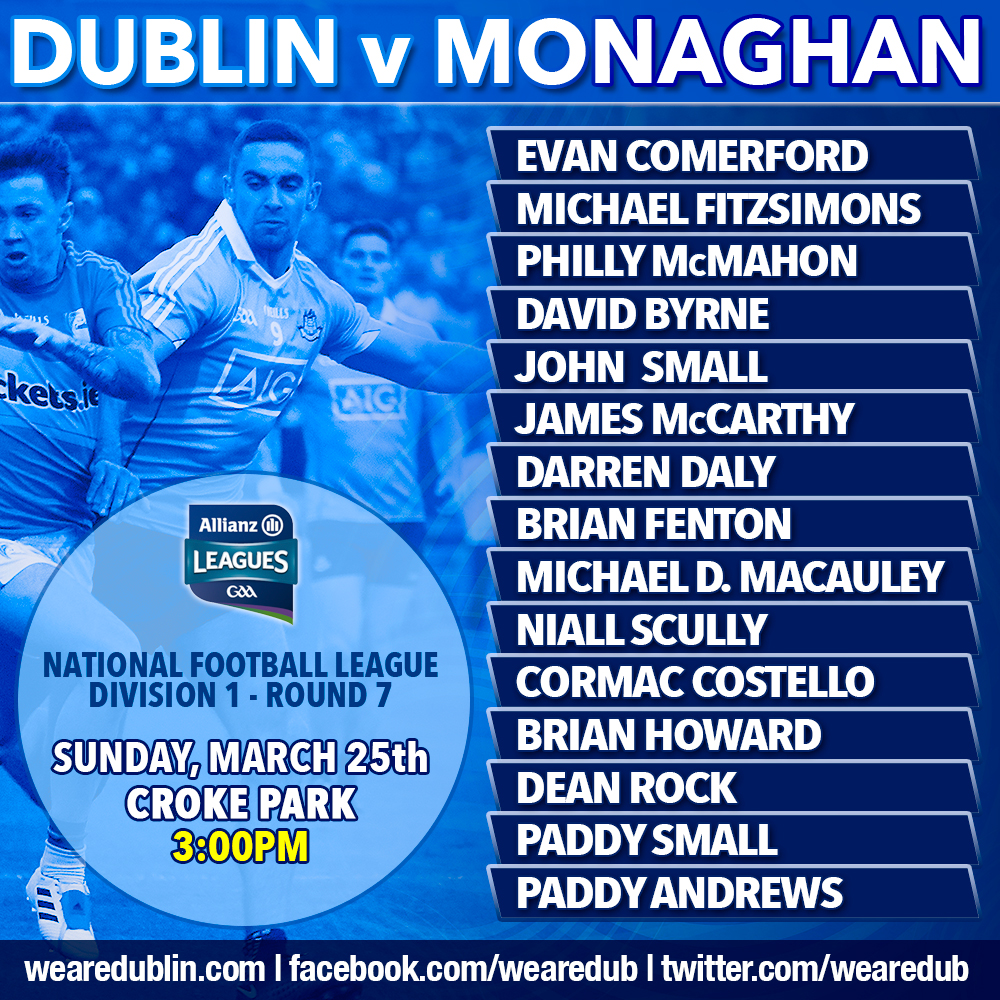 Before that the boys in blue must complete their final game against Monaghan this afternoon in Croke Park following the NHL Quarter Final between Dublin and Tipperary.

Dublin Jim Gavin has named his starting selection for the game at HQ.

Darren Daly, Brian Fenton and a half-forward line of Niall Scully, Cormac Costello and Brian Howard will start against the Farney County.

This is Cormac Costello’s first start of this year’s league after suffering injuries earlier on in this campaign.

The players who started against the Tribesmen who have not been named to start this Sunday are Jonny Cooper, Eric Lowndes, Ciarán Reddin, Ciarán Kilkenny and Colm Basquel.