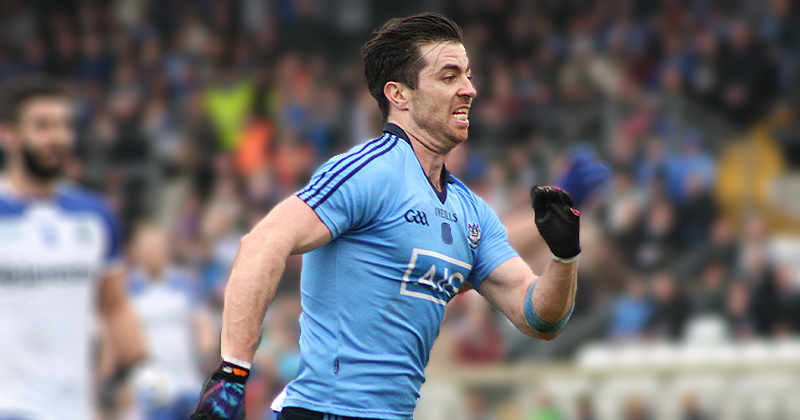 While Diarmuid Connolly’s altercation with match official Ciaran Brannigan stole the headlines from the aftermath of Dublin’s comfortable Leinster Quarter Final victory over Carlow on Saturday, some might have missed some good news from the Dublin camp in relation to injuries.

There were some obvious positional switches in Dublin’s starting line up in O’Moore Park at the weekend, all necessary due to absentees from injury.

Paul Mannion started in the half forward line, with Paul Flynn missing from the action. John Small is still recovering from injury, giving Jack McCaffrey another opportunity to impress, which he had no problems doing.

And the Dublin boss was left with a slight head ache in midfield. Had Paul Flynn not been injured he could have started alongside Brian Fenton. Denis Bastick could of course have filled the role but maybe not for a full 70 minutes.

But all was definitely not lost as Ballymun’s James McCarthy was given the role he plays at club level and settle in well.

The juggling act for midfield was created by the missing regular Michael Darragh Macauley.

The Ballyboden man was taken off in the club’s defeat to St. Oliver Plunkett Eoghan Ruadh back on April 20th and it was suspected he had suffered some serious ligament damage which put a question mark over his involvement in this year’s championship.

However after Dublin’s win on Saturday, Jim Gavin was quick to dispel any rumours to confirm these suspicions.

“Michael’s back, he’s back on the pitch now.” he told SportsJoe.ie.

“Himself and a good few other players are on that path to return to play and hopefully we’ll see them back shortly.”

“We never put an exact date on these but they’ll be back shortly.”

This hopefully means Dublin fans will see Macauley back on the pitch in competitive action sooner rather than later.

CLUXTON AND McCARTHY NOMINATED FOR PLAYER OF THE YEAR AS THIRTEEN...