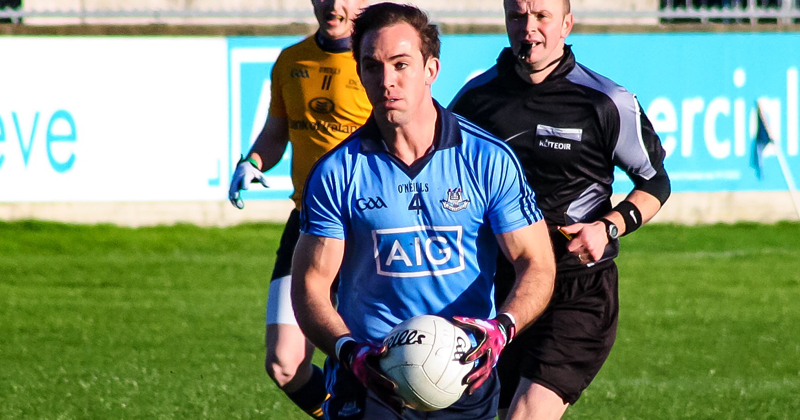 Following Dublin’s victory against Cavan yesterday, and starting the national football league were they left off at the end of the championship, Jim Gavin confirmed to the media that half forward Tomas Brady would not be joining the Senior Football panel for the season.

Speaking to the Herald, the Dublin manager said his absence was for personal reasons.

“Tomas has had a stellar career with us and,” said Gavin, “when he reflects on the trophies and medals that he’s won, he and his family will be very proud”

Brady, a Na Fianna club man, started his senior inter county life as a hurler and in 2013 switched to football when Jim Gavin took over the reigns. Sadly Tomas suffered a severe cruciate injury during that summer. He did return and has been part of the last 2 All Ireland winning panels.

“We’ll certainly miss him. He’s been a great leader with that group and when Tomas spoke everyone listened. He’s a good character and the club are lucky to have him – and any organisation he works for.”

In addition, the Dublin boss has reiterated that veteran Midfielder Denis Bastick will return in 2017, but is currently in the final stages of recovery with an injury, and is due to back playing club football with Templeogue Synge Street in a couple of weeks.

Full Back Rory O’Carroll will again not be a part of Dublin’s plans this year, as he is currently working in New Zealand.

“When he comes back and starts to play football again with Kilmacud, we’ll have a chat,” said Gavin.