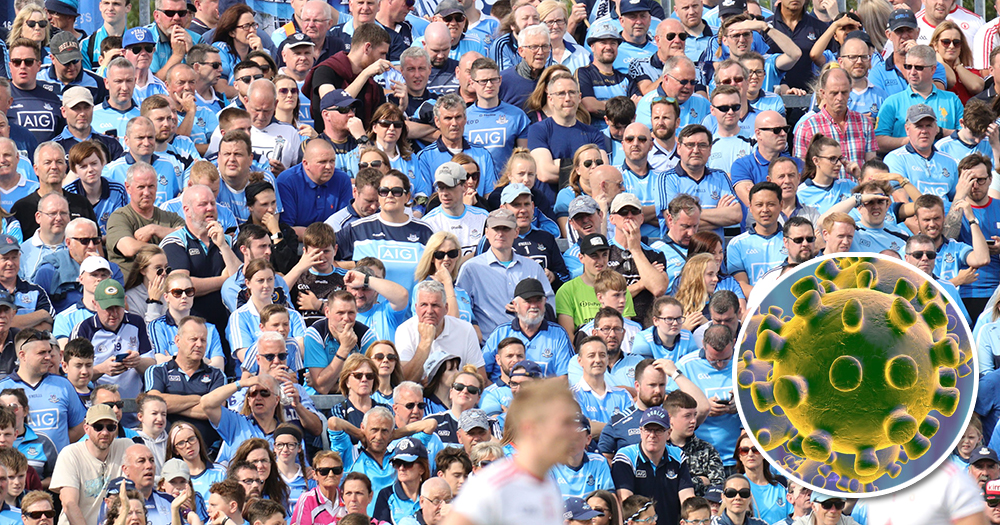 With the St. Patrick’s Day festival and parade cancelled in Dublin, Cork and other cities in the country, it’s no surprise that the effects of the ongoing Coronavirus outbreak would see focus put on our national sports.

Already the Six Nations Rugby Championship has been effected with Ireland’s remaining games now postponed. And now there are questions around the remaining Allianz League fixtures and other competitions in what is a concerning time. Both the Football and Hurling competition are all in the latter stages

Tonight the GAA medical, scientific and welfare committee are due to convene to discuss a number of topics. And committee chair Dick Clerkin confirmed that the Coronavirus issue would definitely be on the agenda.

“Our concerns are more player-specific than the safety of public gatherings but we are the only committee with a medical remit and our members include some well-known and respected doctors, who may well have something to contribute in relation to this” Clerkin told The Times.

“Ultimately though the GAA will do what’s best for public health. If the worst thing that comes of it is that a few football games, hurling games and rugby games are cancelled – if that’s as bad as it gets, we’d take that.”

No major impact on games since 2001 Foot and Mouth Outbreak

This week 19 years ago all national fixtures ground to a halt when Foot and Mouth disease hit our shores. The Club Championships too were affected with the finals then being played on St. Patrick’s Day postponed until April of that year. Luckily the club finals being moved forward this year has meant the Championship won’t be affected. But the U20 Football Championship may very well be impacted. The two All Ireland Semi Finals are scheduled for Croke Park on March 17th.

Since last week the GAA has liaised with the HSE. And all relevant information has been circulated around club and county boards in the country. All fixtures are under review. And a spokesperson for Croke Park has said the GAA will “follow whatever action” was recommended by the public health authorities and they will keep an eye on the “evolving situation”.

Despite three major storms this year, the fixtures schedule hasn’t been impacted too much. Which has been a blessing for the GAA. And the thoughts of any widespread disruption to the schedule now would have a massive knock on effect across the year.

For now all scheduled hurling and football fixtures are expected to be completed by the end of the month. As are the U20 Football Championship fixtures that Dublin are involved in.

We’ll keep an eye on this situation as it progresses, in particular on games involving any Dublin teams in Football, Hurling, Camogie and Ladies Football

Three changes to Dublin team for All Ireland clash with Waterford

NAOMH BARROG CROWNED WE ARE DUBLIN SENIOR 7B CHAMPIONS