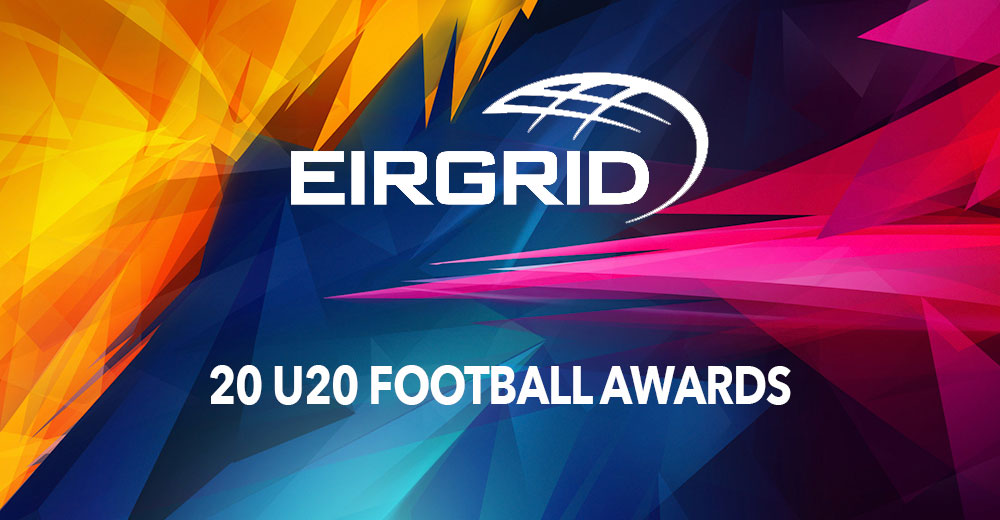 Marking their fifth year involved, Eirgrid today revealed the twenty plays in the U20 Football grade to be recognised for their efforts this season.

it comes as no surprise that as many as seven players from the All Ireland winning Cork side have been chosen. And Dublin have had four names selected in the group. Ulster Champions Tyrone also have four players in the mix, with Connacht Champions Galway on three. The remaining two players hail from Mayo and Laois.

Dublin sharpshooter, Ciaran Archer, was named both Leinster and overall EirGrid U20 Player of the Year ahead of Munster’s Cathal O’Mahony (Cork), Connacht’s Liam Costello (Galway) and Ulster’s Sean Og McAleer (Tyrone), all of whom were named the top players from their provincial championships.

Following a well-worn and proven pathway

Speaking on behalf of the GAA, Uachtarán Cumann Lúthchleas Gael John Horan said: “My congratulations to all of those who have been named on this prestigious list and to the families and clubs who they proudly represent.

“The EirGrid 20 U20 awards acknowledges the fact that a full panel of players is needed to be successful and is reflected in the fact that players from six different counties are included here in recognition of their excellence over the course of another high quality EirGrid U20 Championship.

“These players are following a well-worn and proven pathway in making the step from underage to senior status and football’s rich history shows how these competitions help nurture and develop the senior stars of tomorrow.”

Jim Gavin Not Interested In What Former Players Or Pundits Say