Two rounds to play in the Football Championship, can we even guess who’ll complete the Super 8s two groups? 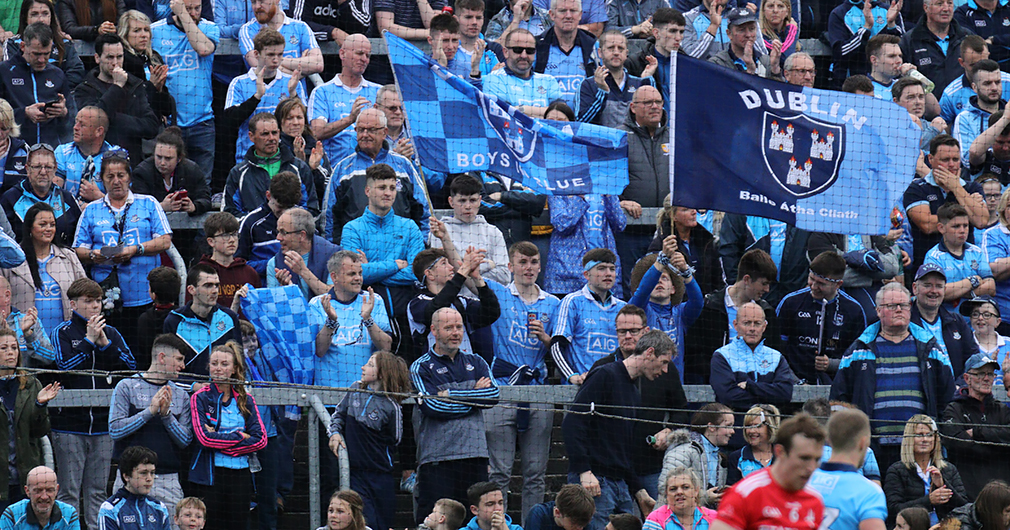 But is the picture any clearer? What four sides will fill the empty spaces in Group 1 and 2 of the 2019 Super 8’s phase? This Saturday, four more teams will be culled. That leaves the survivors and the provincial runners up to battle it out to in the final round of games.

For the provincial losers, Meath, Cavan, Cork and Galway, they wait another week to prepare for their final round opponents. So let’s take a closer look at All the provincial finalists and their chances for the rest of the summer.

It’s hard to believe that TV punditry was in disarray back in April, with the combined scratching of heads. After a hit and miss League campaign. How could Dublin have the same punching power in the Championship for another year? Which seemed to make so many so absent minded of the last decade.

Well it’s fair to say that in the three competitive Leinster games, Jim Gavin’s team have once again proved that they are still the driving force in the competition. Louth and Kildare batted away. And while their second half performance over a stunned Meath brings the Leinster Championship into question, Dublin’s superiority was back in focus for every county to take notice.

Injuries aside, Dublin are still best placed to retain the Sam Maguire this year. And should they succeed, they’ll make the five-in-a-row dream a reality for their supporters.

Five Ulster titles this decade sees Donegal again romp into the Super’s automatically. With influential players like Michael Murphy, Paddy McBrearty, Jamie Brennan, Shaun Patton and Hugh McFadden firing on all cylinders, you’d be hard pushed to choose few over them to reached an All Ireland Semi Final.

Back in the top flight of the National League after being crowned Division 2 Champions. They weathered a defensive Fermanagh. Silenced last year All Ireland finalists Tyrone, and were too strong for Cavan in the Ulster final

There’s absolutely no denying that Kerry have lifted themselves off the floor and recovered from what could arguably be their worst All Ireland Championship campaign in recent times. Came unstuck against Mayo in this year’s League Final. And despite a late surge from Cork in the Munster decider came out on top.

Attack in abundance? Yes. But what’s equally concerning is the holes in their defence, that Cork capitalised on, which will need to be filled in when it comes to the bigger challenges down the road. a six point win over Clare and only a three score deficit over Cork doesn’t do their scoring forwards justice. But write them off at your peril.

Not the bookies favourites from the provincial competition but a second spell in the Super 8’s nonetheless, albeit last year may have come as a surprise last year beating Armagh to the crunch. And after relinquishing the provincial title to Galway last year, they recovered it immediately to earn their slot.

To beat both Mayo and Galway in the province in the same championship season is a credit to the toughness of this side under the watchful eye of Anthony Cunningham. They’ll not be too enamoured being grouped once again with Dublin but this time around they may not see themselves as the whipping boys.

The Provincial Runners Up

Promotion to Division 1 in the National Football League. A thing that eluded Meath for so many years despite still having success in the Championship during the 90’s and beyond. And from the preliminary round right through to the Semi Finals in Leinster they seemed to be building some momentum. But come yesterday morning, what could the mindset of the Meath players possibly be as they await a tough Round 4 qualifier.

Losing to Dublin wouldn’t have been the issue from Sunday’s Final, but the way in which they lost will weigh heavy on Andy McEntee’s men. But after everything they’ve achieved this year, they won’t want to go out of the championship like that. But that will depend on their opponents in two weeks time.

For the men from the Breifne County, they’ll want to sweep away the weekend’s Ulster Final. They faced a Donegal side that they couldn’t match. But what they did manage to do, like Cork did against Kerry, was present a weakness in Donegal’s defence that others will look to attack over the coming weeks. Trailing by eight points at half time, Cavan by no means dropped their heads and two goals at the very least made the contest more entertaining.

Before they contend with being in Division 2 of the League next year, Cavan will at least want to throw the sink at whoever they meet in the last qualifier.

It’s fair to say that this weekend, Cork brought a hard reality check to Kerry in the Munster Final. And quite frankly the Rebels nearly produced what would have been the shock of the Championship. Hammered out of the park in 2018, relegated in the 2019 League, Cork will have had something to smile about leaving Pairc Ui Chaoimh on Saturday.

Cork found an aggression that was absent from their style for quite some time. And had it been any other opponent on the day, you could almost be guaranteed they’d have won comfortably. But they get another opportunity to advance in a fortnight. They need to kill the game off if they even get a sniff of the opportunity they had against Kerry.

I think most fully expected the Connacht Final to be contested between Galway and Mayo this year, but Roscommon put paid to that pipe dream. But even still most would have expected to see Galway enter the Super 8’s as Connacht Champions. And as the game played out, it certainly seemed that it would be that way. But a five scored advantage was turned over and spelled defeat for the Tribesmen.

Galway no need to find that attacking style they had become known for in recent years and have one last throw of the dice to reach the Super 8’s. Anything less than a Semi Final Slot like last year will be a disappointment for these men.