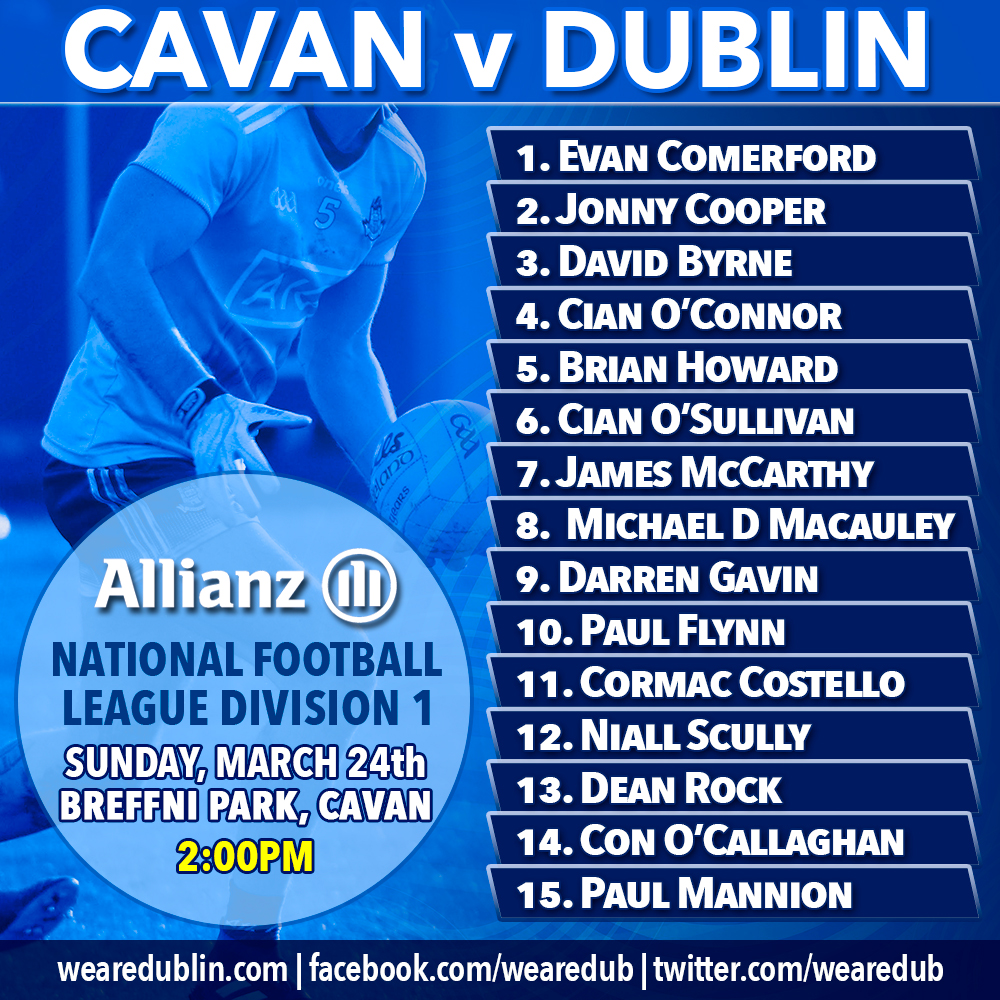 It’s the final round in this years National Football League. And following previous results, Dublin already know they will not qualify to retain their League title. But Dublin manager Jim Gavin will use Sunday’s trip up north to have a final look at some players before choosing his championship squad.

For Cavan there’s little at stake as they sit at the bottom of Division 1 and a win won’t help their cause much as they face relegation along with either Roscommon or Monaghan.

The last time these two sides met in league action was the opening round of the 2017 campaign with Dublin leaving Cavan that day with a win on 0-18 to 0-11. They’ve met in 16  football league encounter, with Dublin winning nine of those, and Cavan getting four. They have drawn 3 times

In the starting 15, Gavin has named Evan Comerford to start again ahead of Stephen Cluxton, but that could change tomorrow. James McCarthy is named at wing back replacing John Small. Michael Darragh Macauley comes into the midfield with Brian Fenton being rested.

The half forward line sees Paul Flynn get a league start, alongside Cormac Costello and Niall Scully. And the Number 14 jersey will be worn by Con O’Callaghan in place of Ciaran Kilkenny.