In one of the few outings for Dublin supporters last year, Dublin and Kerry served up a stalemate in the National Football League 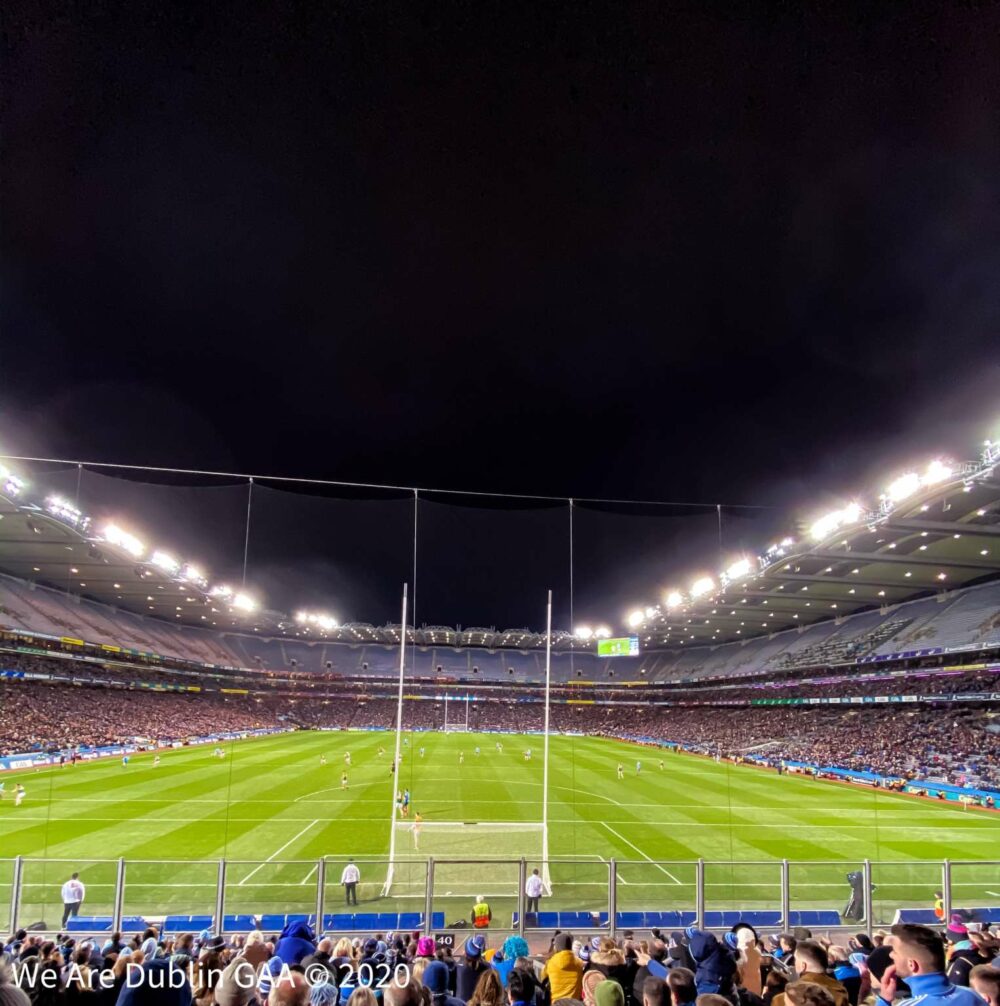 There’s never such a thing as a dull encounter in the rivalry between Dublin and Kerry. And last year, months before the country went into lockdown, fans were served up another thriller. Tempers flared at the end of a pulsating league clash.

Dessie Farrell’s first league game in charge as Dublin manager looked like it would end perfectly with a first win after Dean Rock slotted over a free in the 76th minute to give the Sky Blues the lead. But referee Sean Hurson found three more minutes of play beyond the six that were announced to allow Kerry to snatch a draw.

Tempers flared when Kerry were awarded the late free for a foul on Micheal Burns, Niall Scully kicked the ball away and Burns proceeded to kick Scully which drew a reaction from the Dublin players.

Referee Hurson though took no action against Burns and instead booked Ciaran Kilkenny and moved the free forward making it an easy free for Clifford who dispatched it between the sticks for a share of the spoils.

Tense scenes as tempers flared more than once in the final stages at Croke Park!

But David Clifford kept his cool to earn Kerry a draw at the death #RTEGAA #AllianzLeagues pic.twitter.com/3d92mBBO1Y

Both sides had a player sent off during the game, Dublin’s Eric Lowndes was first to be shown the line, Lowndes was shown a black card and sent to the sin-bin a couple of minutes before the break and missed the opening seven minutes of the second half. In the 57th minute he was shown a yellow card and added to the earlier black a subsequent red card and Dublin were reduced to 14.

The numbers were evened up four minutes later when Kerry’s Graham O’Sullivan was black carded and sent to the sin-bin and Peter Keane’s teams lack of discipline was punished further in the 76th minute of the game when Seán O’Shea was sent off on a second yellow.

It was a physical encounter throughout with both sides not afraid to put in the hits and there is a feeling that there is some bad blood beginning to seep into this rivalry.

Dublin started the brighter of the two teams and by the 13 minute mark led by 0-05 to 0-01 courtesy of a couple of Dean Rock frees, the first converted advanced mark of the game from Conor McHugh and two fine points from Ciaran Kilkenny and Kevin McManamon with the only reply from Kerry a point from Gavin Crowley.

Simply sensational…. What a baller David Clifford is 👏👏👏

But Kerry got right back in the game in the 18th minute with a goal from David Clifford who held off challenges from David Byrne and Eoin Murchan before slotting the ball past Dublin goalkeeper Even Comerford and despite the men from the Kingdom doing very little up to the that stage of the game they found themselves level with the score 0-05 to 1-02.

Brian Fenton who was excellent throughout, particularly in the first half slotted over the first of his four first half points to put Dublin back in front.

Kerry hit back with a free from Sean O’Shea and James O’Donoghue to take the lead for the first time, but two sumptuous points in a row from the imperious Brian Fenton who cut through the Kerry defence with pace, power and no little skill to leave defenders in green and gold in his wake, regained the lead for Dessie Farrell’s side.

Dean Rock fouled before stepping up and calmly slotting home to put Dublin two points up.

Points from O’Brien and O’Donoghue brought the Kerry roaring back, but with five minutes of normal time left to the break the pendulum swung again, a move up along the Cusack Stand side was worked into Paddy Andrews who released Dean Rock inside the Kerry cover and as he headed for goal he was fouled in the square for a penalty which Rock took himself and he found the bottom right hand corner of the net to give Dublin a two point advantage.

A point from Clifford from play his only one from play in the game was quickly cancelled out by a Conor McHugh free.

Gavin O’Brien added a point for Kerry and then Eric Lowndes was sent to the sin-bin, and Clifford scored the resultant free to bring the sides level as the first half entered added on time.

There was still enough time for Brian Fenton to score his fourth point of the half to give Dublin a slender one point advantage at the break with the score 1-10 to 1-09.

With Lowndes still to serve seven minutes in the sin-bin after the break Kerry took full advantage of their numerical advantage. Half-back Paul Murphy broke up field twice in the opening four minutes of the second half to swing over two points and Liam Kearney finished another move off with a point to give Kerry the lead by two.

Two Dean Rock frees either side of one from Sean O’Shea left the bare minimum between the sides. Then Dublin were hit with the Lowndes dismissal as he received a yellow card for a high and due to his earlier black a subsequent red.

Two Sean O’Shea frees pushed the Kerry lead out to three, but in the 61st minute they too were reduced to 14 players when Graham O’Sullivan was shown and black card and a ten minute stay in the sin-bin.

Dean Rock converted the free, but O’Shea responded in kind down the other end and with six minutes of normal time left on the clock Kerry with a three point advantage looked in a strong position to claim the league points on offer.

But as has been shown in the past you never write Dublin off, a free near the Kerry end line was taken quickly by Dean Rock to Paul Mannion who passed it to Kilkenny who immediately offloaded to James McCarthy who slotted the ball over.

Dublin won the restart and the ball was played into Ciaran Kilkenny caught a brilliant advanced mark which he converted himself to leave one in it.

Killian Spillane claimed and scored an advanced mark of his own to put two points between the teams again. But three brilliant points in-a-row from former U21 Player of the Year Aaron Byrne, Ciaran Kilkenny and Niall Scully put Dublin one in front with the game in added time of which six were announced.

Paul Geaney brought parity again with a fine point, but Kerry then lost Sean O’Shea to a red card via a second yellow. Dublin played keep ball for a couple of minutes probing for gaps and in the 76th were awarded a free, Dean Rock converted and it looked like Dublin had done enough to claim the win.

But the referee played on and Kerry won the free which Clifford sent between the sticks to snatch a late draw. After the game Dublin manager Dessie Farrell was very pleased with the intensity and competitiveness of his side particularly as they are only back in training the last two weeks.

“Two sides went at it – it was a great spectacle” – Dublin boss Dessie Farrell gives his reaction to tonight’s thrilling draw with Kerry #RTEgaa pic.twitter.com/GzJo0DPu7i