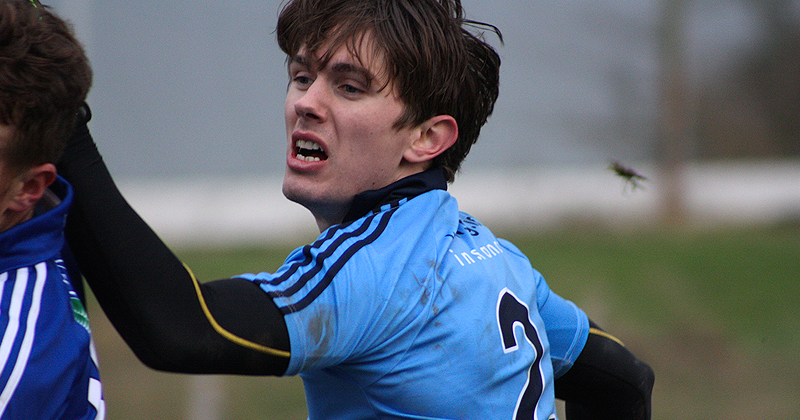 For many a fringe player in Jim Gavin’s ranks, breaking into that starting fifteen must sometimes feel like cracking a safe code. With so many seasoned seventy minute men ahead of them in the queue it would make you wonder how they remain dedicated to the line, watching, waiting for that moment when their inter county career might hit it’s ascendency.

There have been moments over the years when a player has made a serious impact on a Championship game. You only have to look at the likes of Kevin McManamon, Eoghan O’Gara, even Cormac Costello for inspiration. Gavin’s methodology of the strongest fifteen finishing has given Dublin fans some great individual performances when things were a little sticky in the melting pot.

On October 1st this year, Cuala’s Michael Fitzsimons was handed the torch to start in this year’s All Ireland Final replay against Mayo in Croke Park.

Little did he know the impact his performance would have on the game. There’s no denying that the only thing to enhance collecting his fourth All Ireland Winners Medal that day was being named unanimously as Man Of The Match by the RTÉ Sports Panel.

In his sixth year as a Senior Footballer, and at a time where Fitzsimons’ optimism may have started to wear thin, He made an impact that will be remembered for a long time to come. But he knows one game may not change his fortunes for the future.

“Unfortunately, I’ve got used to it the last two years,” Michael told the Herald.

“As it goes past quarter-final, semi-final, you are resigned to not being able to start.”

But start he did, marching in the parade before the throw in, and still on the field when Mick Deegan finally blew the full time whistle. And never thought for one second he’d receive the plaudits for his performance.

“I didn’t really think at any stage that I would be nominated for it,” he admitted, “because a lot things I was picking up was breaking ball or a bit of tackling and you don’t know how that looks in the grand scheme of things.”

With the 2017 season not too far in the distant future, the boys in blue will soon begin their preparations. Michael will be there of course. You could guarantee the Cuala man will have a part in the Allianz League campaign. Beyond that it’s anyone’s guess as Jim Gavin will be juggling with both hands to balance the panel for the year ahead. Fitzy’s mantra for now will remain the same.

“I probably go in with the mentality thinking ‘this is going to be the game that I’m starting’.”

“But I could be miles away from starting and I probably go into each game like that thinking that I’ve done enough to get in.”

“And when you find out that you’re not in it’s tough.”

“But any of the games that you feature in, or (starting) the final makes it all worthwhile.”

The Experts Have Spoken – Dublin Will Retain Their All Ireland...

ONE CHANGE TO MINOR FOOTBALLERS FOR ALL IRELAND QUARTER FINAL

Sean Cavanagh: If There’s Any Weakness At All Jim Has It...