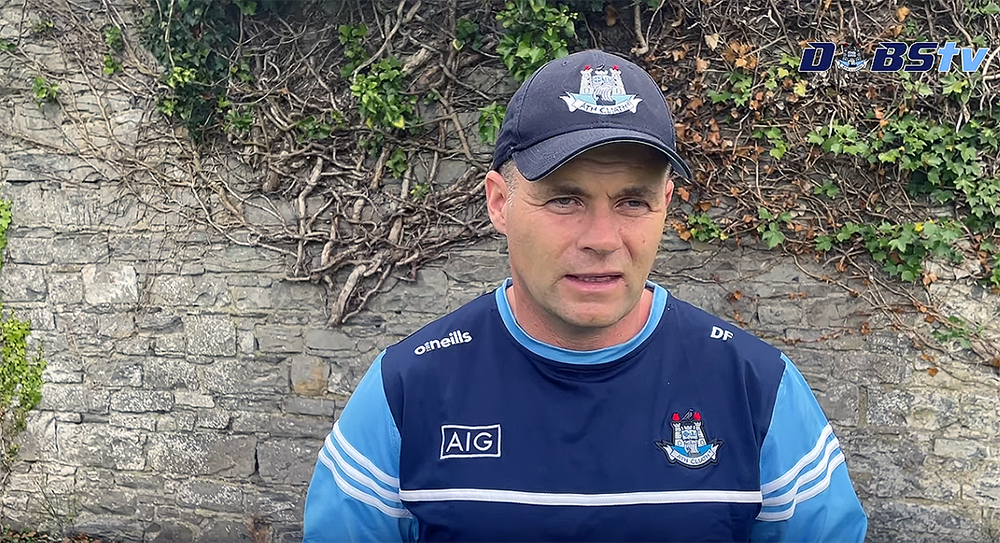 After a more than dominant 20 minute spell that brought Dublin their 12th consecutive Leinster Senior Football title on the bounce, Dublin supporters would have left Croke Park with this year’s League Campaign as a distant memory. The idea of playing Division 2 football next year will no longer be front and centre in their thoughts. Now, Dublin have put themselves back in as serious contenders to reclaim the All Ireland Championship.

Earlier this week, Dublin manager Dessie Farrell looked back on the National Football league. And has always been adamant that Dublin were building towards the Championship season. And on the evidence so far, that appears to be bearing fruit.

“We had a lot of bodies missing during the National League” Farrell conceded.

“We were integrating new players, trying out new things in terms of the game-plan and performance itself that weren’t really coming to fruition. And we probably still should have held on in terms of staying in Division 1 but we didn’t. And that gave us a reason to do some soul searching and reflect upon what it is we’re about and what it is we’re trying to achieve this season”.

He added that “even in the depths of your depression and failures there’s always some learnings and something to be taken from that”.

Consistency restored at the right time of the season

One thing that has been very pleasing is the Senior Footballers’ consistency in their three Leinster performances. And that’s come from a lot of soul searching after the league was completed. They dispensed of Wexford, Meath and Kildare with ease. And a mixture of youth and experience seems to be gelling finally.

“We went back to the practice ground and worked harder and we’re seeing some of that now”.

“It’s great for a lot of those young players. I don’t know how many of them have won Leinster medals for the first time. It’s probably strange for people to realise that because Dublin have been constant winners over the last number of years in Leinster”.

“But that’s the Leinster series done and dusted and we’re into the All-Ireland series and we know that’s going to be a different animal.”

“I’ve spoken before about the disappointment of our national league campaign and how humbling that was and it was very much topsy-turvy, up and down in terms of the consistency of performance. It’s great to see the application and consistency to this point in time”.